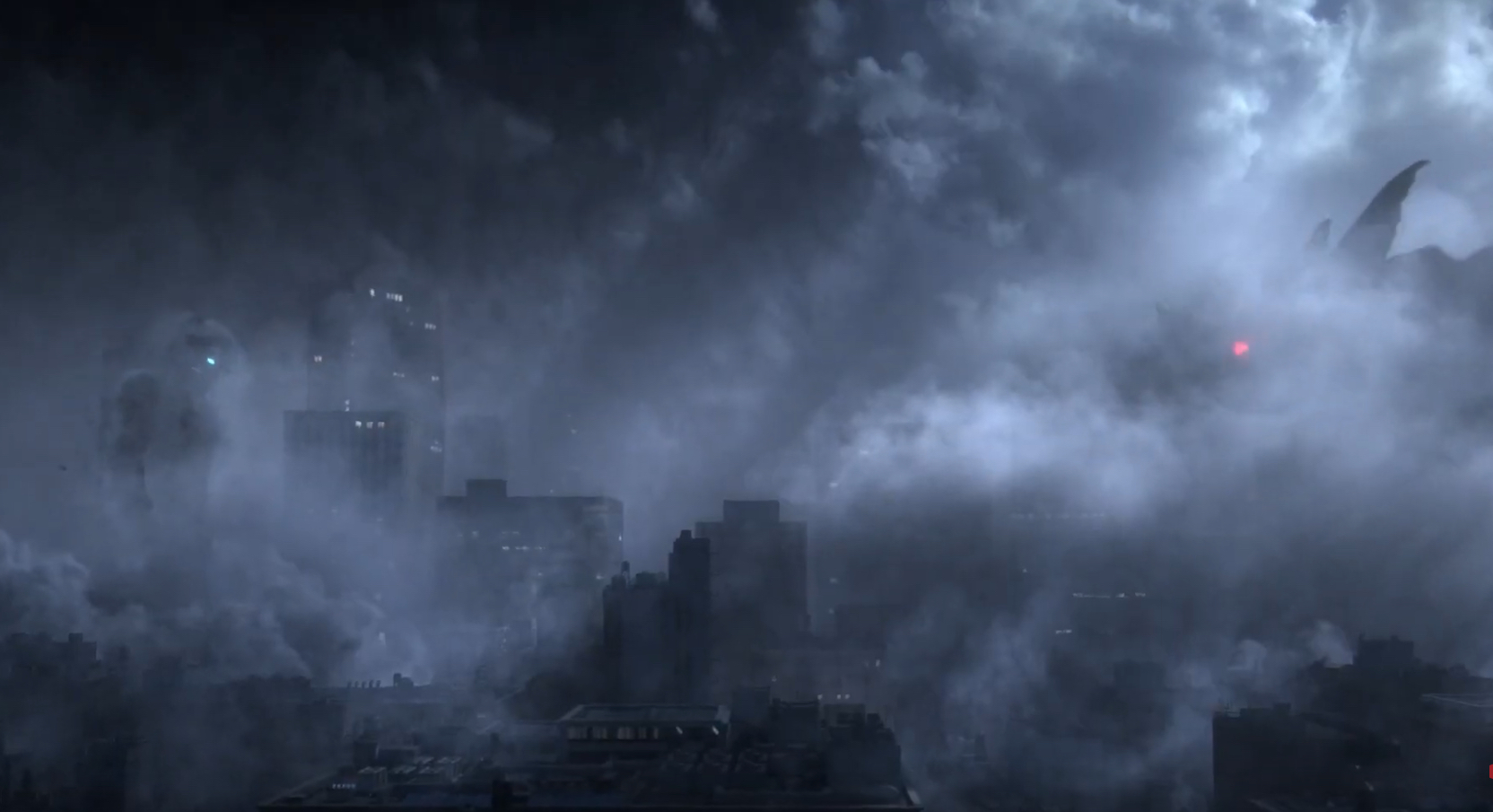 PlatinumGames is a Japanese video game developer that is renowned for its super hero works. One of their most popular works is the Bayonetta series. These games were huge for the hack-n-slash genre at the time and play well even still today.

Now, PlatinumGames has its sights set on another original work. It doesn’t have an official name, but rather is being called Project GG. Just what exactly is this game and what sort of thematic direction is PlatinumGames going for this time? Well fortunately thanks to a new teaser trailer, we don’t have to keep waiting in suspense.

We start off being shown a city under some sort of massive attack. People are running everywhere in the streets and debris and rubble are raining down from above. Whatever the threat is, it’s massive in scale. We’ve seen these chaotic scenes before in movies like Jurassic Park and Godzilla. Right away, Project GG has a very blockbuster tone to it that makes us wonder what’s on the horizon.

Guttural sounds are then heard in the distance, as to signal a terrifying monster approaching. A little dog is forced to stare at it in terror as he’s chained up. Just as a building starts to collapse and plummets towards the dog’s direction, an unnamed hero steps in and enlarges his mech suit. Alas, our knight in shining armor has arrived to save the day.

We then see the unnamed hero squaring off with what is presumably a kaiju. The term refers to large monsters; they’re often depicted in Japanese films. Just as the giant of steel is about to collide with the kaiju, the screen cuts to black. It’s the perfect teaser for Project GG.

PlatinumGames didn’t reveal too much, but gave us an amazing peak at what this latest game is about. You’ll get to go toe to toe with epic kaiju, keeping them from tearing down the city. Already, Project GG seems like a unique property that should garner a lot of attention out of the gate. Currently, there is no release date — but these early impressions are signaling an epic experience.

Looking at the trailer’s description, it says the game is a spiritual successor to both Viewtiful Joe and The Wonderful 101. That’s great news if you’ve played these action-adventure games back in the day. Project GG seems to have similar elements, only with much better graphics and tension. It seems like a winner.

Jul 4, 2022 Stephen West 100
Today we're going to talk about additional changes to the closed demo version of DarKnot. A park One of the main changes in the park was the...

Jul 4, 2022 Stephen West 250
Sea of ​​Stars is an upcoming turn-based RPG created by developer Sabotage Studio, developer of the side-scrolling platform game The...

Aug 25, 2021 Harry Alston 16340
After the huge success of New World's Closed Beta that ran at the beginning of August, the game was delayed until September 28th. While the Closed...