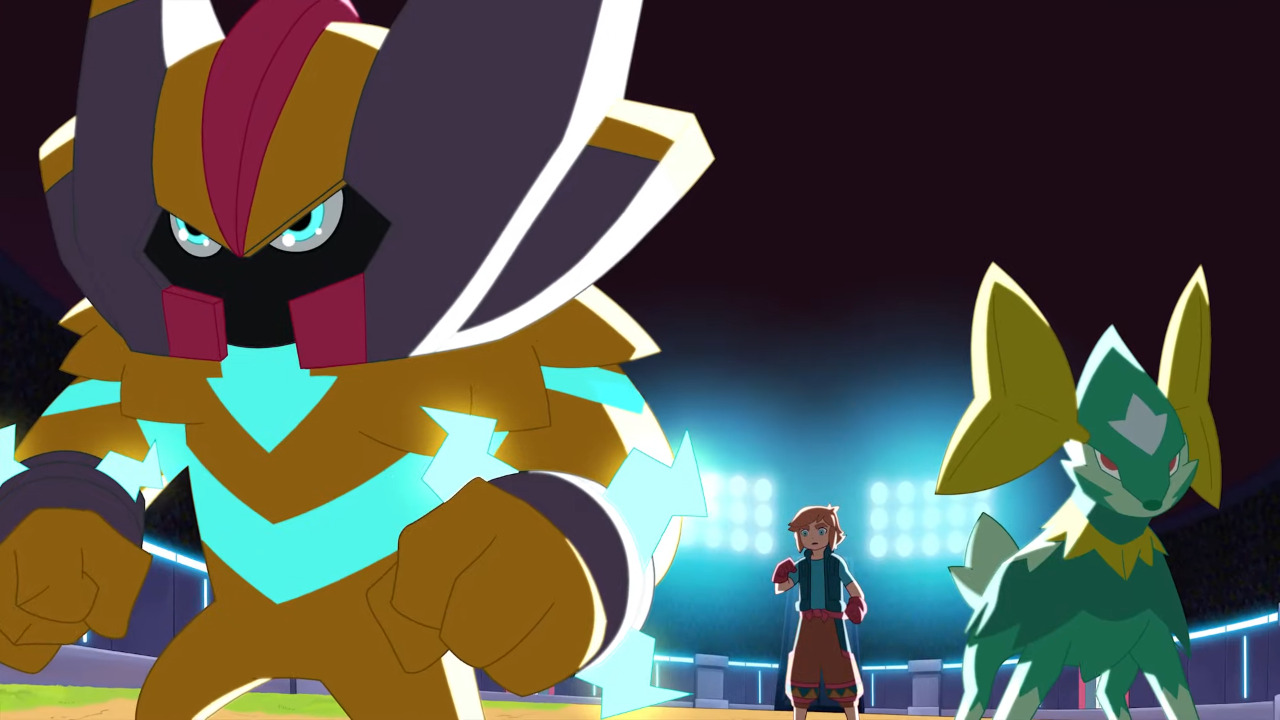 Temtem brought monster battling to PC in a move that Pokemon has yet to make, and it has fared well thus far; they’ve recently celebrated selling 500,000 units with the title still in Early Access, and monthly (sometimes weekly) patches and builds coming out to iterate on the content that is already found.  While there are absolutely eyesores to be found in the title that betray the Early Access status, it has thus far been celebrated by fans and critics alike as a competent addition into the monster battling and collecting genre.

Temtem developers Crema have taken to their website to announce a road map stretching into 2021 for upcoming content, scheduling mythical Temtem releases for capture along with various guild systems, PvP mechanics, Nuzlocke game mode, and a slew of other mechanics that all seem well and good.  What has some concerned is the official announcement of an upcoming in-game shop and Battle Pass system that, Crema assures, will only hold cosmetic items. 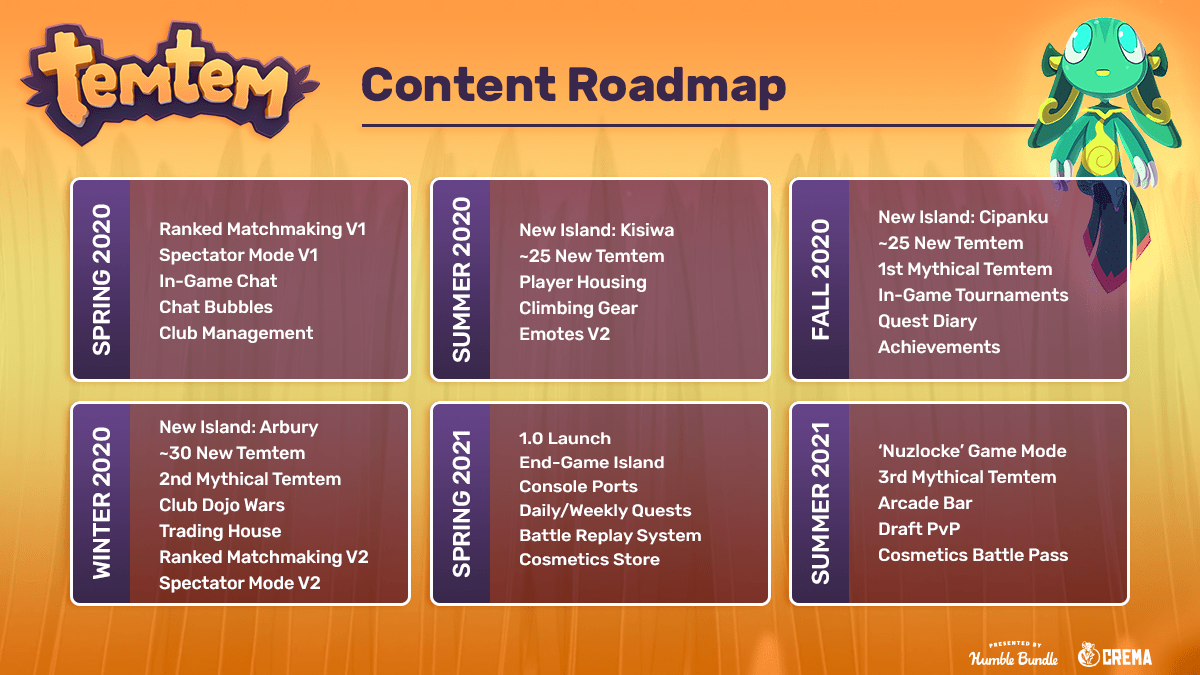 While many have taken pause to note the announcement of the microtransactions being added ‘in order to cover server costs’, we’ve reached an age where developers’ promises mean very little overall, as execution can vary wildly from original announcements and plans.  As the saying goes, the road to hell is paved with good intentions.

Yet there is very little for fans to do other than twiddle their thumbs and hope that Crema will be one of the few studios that maintain their current intent; it’s difficult to discern what may happen if the in-game microtransactions aren’t bringing the necessary income to Crema, and they may very well be moved to offer something more enticing to players.

Beyond microtransactions, there are other interesting bits found in the roadmap; the trading house, allowing users to trade monsters with each other, isn’t planned to arrive until Winter 2020, meaning users likely have nine months to wait before a staple of the genre is included.

Here’s a look at the complete content roadmap, in tidy and neat fashion 📋

We would love to hear what features you’re the most excited for!

And again, remember the full info is only available here: https://t.co/jSxLbhMyeX

The end-game island, allowing players to complete their journey, won’t be available until the Spring of 2021, which is well over a year from now.  It’s standard fare when it comes to Early Access titles piece-mealing a game together over time, and it allows users to help fund development costs while it’s in progress.

Finally, it’s worth noting that this roadmap is the likely scenario of development for the title of Temtem.  None of it should be considered as an oath taken with consumers or anything beyond an ideal plan that the development studio Crema has laid out.

Dec 8, 2020 Jeremy Green 3570
The PlayStation 5 has now been out for several weeks. For those that have been lucky enough to find the system at a decent price, they have been...

Aug 7, 2020 Harry Alston 17320
Temtem has been available on Steam in Early Access since January this year. It was announced this week that the game will make its way to consoles in...

May 30, 2020 Chris Miller 6370
Temtem showed up looking ready to smite the aging Pokemon franchise into the ground as GameFreak seemed to continue to struggle with iterations and...