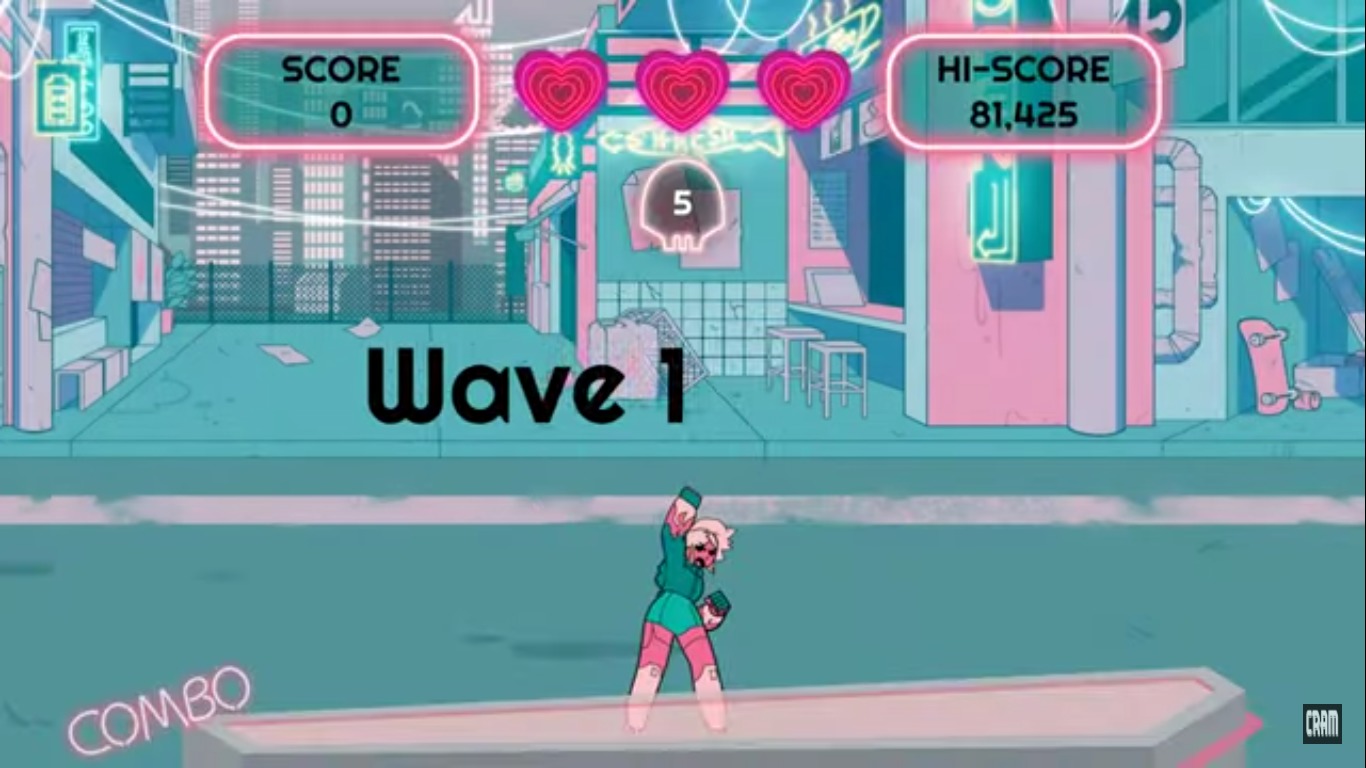 Roller Riot is an interesting cyborg filled cyberpunk-themed action game that was released on Steam for free. The game is available on both PC and mobile devices and allows players to punch and kick incoming opponents. Take part in a cyborg roller derby and battle against an enemy roller derby gang.

This game is very reminiscent of early browser games, but it includes design elements popular in modern games. Skate and battle your enemy by kicking and punching them as they approach you. This game is filled with cyberpunk action with a very retro design.

Get ready for the roller derby fight of a lifetime as you battle for a high score in this fast-paced beat-em-up. Punch, kick, skate, and battle the enemy cyborg roller derby gang as you establish dominance in the street with your non-stop skill.

Take on hoards of enemy robots as you seek revenge against a group that hurt you. The enemy will continue to spawn getting progressively harder, stronger, and faster. Adapt your skills and tactics as you battle an ever-evolving threat.

The controls are simple and intuitive allowing you to punch your way through every level. Use Frenzy Mode to knock out even more robot enemies as you go on a nasty destructive rampage and really send those bots back to the factory. With limited help, dodging enemy attacks becomes just as important as dealing out devastating blows.

Roller Riot has been released for free on several platforms. It provides a fun distraction and a new challenge for fans to experience while staying at home. The competitive high-score system will allow players to take on friends and compete to see who is the best Roller Fighter. Although the game currently has no multiplayer function, simply competing for the highest score might be enough to give payers a run for their points.

Enjoy a free cyberpunk adventure that is full of action and robots. Rather you are a roller derby fan or simply want to kick some butt, CB is ready to roll onto the battlefield.

Roller Riot is available on PC, Android, and iOS devices. Players can download it on their preferred platform and enjoy a casual action experience. MassDiGI has created this simple game with a deep story buried below a very colorful neon environment. Get ready for a Roller Riot as the bots line up for the revenge battle of a cybernetic lifetime.

Family Man Is Headed To Steam, And It Is Asking Fans How Far They Would Go For The Sake Of Their Familys

Gearbox's WWII Brothers in Arms: Road to Hill 30 Will Be Adapted Into TV Show