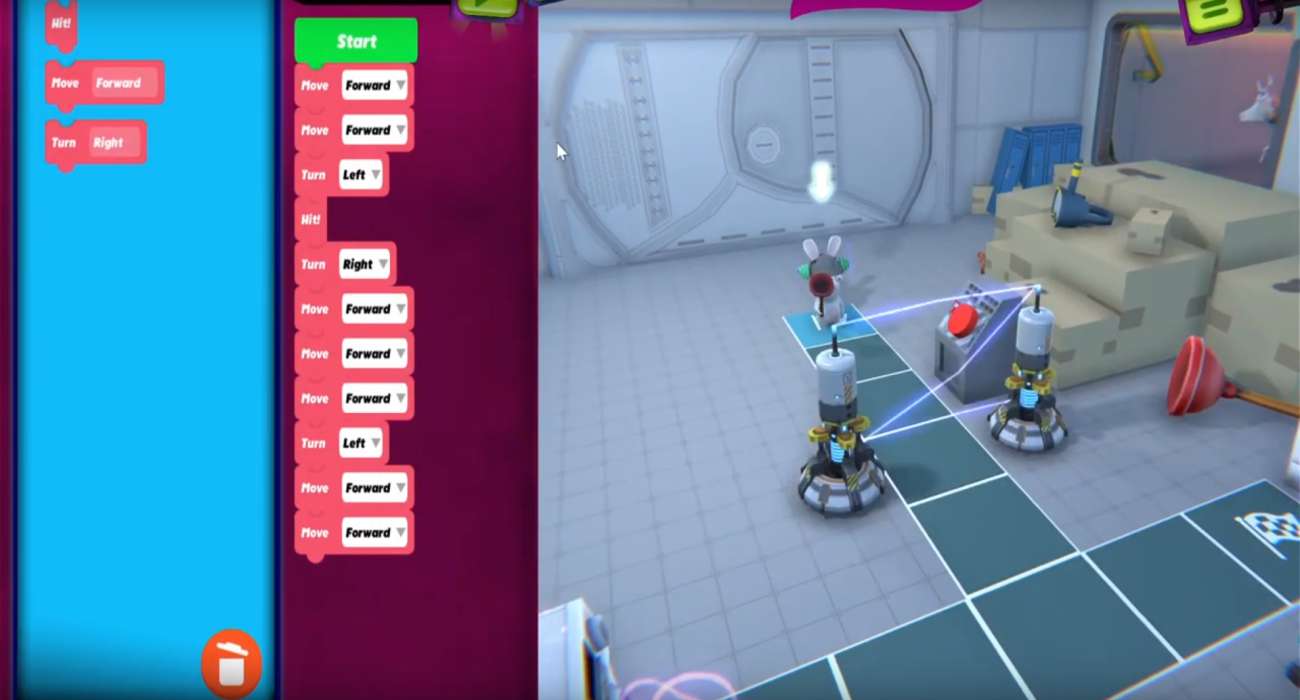 Educational games don’t get as much shine as today’s first-person shooters or RPGs, but they play an important role in molding gamers at a young age. There are actually quite a few great educational games coming down the pipe, and one of those teaches kids how to code. That game is none other than Rabbids Coding, which was developed by Ubisoft Montreal.

The game teaches children about the fundamentals of programming, but broaches these topics in a fun manner that children will be receptive to. The premise is pretty simple. A group of rabbids have gotten lose in a space station. To put them back in their place and deal with the aftermath they’ve caused, children will use blocks of code.

The game is intended for children ages 7 and up. It seems like a great way to teach practical skills that children can use later on if they have a real interest in picking up coding. This is such an important skill to have today. So many companies need coders, whether it’s to develop a company website or a functional app. Thanks to Rabbids Coding, children can get an early start into a coding career if they want. Even if they don’t, this educational game seems practical from a critical-thinking perspective.

Looking at the trailer, a lot of humor seems to have been infused in this game. That’s not surprising. Children don’t always have great attention spans, so when bringing up an educational topic or theory, you sometimes have to grab their attention with flashy or funny tactics. Ubisoft Montreal seems to have done this beautifully.

Starting the game off, children will have blocks of code they can use to order the rabbids around. Their inputs will dictate what the rabbids do. There is some trial and error in the beginning, but that’s where the learning can really begin. Children will see what their coding inputs do and can make adjustments based on what they see.

It’s a pretty interactive experience and brilliant game idea when you think about it. Sometimes children want to learn the ends and outs of how video games are made, and Rabbids Coding gives them a peak behind that curtain. Sure, the programming controls aren’t the most advanced — but they’re not supposed to be. They’re a simple introduction that can spark a child’s curiosity for future endeavors. Ubisoft Montreal deserves a lot of credit for making such a fun, practical game.