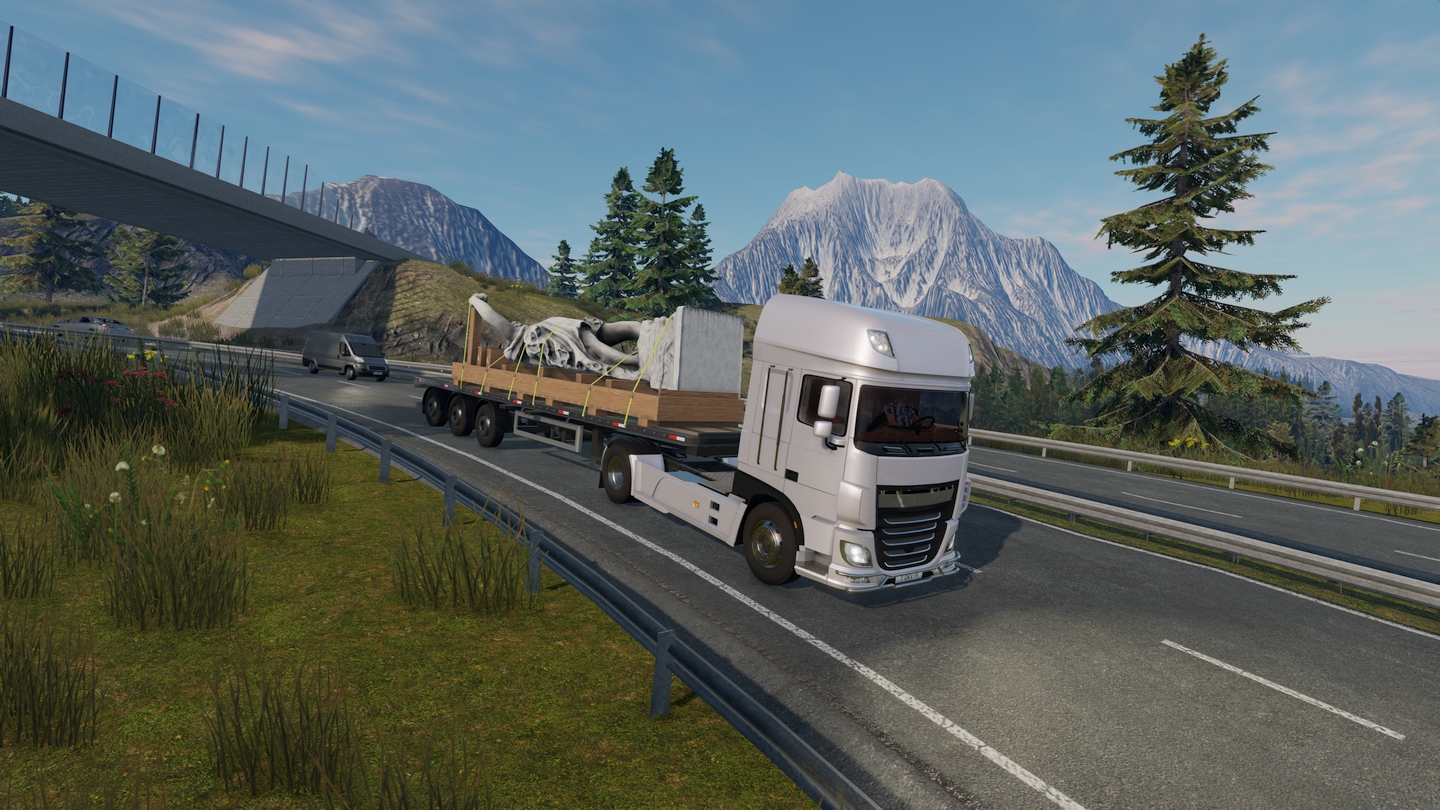 Soedesco has announced new changes coming to Truck Driver, including an upcoming release on PC via Steam and the Nintendo Switch. The game will now include a visual damage system that shows when vehicles are damaged on the road.

The news was made on the Truck Driver Update Video #10 posted on Soedesco’s official YouTube channel.

When the new update rolls out, players will have to be more careful about weather changes or other obstacles. Significant damage to a truck could mean expensive repairs in the future.

The visual damage effects are just one of the few updates coming to the game. Soedesco stated they plan to support the game for a long time.

Truck Driver is soon coming to PC via Steam and Nintendo Switch. In the “Time Week 11” video, the company went into detail about the upcoming Switch release. The Switch version will have the same content, but also some Switch-specific features that take advantage of the hardware.

Truck Driver is a truck simulation game where players focus on beginning a successful truck driver. Players will form bonds with the local community by assisting them with various jobs. Trucks can also be customized to fit the driver’s aesthetics as they explore an open world with diverse landscapes and other interesting locations. The world changes as players progress through the game.

“When you inherit a truck from your father, you decide to take your chance and move to a new city. Here, it’s up to you to make a name for yourself and earn the respect of the local community. Work with all kinds of people ranging from a constructor to a lumberjack and honor your uncle by making it as a Truck Driver!” states the official website.

The game is part of the truck driving simulator genre, which players may recognize from Euro Truck Simulator 2 or Scania Truck Driving. These games also have players driving a truck through different regions in the world.

Truck Driver is currently available for PlayStation 4 and Xbox One. The Nintendo Switch and PC release dates are not yet known.

Follow These Crucial Tips For Visiting Your Friends Within Animal Crossing: New Horizons To Maximize Bells