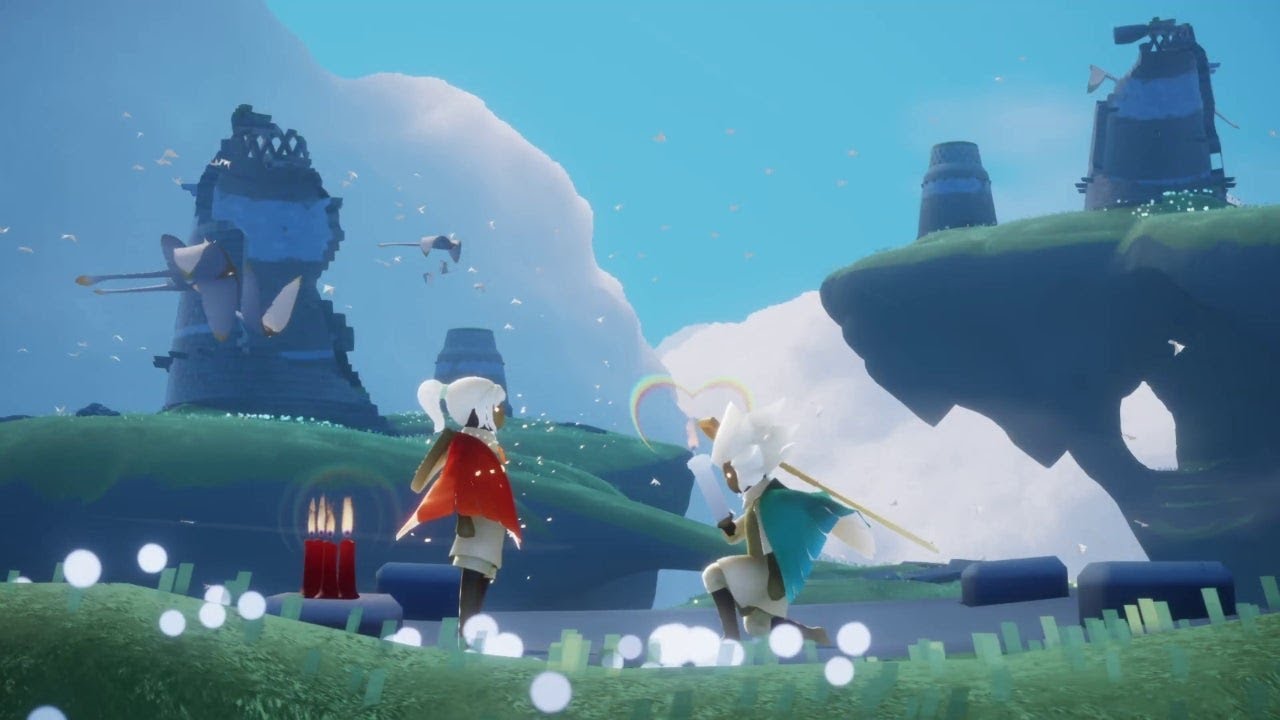 The creator of Journey Jenova Chen is committed to creating positive game experiences by working with the development team at Thatgamecompany. His new title, Sky: Children of the Light, is an exploration into kindness and altruism that makes for a beautiful mobile experience.

The beauty of working on a mobile platform is that the game will impact many people. Chen hopes that players will have a friendly experience and battle against human nature to keep the world friendly and peaceful.

When Journey released back in 2012, it was an instant hit to the gaming community. A beautiful world with an innovative story through almost silence was a beautiful piece to the gaming world. It was possible to finish the game alone, but many found joy in stumbling across other players and traveling together communicating from only chirps and physical actions. No words could be used to facilitate teamwork as you traveled the barren desert.

Sky seems like an evolution of the developer’s many ideas worked into a title. Early looks make the game appear as an online experience as players restore fallen constellations to help bring light to the world. As you explore the seven different realms, you will encounter strangers and have almost no ability to communicate with them. You do have the option to hold hands with up to eight friends and guide them through the game as you journey to bring light back into the world.

Flying is easy with friends as they can act as an energy reserve and make for better soaring. Chen imagines his world like a theme park with each realm offering a different experience for the users. Having the game open with people being able to interact is only begging for trouble. Chen expects this as customized cosmetics could lead to what Chen calls “karma beggars” resulting in players being love-bombed then abandoned for more gear.

“In childhood psychology, any gamer that goes to a virtual world immediately reverts to baby mode. The morality, the moral value, does not carry into a virtual space. In any virtual space, people are seeking maximum feedback. If I can get you frustrated and you display that emotion, that’s way more exciting than just me helping you out,” says Chen. Jerks exist in the gaming world, and this is part of what makes Sky such a unique project. Rather than keeping with human nature, Chen challenges players to be better than themselves.

The game will be available on iOS and Android devices once it is fully released.

SKY: CHILDREN OF THE LIGHTJOURNEY