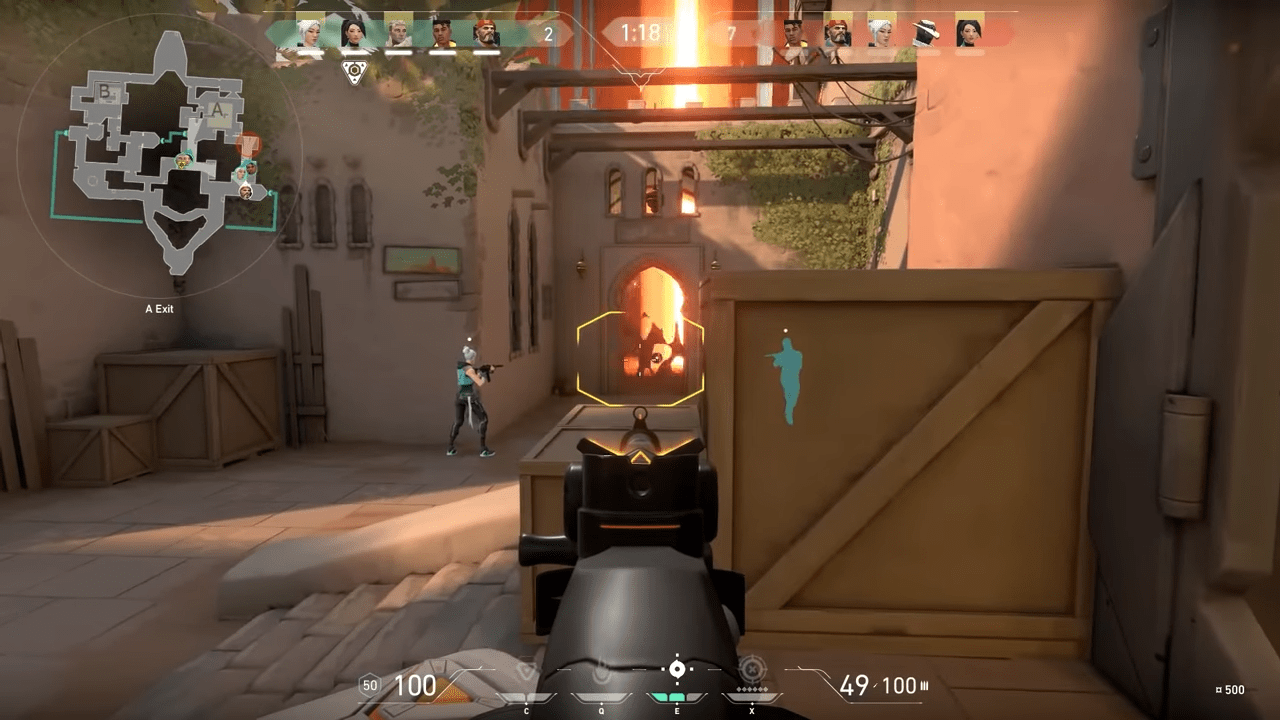 Rootkits be darned, anti-cheat that is always running on your PC that slows down other games, and even the surprising difficulty of getting into the actual closed beta access by watching a surprising number of Twitch streams; Valorant already has a bit of a cheating problem, and it’s starting to become noticeable for fans of competitive shooters looking forward to kicking back and blowing off some steam. From users sprinting around maps with only a revolver and instantly head-shotting everyone they look at, to snipers murdering entire teams by themselves, it’s frustrating.

It doesn’t look like the end is anywhere near, either.

Unscrupulous cheat developers have begun offering free Valorant cheats across a wide variety of websites, and they’ve been running rampant on servers for the past twenty-four hours or so.

Whereas the cheats started off being generally cordoned with paywalls in front of them, they’re now largely free, and users are grabbing them up and ruining games, because what else are they going to do with their life?

It’s mildly concerning, as this was a high-point for Valorant, and the primary reason that the vast majority of users opted to sign-in and install their anti-cheat Riot Vanguard on their root: a ruthless anti-cheat system that would ensure that the playing field was consistently level, or at least that everyone involved was playing fairly. If the anti-cheat is failing at the function, then the frame drops that Vanguard is causing outside of Valorant are arguably even less defendable.

It’s failing to do its job to the point that cheating has quickly become widespread. It’s an ongoing battle, and everyone has a lot at stake. On one hand, you have Riot that will frankly only be able to continue the hype of the game by ensuring it’s competitively viable for every user. On the other hand, you have cheats and bad actors that are attempting to stir up as much outrage as possible about Riot Vanguard.

The question on everyone’s mind is where does Riot possibly go from here? Frankly, you can’t get much more intrusive in terms of anti-cheat than a rootkit on your PC, and every match that is single-handedly shut-down by one blatant cheater kills just a bit more of the competitive magic that we’ve all excitedly gathered to experience. Hopefully, a solution will be coming forwards sooner rather than later.

Valorant's Anti-Cheat Is Causing Frame Drops In Other Games; It Can't Be Disabled