Last December, on the tenth, the Nintendo Switch launched in China. Frankly, beyond a small beating of the news regarding the fact that the console took off with one first-party title, Super Smash Bros, it went relatively smooth with little to no roadblocks. However, due to the preserved nature of china and the low level of information leaving the country on such issues, other parts were not considered or even considered.

First posted on Reset-Era by user KSweeley, there also is a collection of tweets by Daniel Ahmad detailing the way Nintendo Switch works in china, the games, and how these games are regionally inaccessible and reverse region locked. This means residents can only play online with their fellow residents, and those outside China would find it fruitless to get a copy of the game.

The packaged version of New Super Mario Bros. U Deluxe released in Mainland China today. It released on the eShop during launch last year.

The blue icon bottom left signifies that it is a Tencent published title and it only works on the Tencent Nintendo Switch console. pic.twitter.com/snWIfVu5mX

Evidently, all games on the Nintendo Switch in China, similar to the console itself, are published by Tencent. Surprisingly, the console can also play non-Chinese copies of Switch titles. However, none of these titles will be able to gain access to Tencent’s online. Thus, ensuring non-Chinese copies of any game that could contain trademarks unauthorized by the Chinese government are lesser to local copies because of their disconnection problem.

Due to the trademarks left on Tencent published copies of games, and knowing they are reverse region-locked, is the reason these games are not playable on Nintendo Switch consoles in other parts of the world. The agenda is pretty apparent, isn’t it? Greed and control. Some opinions say that it’s a way of keeping the great firewall intact, whereby keeping Chinese players and the rest of the world separated.

Additionally, it helps in stopping Nintendo from importing copies of games. These titles are priced at an affordable price than those published internationally—Within China $40, and outside of China, $60. This is a smart move from China because Nintendo disallowing these Chinese copies from working on non-Tencent consoles ensures other players around the world won’t be able to buy these games at a considerably low price. These also apply to digital copies of the games as well.

One reason behind this weird reverse region lock system is because Tencent published games are priced at RMB 299 (Approx $40).

This might explain why global Switch users cannot purchase physical or digital Tencent published games because Nintendo would miss out on that $20.

It would be worth considering that the inability for foreign consoles playing Chinese copies of the Nintendo Switch and the inability to gain access to the Tencent servers should serve as a discouragement to people who were initially considering importing an international console. And also the earlier aspects of Chinese copies being cheaper in-country than outside the country. 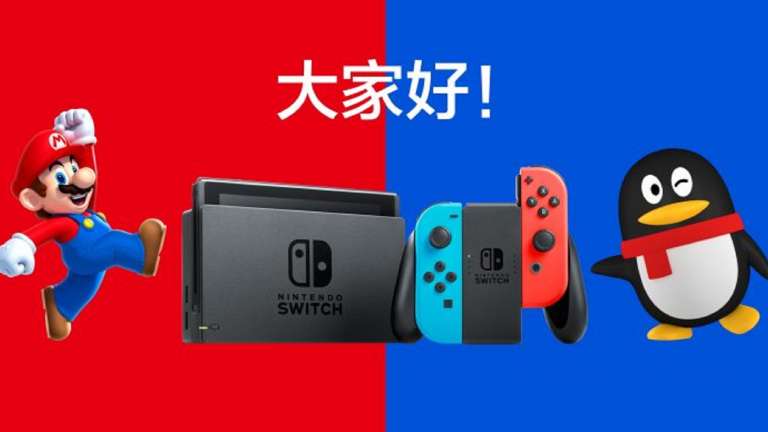 Jan 16, 2020 Emmanuel Giovanni 11410
Last December, on the tenth, the Nintendo Switch launched in China. Frankly, beyond a small beating of the news regarding the fact that the console...