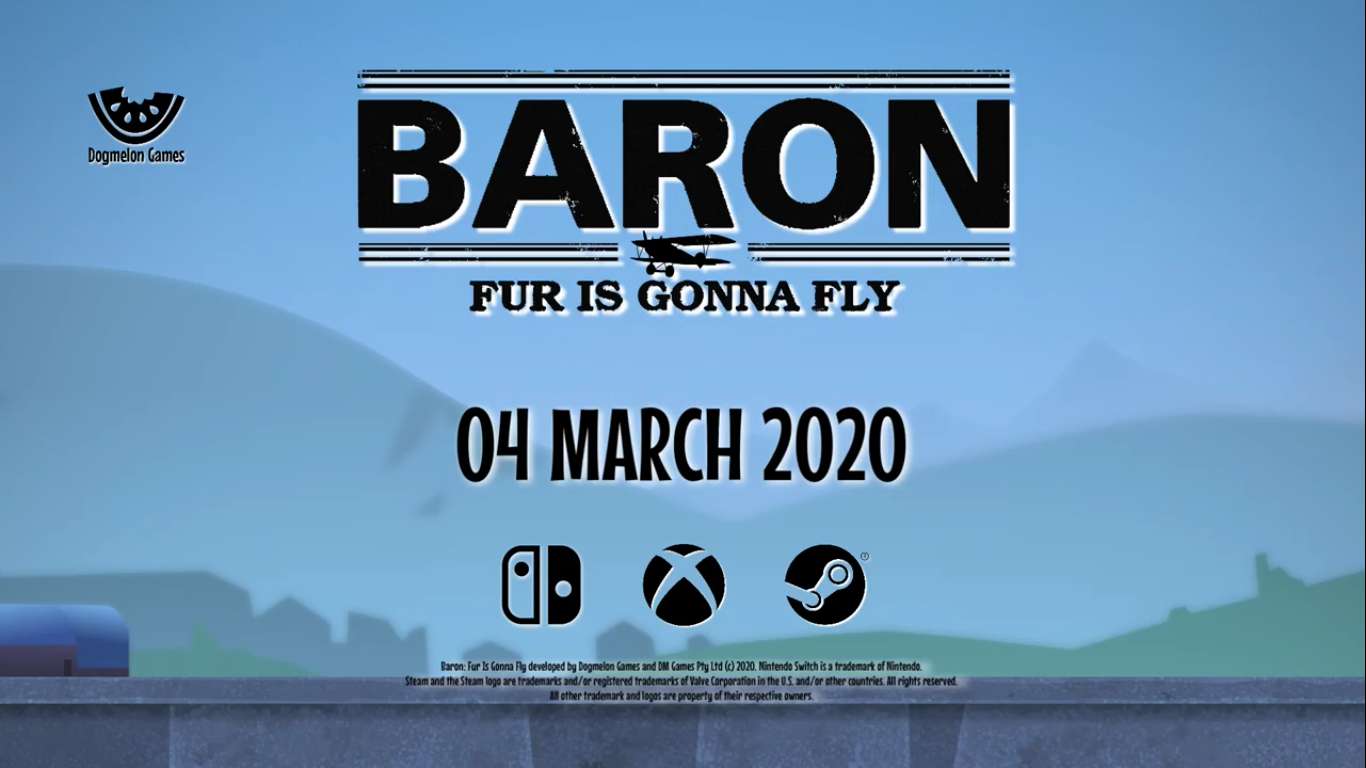 Dogmelon games is super excited to be announcing their new dogfighting game, Baron: Fur, which puts the dog into dogfighting. The game is set to release on March 4, 2020, for PC, Xbox One, and the Nintendo Switch.

Players will fight in the sky with up to seven other players using a wide variety of weapons. From Gatling guns to anvils, players will do whatever they must to take out pilots. Weave through the sky and show off your aerial acrobatic maneuvers while enjoying beautiful blue skies and intense multiplayer battles.

Animals have taken to the skies in the best that early 20th-century aviation technology has to offer, biplanes. They then fulfill their duty to shoot each other down in a wacky combat game. These are literal aerial dogfights, as they include actual dogs.

Players get to choose between eight different critters, each with their own unique personalities. Baron von Fluffe-Botte is the cover animal for the game and is a high-flying sausage dog. He brings his friend Colonel Hock, a mother pig who followed her dreams and proved pigs can fly. Each character comes with their own style, voice, and victory theme.

There are several different plane styles to choose from that each handle a bit differently. They are semi-historically accurate aircraft with unique handling, speed, armor, and weight. Each ship is tuned to bring out the best in both ace-pilots and budding flyers, creating a unique blend of challenge and skill. Players can customize and upgrade their planes between rounds, changing equipment, and weapons to suit the needs of the battle better.

Although the aircrafts themselves are historically accurate, the weapons are definitely not. Players can equip more than 13 crazy weapons to blast the other critters out of the sky. Historical accuracy really loses ground for fun, action, and wacky innovation. Players can wield the colorful Balloon Bomb or the Flamethrower, if all else fails you could always take out the enemy with the Stinky Fish

Players can team up in co-op mode or embrace the chaos of a dog fight in the aerial free-for-all mode. You can practice in training mode or compete tot get the highest school in Sheep Attack by rounding up sheep and putting an end to their aerial menace. 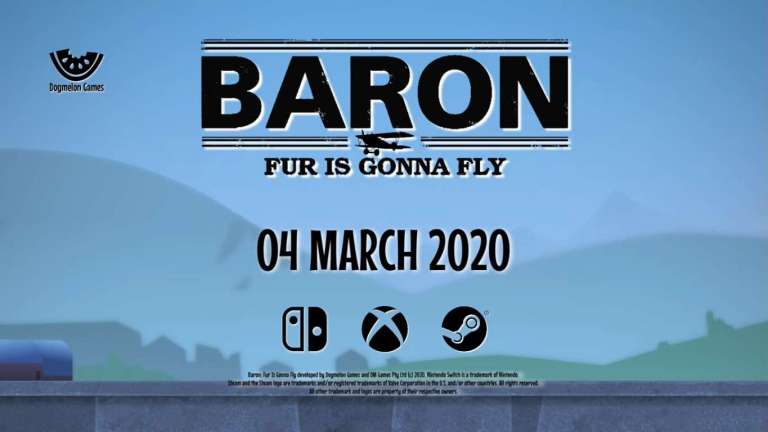 Feb 9, 2020 Joshua Goodpastor 8640
Dogmelon games is super excited to be announcing their new dogfighting game, Baron: Fur, which puts the dog into dogfighting. The game is set to...