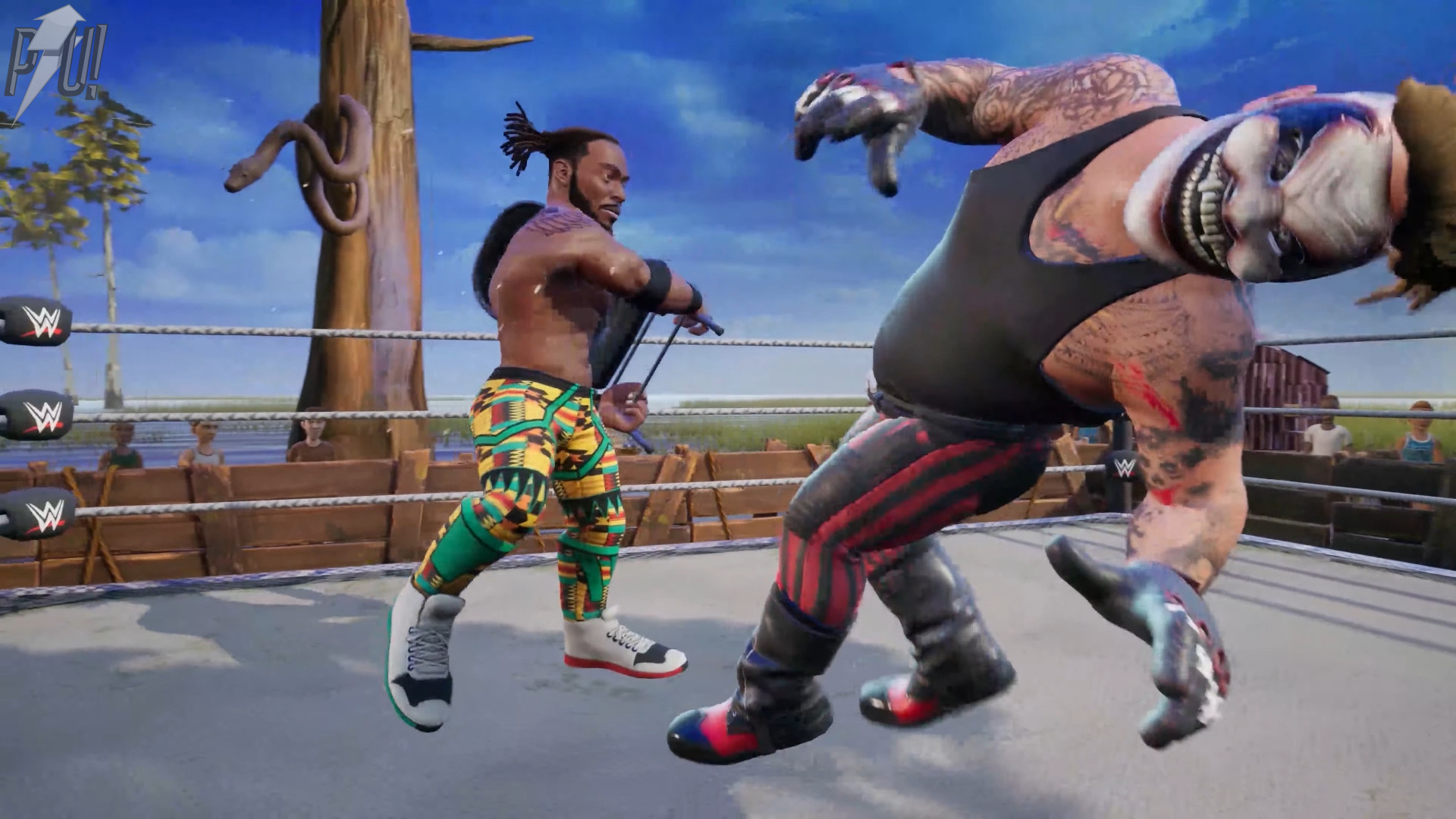 Following the WWE 2K20 debacle, 2K confirmed that they’ll be skipping 2K21, and instead revealed an arcade-style game called Battlegrounds, which is being developed by Saber Interactive, who are the developers behind the NBA Playgrounds games.

Recently, Sean O’Connor, the game’s executive producer, provided the general details for WWE 2K Battlegrounds‘ single-player story mode, which will feature Paul Heyman, who is working as an agent, searching for a new WWE superstar, with a little bit of assistance from the legendary “Stone Cold” Steve Austin.

Before beginning the story mode, players will be able to choose from seven original, pre-created custom characters who will fill the role as WWE’s next big star. To progress through the story, the player will compete in various matches and eventually earn a contract to have a match at WrestleMania. Also, the game’s executive producer said that the events of the game will be told in a comic-book style.

O’Connor also said that the story will feature multiple branching options, including what sounds like side quests. He also said that the things you can do on the side are optional, as players will be able to push through the main story only if they choose to.

“I can’t even remember exactly how many matches and nodes there are – it’s kind of a branching thing. There’s some things you can do off on the side and earn different rewards, or you can just do the golden path straight through the middle to finish it sooner if you want.”

Recently, 2K shared some screenshots from Battlegrounds, which confirmed that all of the following stars will be playable when the game launches.

As of right now, it’s unclear how many wrestlers will be featured in 2K Battlegrounds, but as you can tell from the list above, it’ll be a mix of current stars and legends. Also, it’s likely that more wrestlers will be added at a later date, but given that the game is being published by 2K, all of the post-launch add-ons will require VC or real-life money to unlock.

WWE 2K Battlegrounds will release on September 18 for the Nintendo Switch, PC, PlayStation 4, Google Stadia, and Xbox One.

Dec 27, 2020 Aaron Hans 8850
Over the next few weeks, this year's WWE 2K game, subtitled Battlegrounds, will get weekly roster updates that'll add a mix of current stars and...