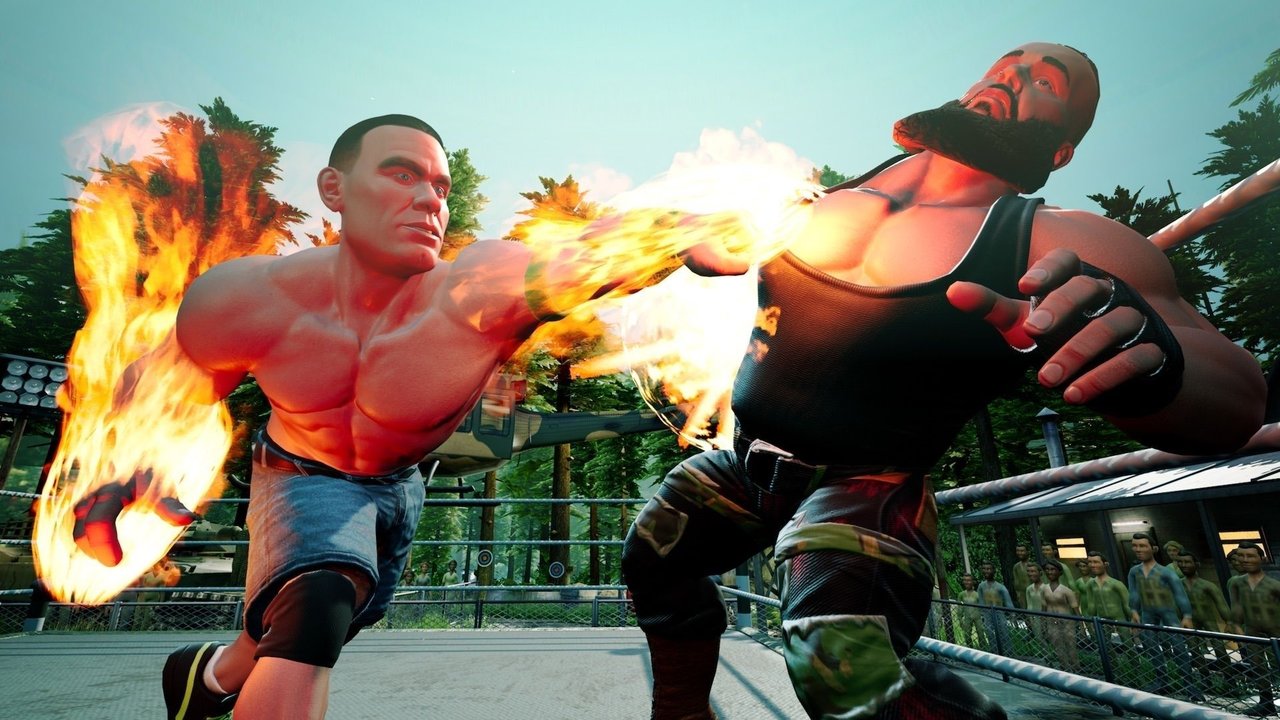 After the debacle that was WWE 2K20, the longtime developer of the pro wrestling sim decided to take a step back this year, while still releasing a new game. However, this year’s WWE game, called 2K Battlegrounds, will be an arcade-style wrestling game, similar to 2011’s WWE All-Stars.

Instead of being developed by Visual Concepts, who did 2K20, WWE 2K Battlegrounds will be developed by Saber Interactive, who have done two arcade-style sports games: NBA Playgrounds (2017) and NBA 2K Playgrounds 2 (2018), both of which were pretty well-received, but were filled with microtransactions similar to those featured in NBA 2K’s MyTeam mode.

While we still don’t know a ton of gameplay details about WWE 2K Battlegrounds, we finally know its release date, as it was revealed to be September 18. You can check out the game’s release date trailer below.

While Saber Interactive works on finishing up WWE 2K Battlegrounds, Visual Concepts is hard at work on WWE 2K22, and according to Patrick Gilmore, who was recently hired by 2K to be in charge of 2K22’s development, the game will take inspiration from classic wrestling games like WWF No Mercy and WWE SmackDown: Here Comes The Pain.

“We are looking at much-loved previous games like No Mercy or Smackdown: Here Comes the Pain, along with top franchise installments, and more modern wrestling and fighting games to build an all-new philosophical foundation for the game. People who hope that we holistically adopt the control scheme or philosophy from one of their favorite games are likely to be disappointed; we are trying to combine the best ideas out there into a brand new wrestling experience that sets a new standard.”

With quotes like that, combined with the fact that Visual Concepts is taking an extra year to develop the next WWE sim, the expectations for WWE 2K22 might be pretty high. Of course, while it might not meet expectations, it can’t be any worse than 2K20 was, which was titled with bugs and glitches upon its release, some of which still haven’t been fixed.

As of right now, Saber Interactive hasn’t revealed the roster for WWE 2K Battlegrounds, nor have they revealed any gameplay details or game modes, but with the game scheduled to be released in a little over two months, we’ll likely hear more about all of the aforementioned details soon.

WWE 2K Battlegrounds will release for the Xbox One, Nintendo Switch, PlayStation 4, and PC on September 18.

Zoids Wild: Blast Unleashed Is Planning Its Release As A Nintendo Switch Exclusive This October