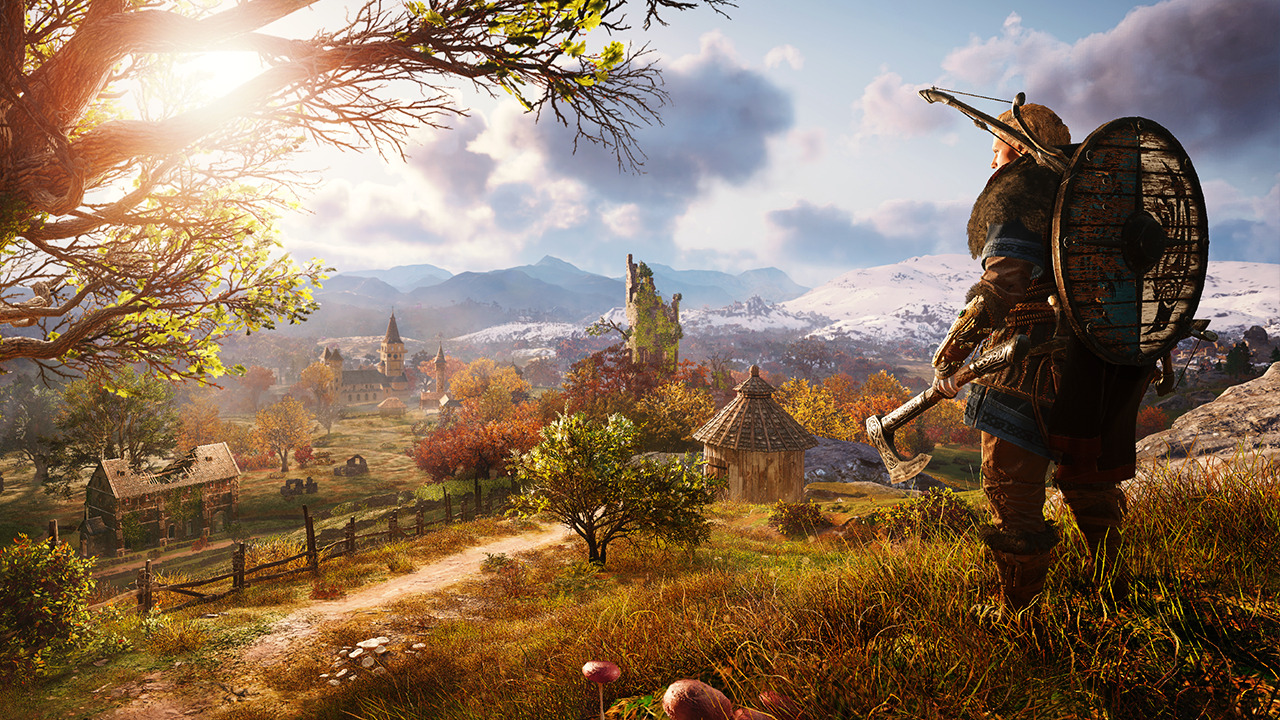 In Assassin’s Creed Odyssey, players were stuck playing as the character they chose after selecting them, but Ubisoft has confirmed that this won’t be the case in Valhalla, as players will be able to switch the main characters’ gender at any point in the game.

Earlier this week, the developers showed how this will work via Twitter, and you can check out the post below.

This was described by Narrative Director Darby McDevitt as a new feature that ensures both male and female versions of Eivor are considered canon.

The feature is backed up by new lore that upgrades the abilities of the Animus#AssassinsCreed Valhalla pic.twitter.com/SlV5Q0Bh7v

This is coming on the heels of the controversy behind the scenes at Ubisoft, as Jason Schreier recently reported that Kassandra was supposed to be the only playable character in Assassin’s Creed Odyssey, but the marketing team and the creative lead wouldn’t allow it because, in their mind, women don’t sell. Of course, this is a very strange thought to have, especially when you consider the fact that a game like Horizon Zero Dawn, which featured a female lead, was one of the best-selling and highly regarded titles of the current generation, and AC Odyssey was released well after HZD.

After the higher-ups at Ubisoft wouldn’t allow Kassandra to be Odyssey’s only lead character, the developers made it possible for players to choose Alexios, who is Kassandra’s brother, as the game’s main protagonist. However, Alexios’ voice acting is far worse than Kassandra’s.

“Over the past few weeks I’ve talked to more than 40 current and former Ubisoft employees about sexual misconduct and abuse allegations,” said Jason Schreier. “Their accounts make one thing clear: Ubisoft has known about these problems for years.

“Among many details I learned while reporting this piece: the developers of Assassin’s Creed Odyssey wanted Kassandra to be the only playable lead, but Ubisoft’s marketing team and creative lead Serge Hascoët wouldn’t allow it. Women don’t sell, they said.”

Unlike with Odyssey, Valhalla’s two playable main characters will have the same name and the same backstory. In Ubisoft’s take on ancient Greece, if you chose Kassandra as the lead, Alexios would also appear in the story and was a big part of the main narrative, and vice-versa. But, in Valhalla, both lead characters fill the same role, regardless of who you select.

Assassin’s Creed Valhalla will launch for the PlayStation 4, PS5, Xbox One, Xbox Series X, and PC on November 17.