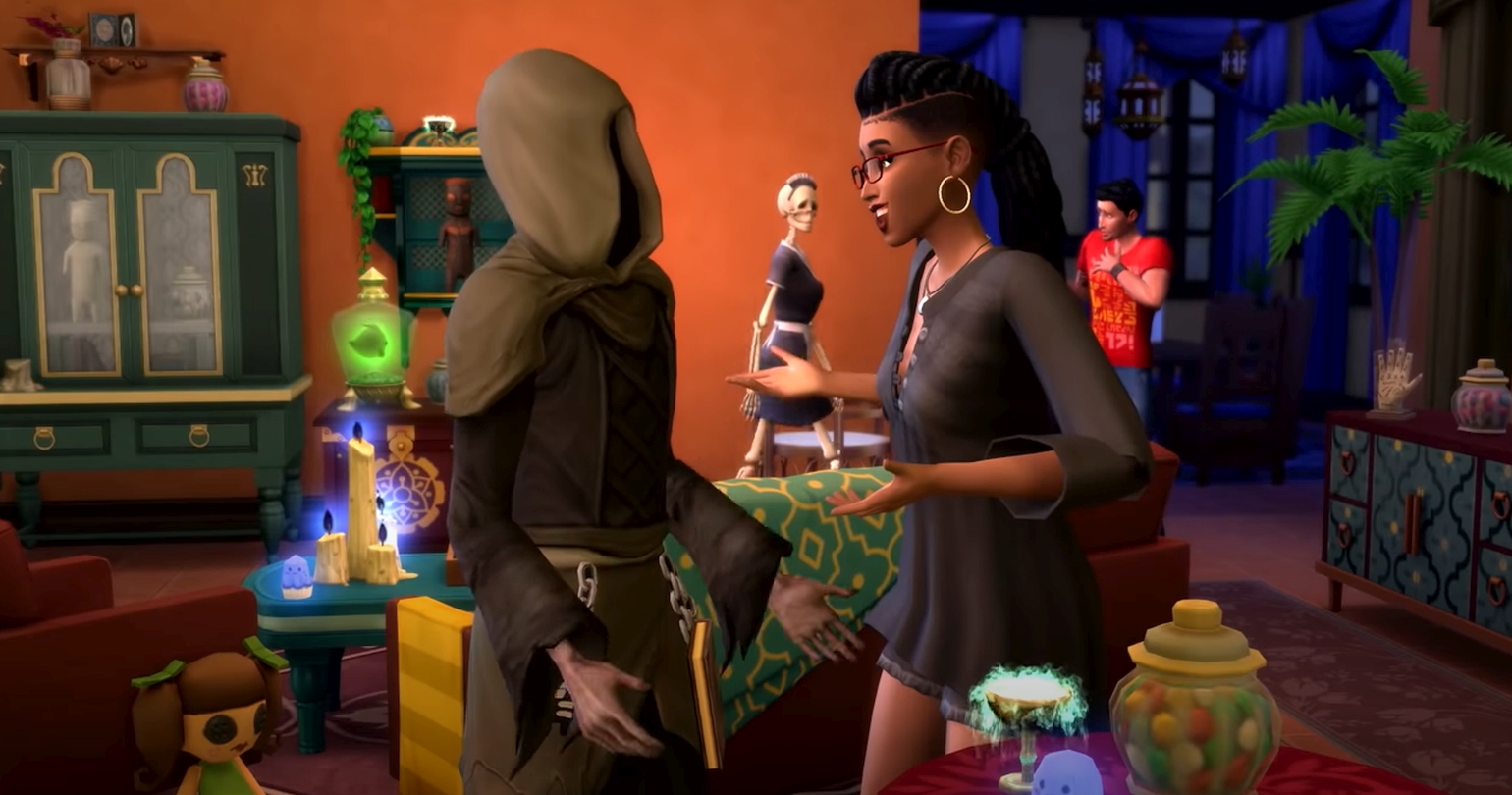 Maxis and EA have revealed the next Stuff Pack for The Sims 4 called Paranormal stuff. The pack will mark the eighteenth Stuff Pack released so far for the game.

The Paranormal Stuff Pack will introduce even more supernatural content into the game. Players could already access ghost and the Grim Reaper with the base game, but now players will have more ghastly options. A new trailer dropped today, showing off some of the new content.

RELATED: The Last Of Us Part II Reportedly Might Not Have A Multiplayer Mode Upon Release

Players will have the opportunity to create Haunted House lots. These special areas will have a higher opportunity to conjure spirits, but not all of them are nice. The spectral guests can cause mischief and mayhem to unsuspecting living residents. Sims can appease these specters to relax for eternity or allow them to continue their antics.

The new pack introduces a new character named Claude René Duplantier Guidry the Ghost. The kind specter is happy to advise Sims on how to cleanse their home of overactive spirits. If players want to remove the supernatural elements from their homes completely, they can remove cursed objects, perform a seance, speak with the dead, and more.

RELATED: Xbox's Phil Spencer Claim To Have A Great Relationship With Nintendo, Hinting At Future Partnerships

The Paranormal Stuff Pack also brings back Bonehilda, the maid, who was first introduced in the first game The Sims: Makin’ Magic then didn’t return until The Sims 3: Supernatural. Bonehilda acts as a maid but also does minor repairs. It’s unknown what her full role will be in the upcoming Stuff Pack.

The career doesn’t follow a typical The Sims 4 career path. Players will take on freelance gigs from Sims to expel unwanted spectral visitors from their homes. With the new pack, the spectral will begin to increase, so players in this career will have plenty of work to do.

The Paranormal Stuff Pack contains several other additions. They include new furniture and objects themed after the supernatural, plus more Create-a-Sim objects.

In the last Community Stuff Pack Vote, the “Paranormal” theme was the second-place winner. The theme lost out to Arts and Crafts, which eventually became the Nifty Knitting Stuff Pack.

The Sims 4 – Paranormal Stuff Pack launches on January 26 for PC, PlayStation 4, and Xbox One.