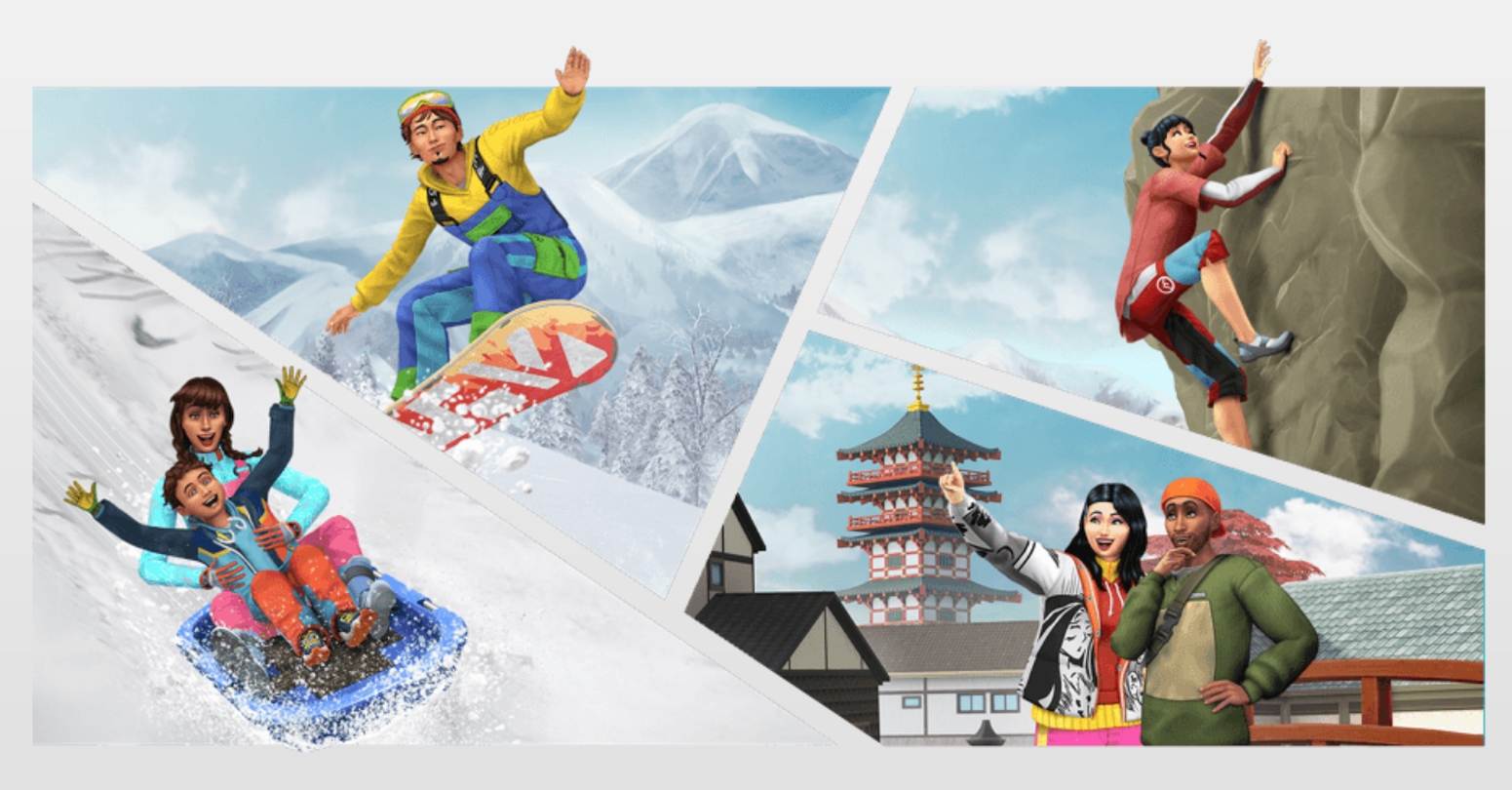 EA and Maxis recently revealed the next The Sims 4 expansion pack called Snowy Escape. The team made it clear that the new world was inspired by Japan, from its hot springs to Mt. Fuji-inspired Mt. Komorebi.

However, not all The Sims 4 players were thrilled about some of the imagery in the Snowy Escape trailer. Many Korean players in the comments pointed out the use of the “rising sun” pattern used on some of the clothing, which is deemed as offensive. Japan no longer uses this imagery, and players were surprised that no one informed the developers. Others believed that the pattern was not the “rising sun” but a fan pattern, but it was difficult to tell from a single trailer image.

Commenters also pointed out the religious shrines, where a Sim is seen bowing. The series has mostly stayed away from religious activities, so many were surprised to see this in the trailer. This moment in the trailer was also called out by Korean commenters.

Maxis was quick to address the issues. In a Twitter thread, SimGuruGraham first apologized, then stated that the team was working quickly to address the criticisms. The trailer was the first to receive the changes.

Hi, Simmers! We modified the reveal trailer for The Sims 4 Snowy Escape and have made changes to the pack to respect our Korean players. I want you to know that those changes will be in-game when Snowy Escape launches.

The Sims team announced weeks ago that they were working to become a more inclusive experience for everyone. They have already begun to roll out updates that revamp certain hairstyles. In a few weeks, there are plans to release a major base game update with new skin tones and makeup options. Both will include a color wheel since the update includes over 100 options.

Others were slightly more critical of Maxis’ actions. They wondered why it took the developer over five years to update the game’s Create-a-Sim options but worked within a few days to address feedback within Snowy Escape.

Some players were upset that Maxis was changing their “original vision” in response to fan feedback, even creating a Change.org petition. However, the petition has had little response, with only around 300 out of 500 responses so far. Maxis made it clear it was a mistake and already made the changes.

Overall, Maxis is working on listening more to player feedback, even if they don’t quickly resolve the issues. In a past statement, the developer stated that making the game more inclusive is a journey and not a single goal.

The Sims 4: Snowy Escape launches on November 13 for PC, Mac, PlayStation 4, and Xbox One.

May 26, 2021 Harry Alston 600
It's been a busy spell for Apex Legends. The launch of Season 9, Legacy, alongside the new Bocek Bow, World's Edge back in the ranked split, and the...

May 18, 2021 Harry Alston 1720
The newest update for Apex Legends in a jam-packed Season 9 adds new a new Arenas map to rotation - Thermal Station - and adds a bunch of new ALGS...

Mar 3, 2021 Lisa Nguyen 2410
EA and Maxis have officially announced a new type of DLC content for The Sims 4 called "Kits." Players discovered the new content in a recent update...