It’s pretty much confirmed that Horizon is the next legend arriving in Season 7 of Apex Legends, which starts on November 4th. This Story of the Outlands is the newest animated trailer/teaser from Respawn and highlights the touching backstory of the character, and gives some hints about her abilities and other general lore.

Horizon’s story plays out a little like Interstellar with a whole bunch of space travel, time warping, and the mastery of crystals which seemingly allow the creation of black holes. This is more than likely going to be a key part of her ability set when she arrives in the Arena.

RELATED: Final Fantasy XV: The Dawn of the Future, English Edition, Is Headed To Bookshelves This Summer

Dataminers and leakers were able to get hold of key information about Horizon over the past few weeks, and it’s likely she has some sort of “black hole” ability, although no one knows how this will work until we get a proper legend trailer in the coming weeks. Her in-game character looks pretty interesting, and she’s also the first Scottish character in Apex Legends.

The animated short also has some key hints about what to expect in Apex Legends Season 7, mostly about the brand new map supposedly arriving on November 4th. Olympus pops up several times throughout the teaser and this coincides with information leaked and mined over the last month.

There’s also a giant rocket (like the ones that will supposedly launch from World’s Edge) and some ships that look similar to the machine slowly making its way towards King’s Canyon. It also gives a good idea of what Olympus might look like, with some futuristic buildings and terrain supporting the idea of a floating city/larger map than either World’s Edge or King’s Canyon.

With Apex Legends Season 7 just around the corner – and brought forwards a week to November 4th – it’s not too long until players can get their hands on the new content, legend, and a brand new battle pass.

RELATED: Overwatch 2 Is Introducing A Lot Of New Changes Compared To The Original, As Reported At BlizzCon

More information will likely arrive later this week or into next week, with a battle pass trailer, new legend trailer, and probably a trailer highlighting some features of the new map. Apex Legends will also launch on Steam on November 4th with the Nintendo Switch release date pushed back into 2021, which at least guarantees further support into the next year. 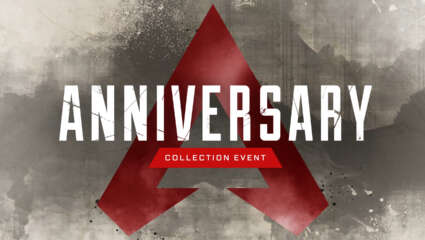 Feb 9, 2021 Harry Alston 2490
The Anniversary Apex Legends Collection Event starts today, with a free prize track, a new LTM, and the option to buy heirloom shards to purchase one...

Feb 1, 2021 Harry Alston 1550
Respawn handles Apex Legends in a very unique way. Every 3 months there is a sizeable update with gun changes, a new legend, and any adjustment they...