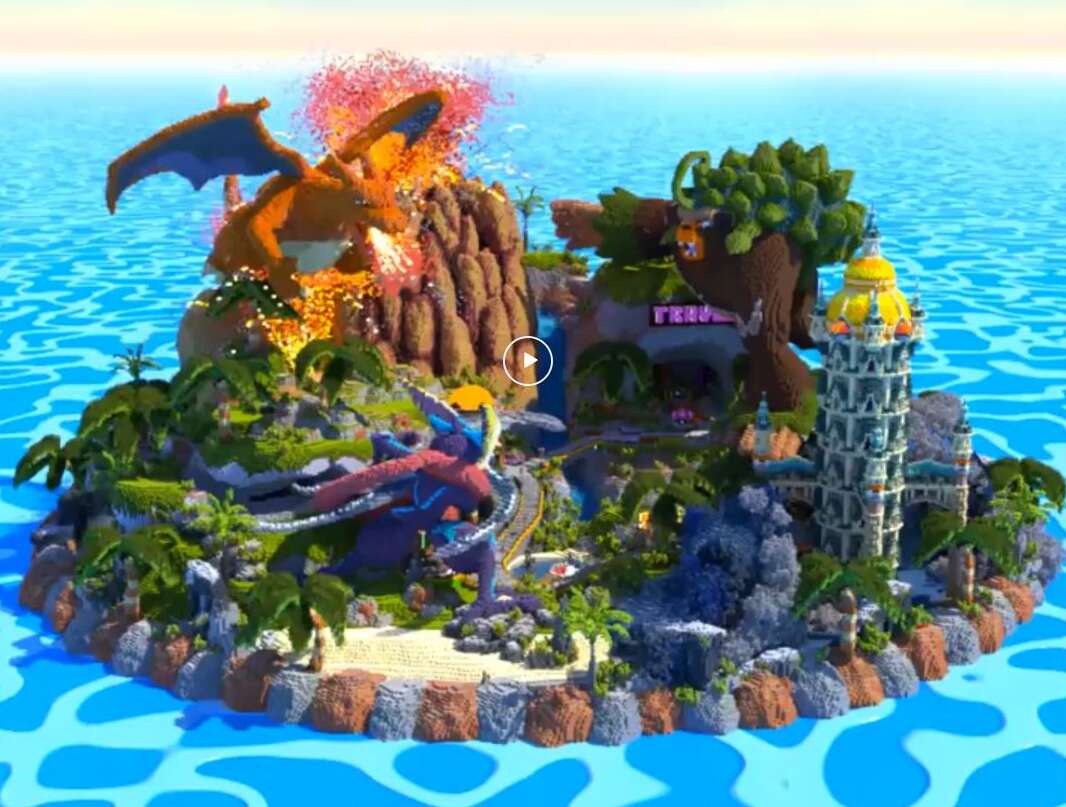 Minecraft‘s Reddit is full of players that love to show off their amazing creations or to suggest new features to the game. Some of the user-created content includes everything from recreating the Gulag from Call of Duty Warzone to creating a rocket using nothing but ordinary Minecraft items like Sticky Pistons and Slime Blocks.

These creations are usually posted to Reddit, where the creator can get feedback and suggestions on how to make the device or building even better! One prime example of this collaborative nature behind Reddit is the Connect 4 map, which was created by LilDennnn.

This video was posted to Reddit by SirArzey, This video showcases the island, which has been overrun by both the new Pokemon like Greninja, and even the classic Pokemon makes an appearance. Charizard can be seen flying high above the island, looking to release its fire breath. 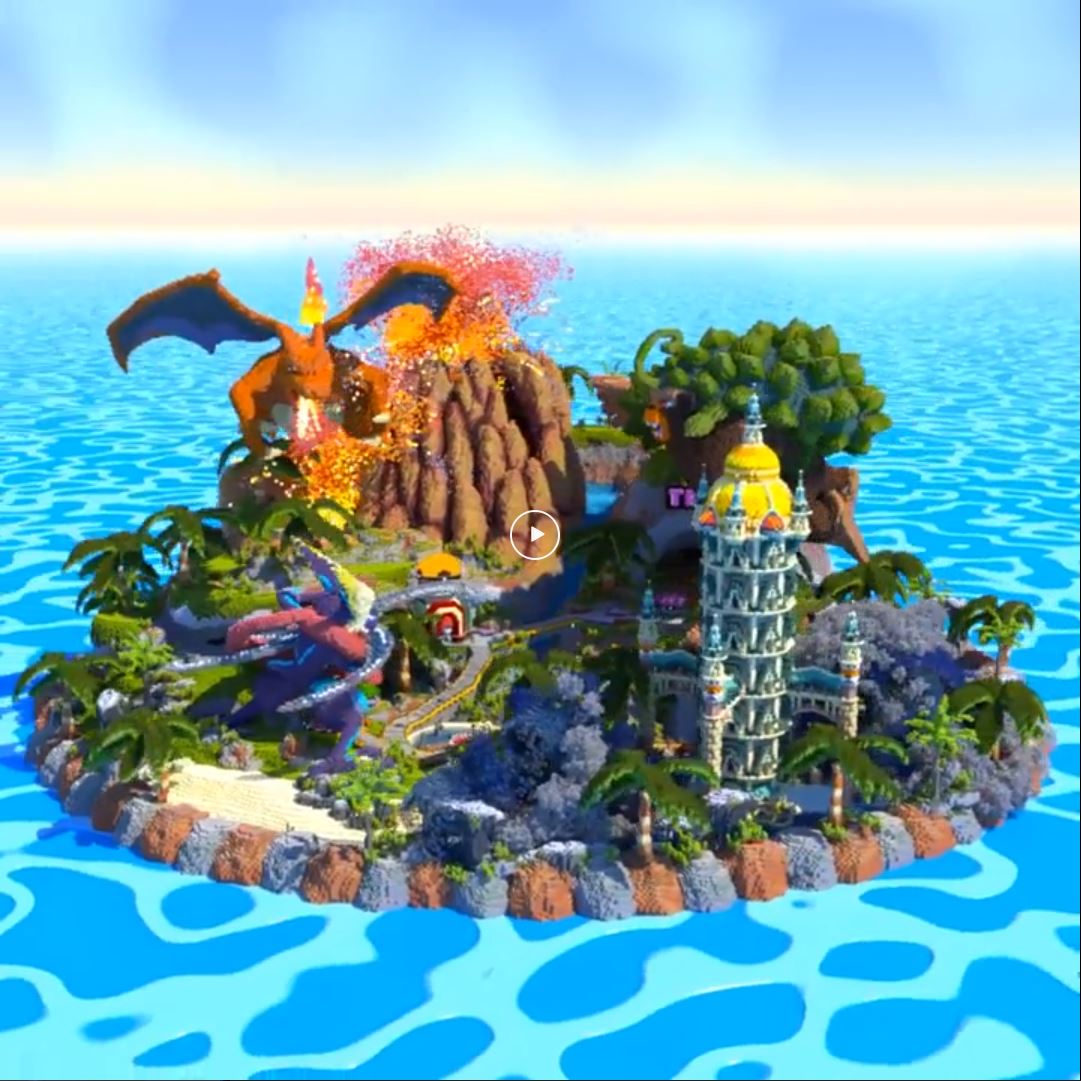 Charizard and Greninja aren’t the only large Pokemon in the middle of the fight; there a Rillaboom climbing toward the Charizard. These large Pokemon are mid-fight, and the fight is seemingly heading towards the only town on the island.

Charizard may have led to the volcano’s eruption and the lava flowing out may lead into the water further expanding the island!

The detail shown in this video is fantastic, and SirArzey has stated that it took him “Couple of Weeks and Some Muscle :)” That takes a large amount of talent to complete this level of build, in just a couple of weeks by yourself, or with just a couple of friends. 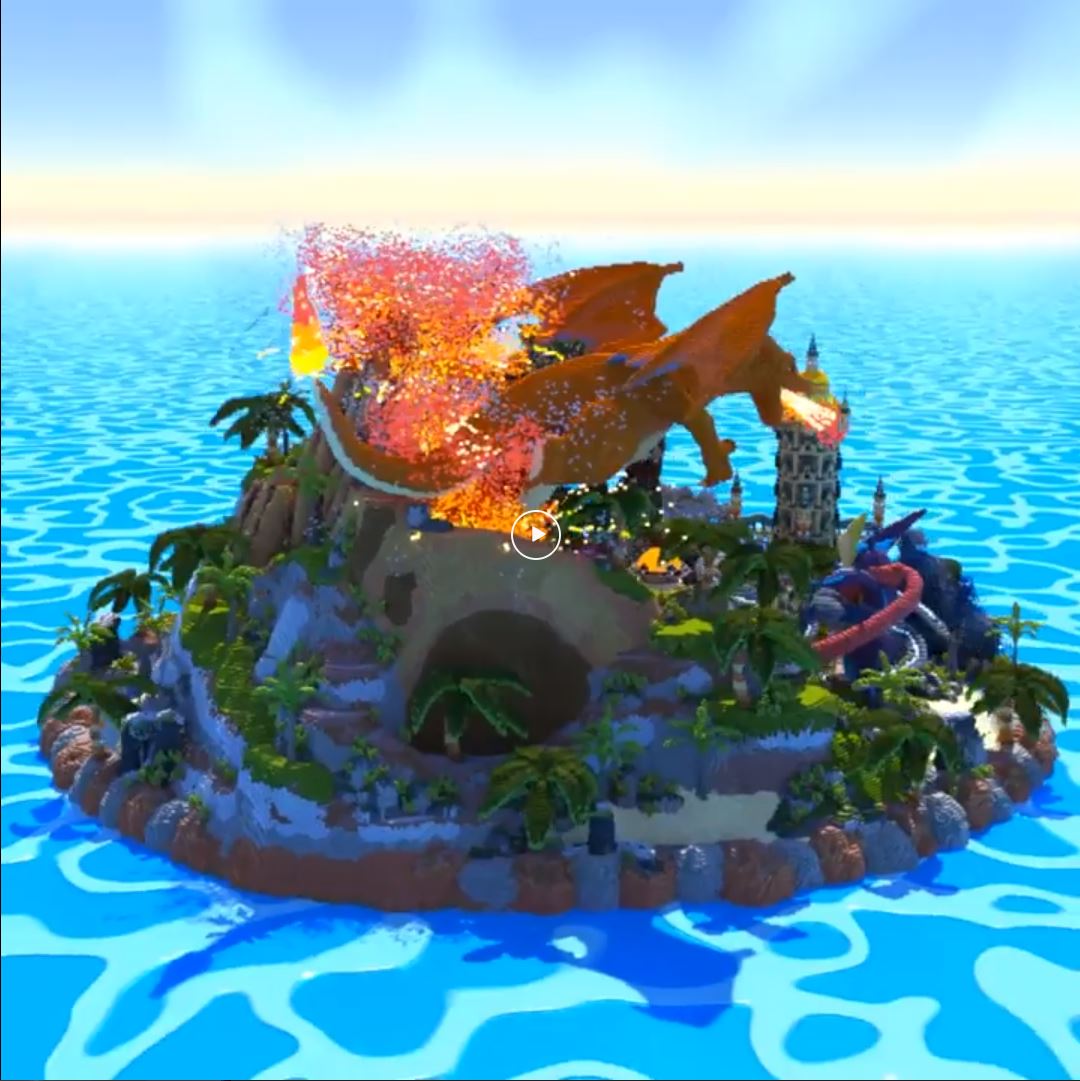 The detail on the back of the island still fantastic, featuring mountain ranges covered in grass, and the palm trees are being littered throughout the backside of the mountain.

Even with a few Minecraft builders, this level of detail would be hard to create, everything from how Charizard is breathing fire to the Towns PokeCenter to even the rocks surrounding the town just shows the hard work that went into creating this island. 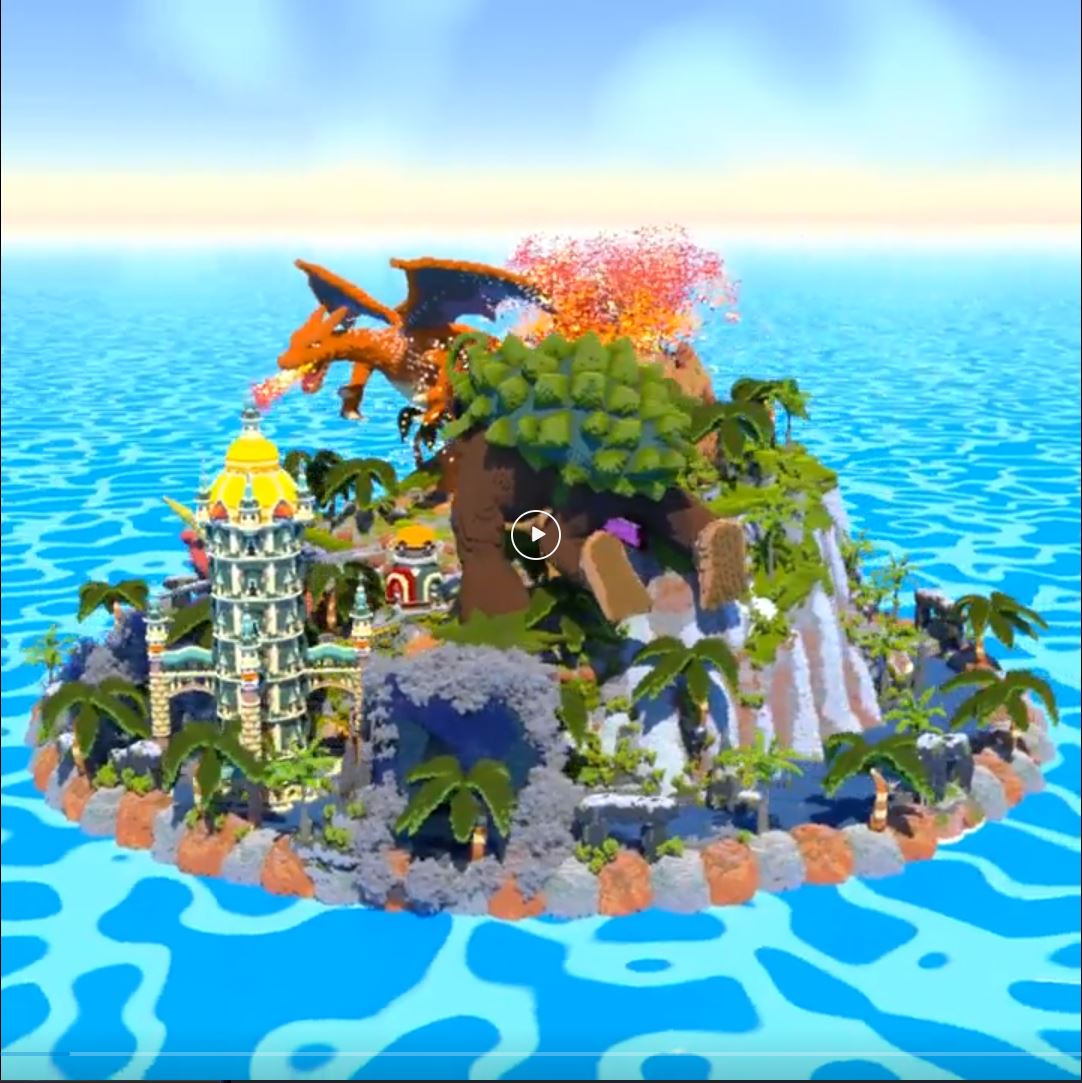 The tower on the island could potentially be the tower that holds the final four, where players will have to fight through the island’s gym leader and gain the needed amount of gym badges. Climbing the tower can make the player the pokemon master!

Surrounding the town and slowly getting crushed by the large Pokemon is the palm trees being littered throughout the island.