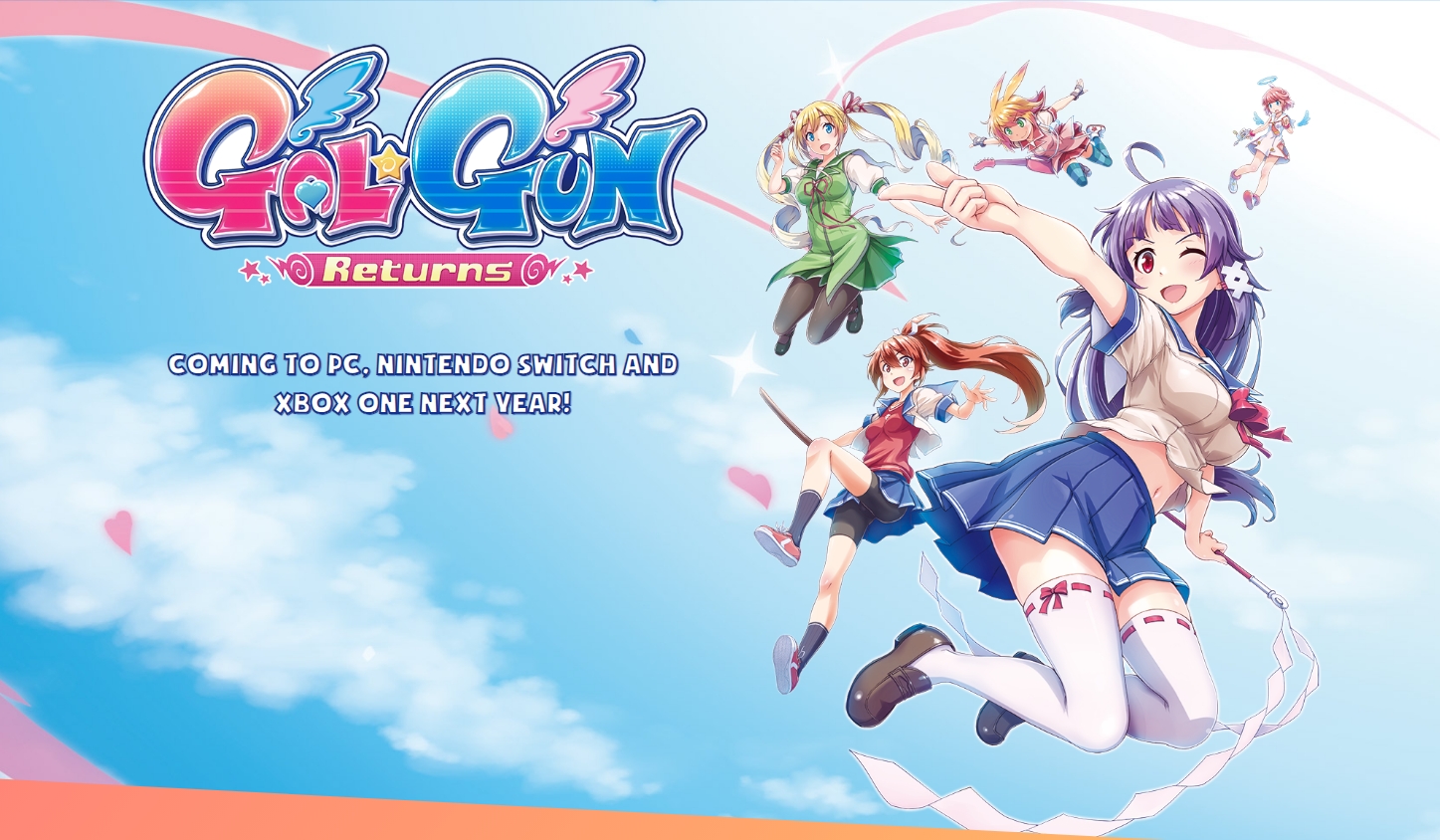 PQube and Inti Creates recently announced the return of Gal Gun for PC and consoles next year. The game is a reimagining of the original Gal Gun game that was not released in North America. Along with the announcement was a new trailer, an English website, and collectors’ edition details.

Gal Gun Returns is a mixture of a visual romance novel mixed with an action shooter. The game tells the story of a man who becomes super popular with the women around him. He now has to deal with unwanted advances from women he isn’t interested in.

However, the hero is interested in one particular woman. While he tries to get to know her, he has to use a special weapon to fend off everyone else.

The original game’s first debut in January 2011 for the Japanese Xbox 360. It was later released on the PlayStation 3 with new characters and PS Move support. The remastered version will contain over 70 characters. This includes all of the main heroines, angels, and all of the students and faculty at the academy.

RELATED: Destiny 2 Xur Returns For The Week Of May 22nd, Bringing With Him Celestial Nighthawk Helmet For Hunters

Story Mode contains the full campaign, but there’s more to the game than that. The game also has a special “Doki Doki Mode” that is unlocked if certain conditions are met. If players manage to fire at multiple angles, they’ll receive a special bonus.

Additional mods include Score Attack Mode, where players show off their sharpshooting skills. Doki Doki Carnival expands Doki Doki Mode to focus on several characters at once instead of only one woman. Players can then review Gallery mode to check out over 250 illustrations from both the old and new titles.

Most of the DLC costumes will come pre-loaded into the game. Players won’t have to purchase them separately.

It’s been ten years since the original Gal Gun was released. The publisher mentions that the character designs have gone through a few changes that include new hairstyles and other small additions. Brand new CGs for each heroine’s introduction will also give former players something to look forward to.

The official website for the game has new character renders and brief biographies for each heroine. Every one of the 70+ female characters is fully voiced.

Gal Gun Returns is scheduled to launch on PC via Steam, Nintendo Switch, and Xbox One in 2021.

Dec 30, 2020 Lisa Nguyen 4250
Inti Creates has announced the cancelation of Gal Gun Returns on the Xbox family of consoles. The official announcement was made on the official...