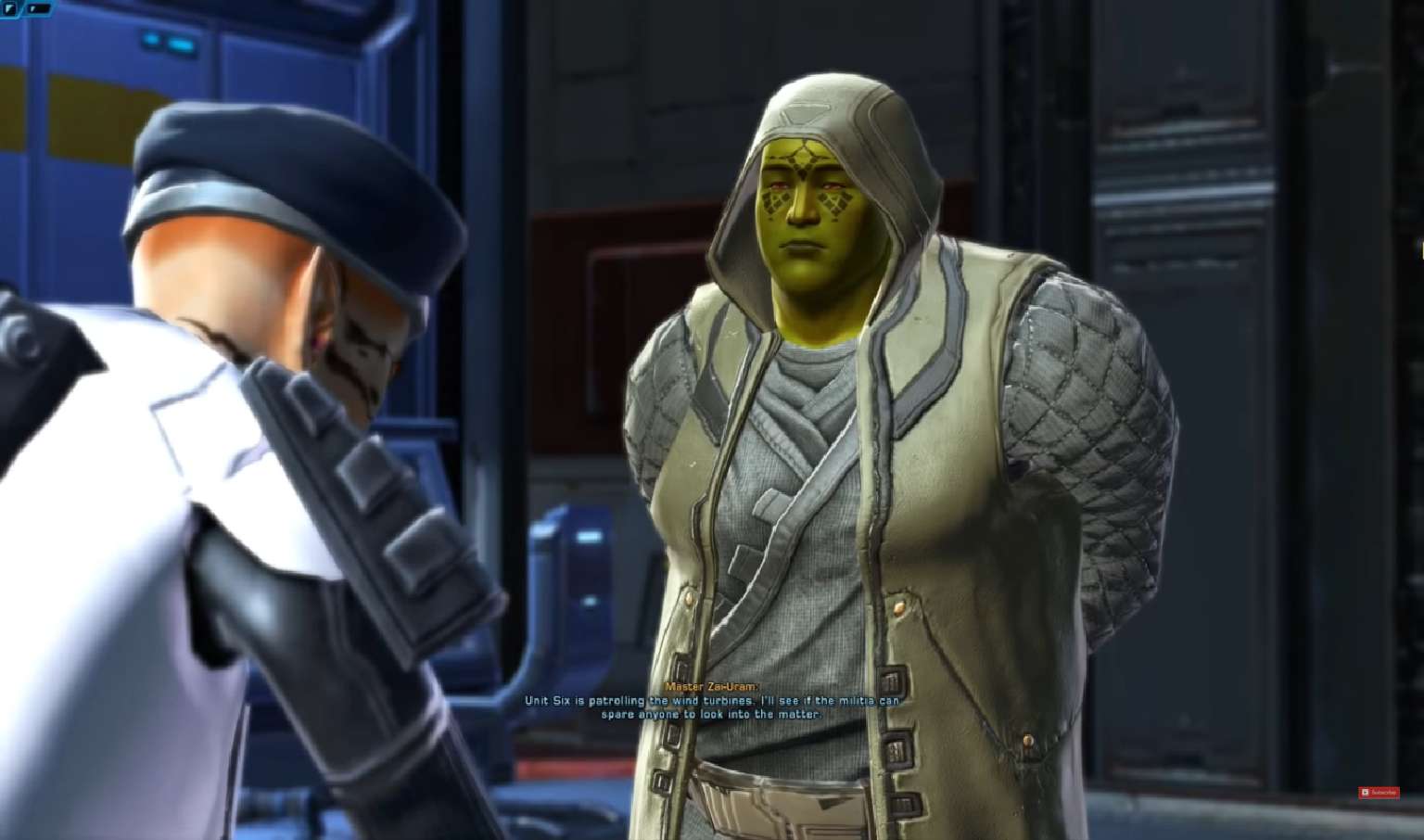 With the developers back in the office after their holiday break, it’s time for them to dig into fixing things. And one of the things that need to be fixed right now is Conquest on Dantooine.

The Conquest system is a complex one. It’s mostly a guild focused thing, though rewards are given to players for reaching certain tiers. The way things are supposed to work is when a player opens their Character’s Log, they will see the following two tabs: Conquest and Guild Invasions. The Conquest tab lists all Objectives along with the players’ personal progress.  The Guild Invasions tab will display planetary leaderboards, Guild rewards, and a contribution leaderboard for your Guild. A button has been added called “Current Conquerors” which is a list of what Guild has most recently conquered each planet.

No icon means once per week per legacy, and grants a large amount of Conquest Points. The Personal Conquest target is 15,000.

And if a guild takes over a planet, they gain 15% more Points toward their rewards.

There are many things that go toward Conquest Objectives. Things like Warzones, Galactic Starfighter matches, completing chapters of the story, fighting through the Eternal Championship tournaments and defeating enemies all head toward the Conquest Objectives.

This means Conquests are big deal for guilds. So imagine their surprise when suddenly, the Pirate Incursion on Dantooine doesn’t work as intended, and nobody’s getting their Conquest rewards. People are going to be upset about this situation.

Luckily, Community Manager Eric Musco is keeping people abreast of the issue on the forums. Musco is quoted to have said that “I just want to make sure I am capturing what you are reporting correctly. Numerous Conquest Objectives from pre-Onslaught are no longer there including Dantooine Dailies, Dantooine Heroics, and Taris and Balmorra Heroics.

Separately, the turret Mission’s balance is out of whack.

Is there anything not listed above that you feel changed? If so, please be specific, otherwise consider these passed on to the team and I will let you know of any further info I receive.”

Musco has also said that “I am double-checking with the team on the status of Dantooine Conquest. We made a number of fixes to bolster issues following Onslaught so I am confident the Turret Mission should be fixed. I am looking into the Conquest Objectives and will try to get an answer in this thread today or tomorrow.”

Musco has not stated a time frame as to when this should be fixed, but as always, he will keep us in the loop when it will be. Hopefully, it will be finished by the time the Pirate Incursion starts next week.

The Groups for the First AusCraft Tournament Have Finally Been Announced

Oct 14, 2022 Tom Lee 1730
Fan art of Darth Revan from Star Wars: Knights of the Old Republic was recently published, bringing back fond memories of what many consider...