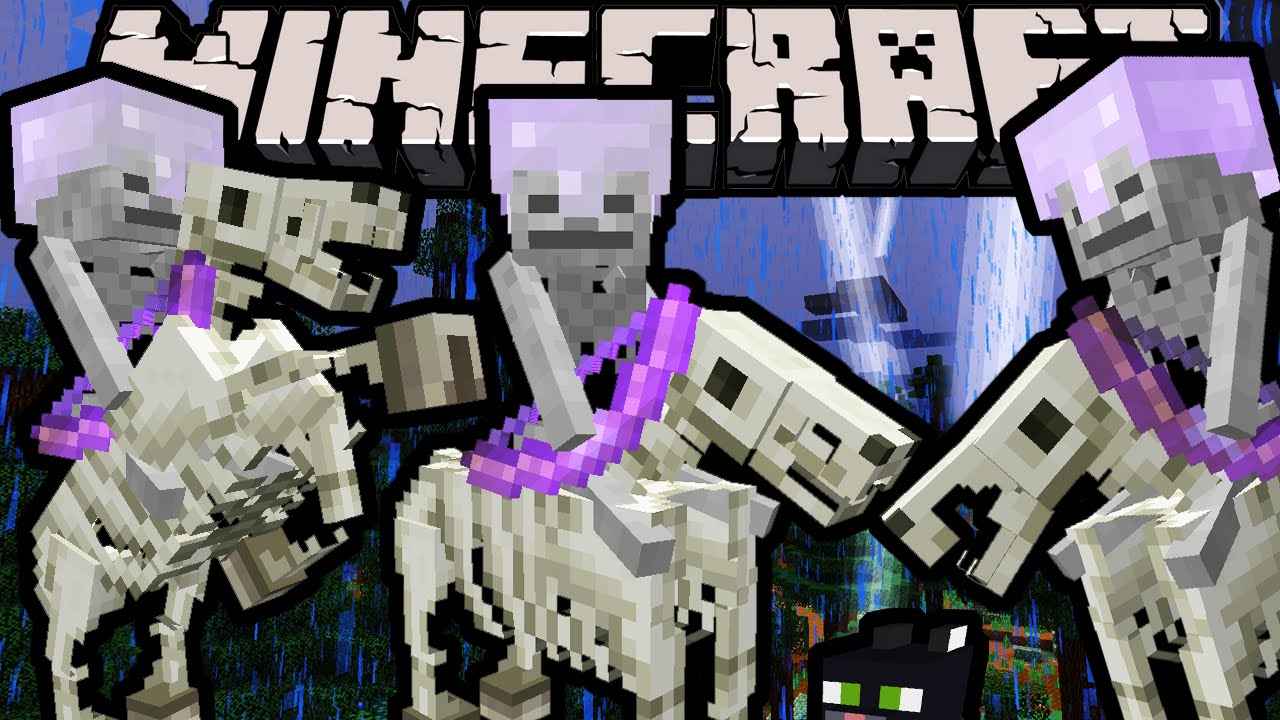 The Skeleton Horsemen was introduced back in the Combat Update for Minecraft, which was released back on February 29, 2016. This update also added the Shulkers to the game, which have spawned in the End cities. 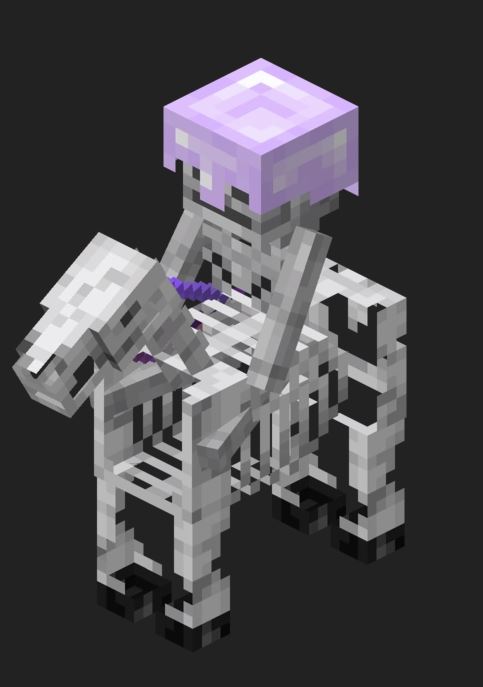 An interesting fact about the Skeleton Horsemen is that right after they spawn, all the horsemen are entirely immune to damage for the first three seconds.

The Skeleton Horsemen follow nearly the same strategy as the normal Skeleton, but it moves much faster due to the added speed and maneuverability given the horse.

In addition to their enchanted bow, these Skeleton horsemen all come equipped with an enchanted helmet to make destroying them significantly harder when compared to destroying just the standard Skeleton. 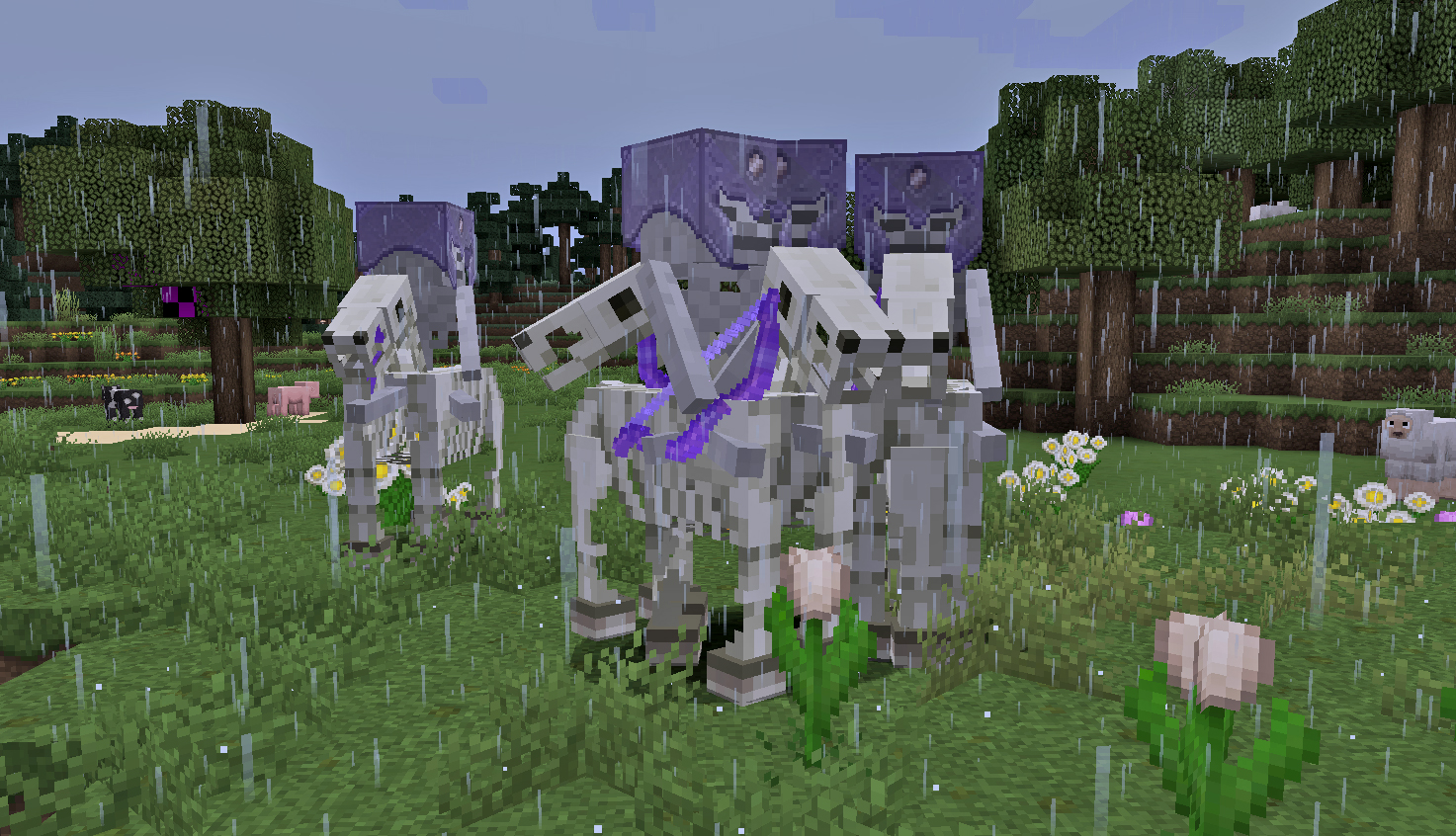 When destroyed, these Skeleton Horsemen can drop Bones, Iron Ingot, Bow, Arrow, and even can drop the helmet that they are wearing. Not only that, if the player kills just the Skeleton riding the horse, but they can also mount and ride the horse as is spawns as tamed.

Skeleton horses are a fantastic mount, and unlike standard horses, do not kick the player off if they go into deep water; instead, it keeps the player on even when on the ocean floor!

Skeleton Horsemens can spawn in a variety of versions, these options include the standard Skeleton, A stray skeleton, and the last version offers the Wither Skeleton riding the Skeleton Horse. Since there are three different versions of this mob, players will need to watch out!