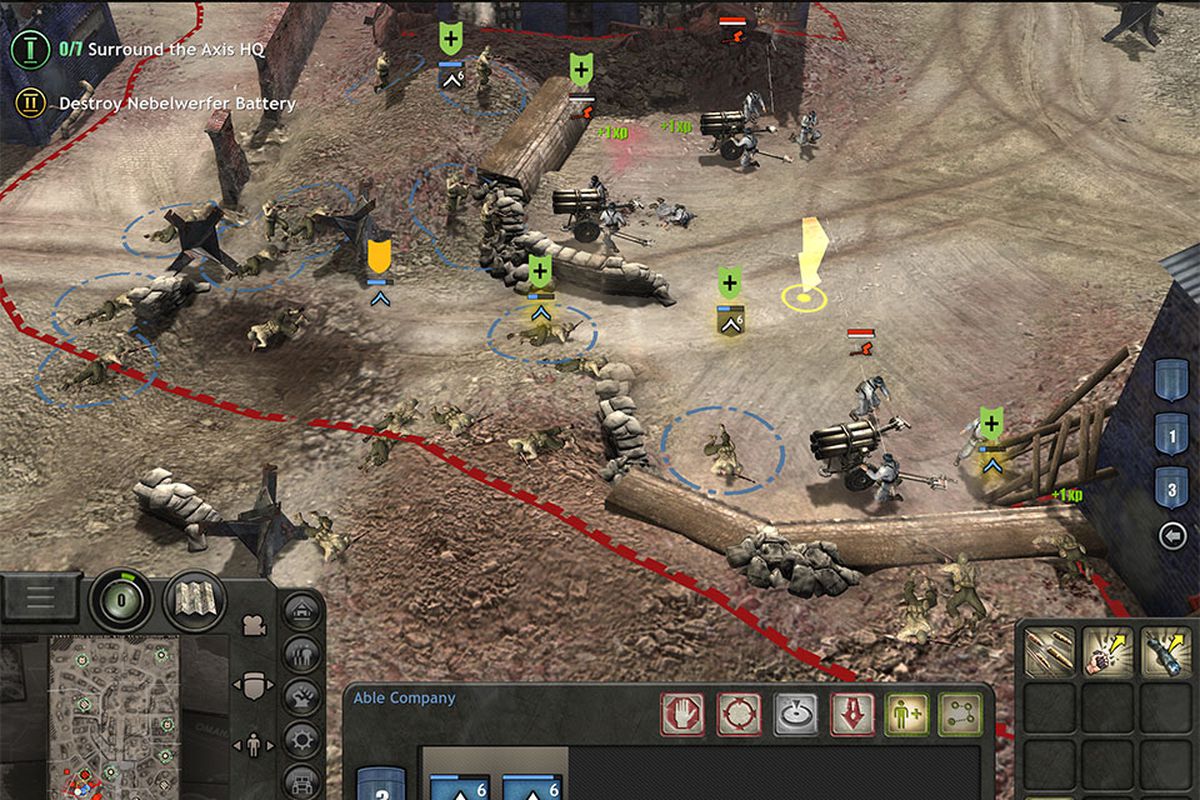 Company of Heroes is a game from British publisher Feral Interactive that is based on the award-winning strategy game by Relic Entertainment. The new DLC is meant to expand the game by porting in old content that was released with the original. This new expansion pack opens up new avenues of warfare that expand the ranks of the original game.

The expansion is the Opposing Fronts pack which adds in two new WW2-themed campaigns into the game. One is based on the British assault of Caen, the other is set within the Rhine region. While the game does take a focus on World War 2, alternative positions are still viable within the game environment.

This new expansion focuses on the British Assault and the German Panzer Elite. Players will move to try and stop the allied advance. Besides this, the unplayed campaigns are paired with several new features. New units, tactics, and special abilities, and the ability to play these armies as a Skirmish Mode.

The original Company of Heroes was released in 2006 by Relic Entertainment. It quickly became one of the worlds best strategy games known by fans across multiple communities. As the game grew more popular, as did its mods and expansion packs that continue to release new content throughout the game’s life.

The mobile port has thus far been surprisingly successful. With the unique blend of community dedication and expansion pack knowledge has offered a variety of options for fans. With the mobile port expanding even more, the game’s community is expanding to multiple regions and worlds.

This DLC can be purchased after players have purchased the base game. These can both be bought on the varying app stores, and the expansion pack is being sold cheaper than the core game. As an option, players should look for false related to this title and its successful expansion opportunities.

This is only the most recent update to the game. With the dedicated community still involved, the developers will most likely continue to support their fans. More expansions may be coming along with other future additions to the title.

For more information be sure to explore the developer’s website and the game’s app page. This title has been around for some time, and it seems like it will continue to expand as time goes on.

This title is best for audiences that appreciate strategy-based games. While it contains depictions of war, in its core it is a strategy game first.

RELATED: Hitman Go Is Free To Claim On Android And iOS Devices According To Developer