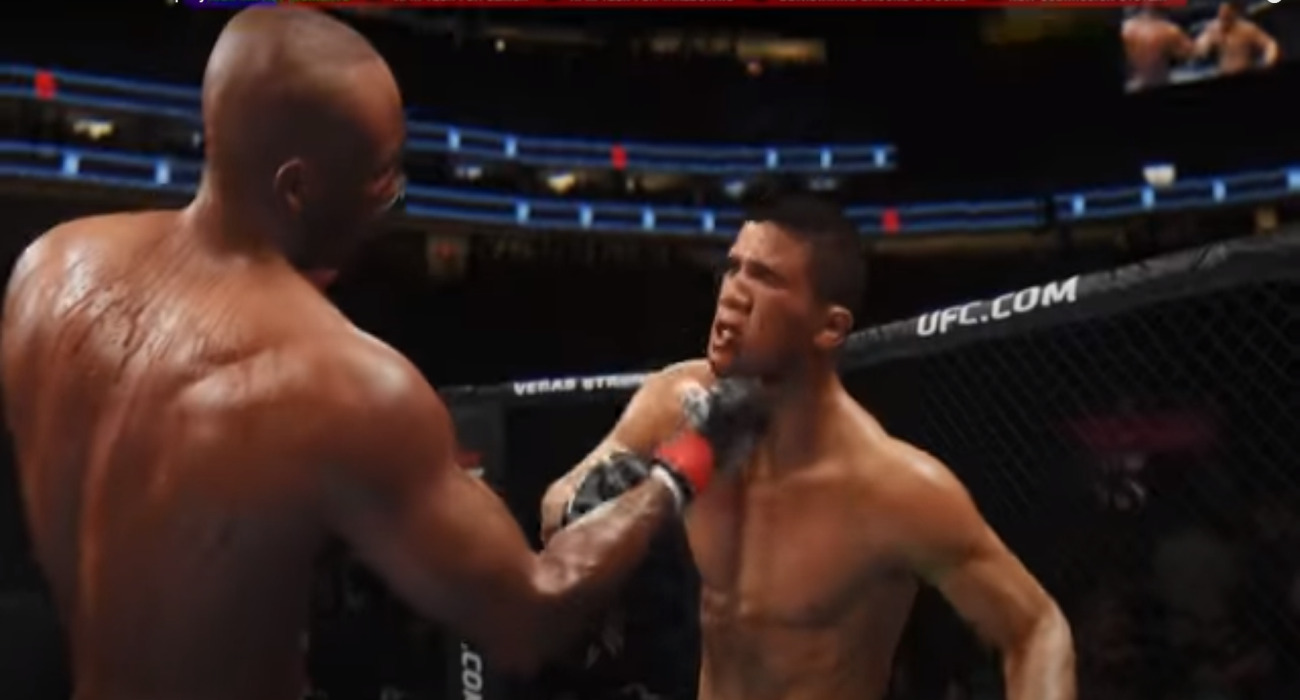 If you’re a mixed martial arts fan and enjoy games, then EA‘s UFC games have probably delivered endless hours of exciting fights. Electronic Arts made the splash into mixed martial arts with EA Sports UFC, which debuted back in 2014.

At the time, it was highly regarded for its authentic controls and thorough representation of the sport of MMA. The next couple of installments have progressed the series in all of the right ways, from better graphics to improved combat controls.

Now EA is working on UFC 4, which was first teased a couple of weeks ago. It featured backyard brawling and galvanizing stars Jorge Masvidal and Israel Adesanya. The trailer reveal went over pretty well all things considered, but now there’s a new trailer that features extended clips of gameplay.

It gets into some of the new systems and controls right off the bat. The main highlights are an overhauled clinch control system, even more exciting ground and pound, a dynamic striking system that seems more user-friendly, and high impact moments.

Already, it looks like EA isn’t keen on resting on their laurels. They want to elevate mixed martial arts like never before in the video game sector and these changes indicate they’ve done just that.

The high impact moments look like one of the more significant improvements. In mixed martial arts, there are moments that turn the tide and you can see them clearly. You’ll be able to see them like never before in UFC 4, which should provide even more exciting experiences when landing the perfect counter or a charging overhand right.

Even better, there are re-play cameras that let players see their beautiful shots in slow-mo. The effects featured in the trailer look truly devastating, with impact ripples appearing on the part of the body just hit. You can imagine landing the perfect blow on an opponent and then re-playing the sequence over and over.

As far as the striking, it looks much more approachable. To perform advanced maneuvers, players will have to hold down buttons. Simpler actions will involve a slight tap. Then you can mix between the two for a dynamic sequence of strikes.

The clinching and takedowns seem more in-depth compared to previous installments. A lot more skill and timing will be involved. It’s the ground game that seems like the most overhauled aspect. Now players have more ways to be defensive and offensive. For example, those on bottom can slip punches and counter with their own devastating blows.

It’s great to see these significant changes in one of the more popular sports series right now. UFC 4 could very well be one of the best MMA games to date.

Aug 12, 2021 Harry Alston 14890
It's a good day to be a Battlefield fan. 2042 is currently in its earliest playtest - designed to stress-test servers and other functionality rather...

Jun 23, 2021 Harry Alston 36891
At long last, Skull Town is making a return to Apex Legends, just not in the way that was expected a few months ago. With the release of the Arenas...