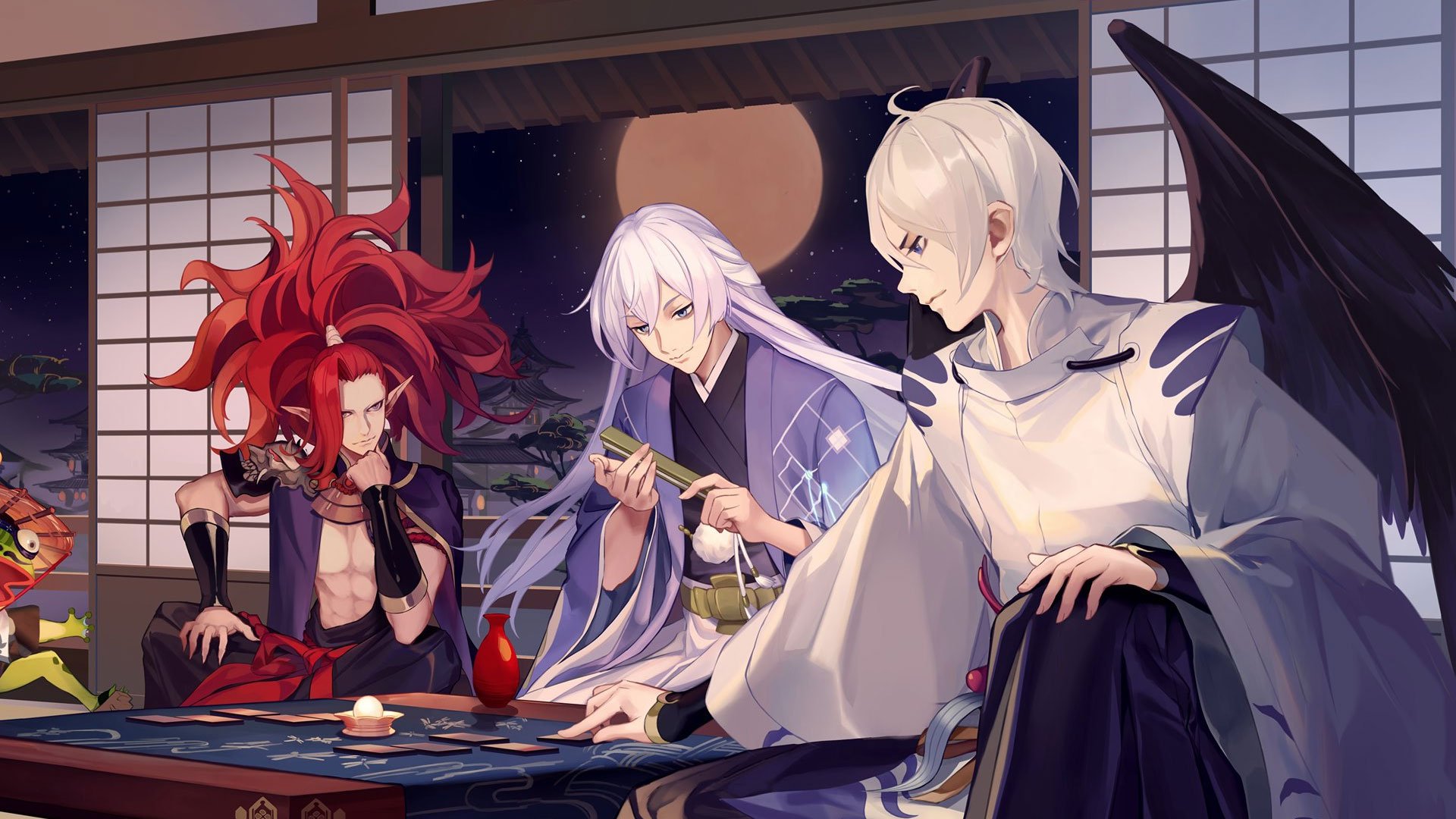 Onmyoji: The Card Game is a unique title releasing for mobile audiences from NetEase Games. This unique title is a yokai duel card mobile title that takes place in the Mnmyoji Universe. The title went through a soft launch in Eastern Asia and Australia, but now the title is looking for an official launch on January 10th for Europe, North America, South America, and Africa along with several other regions.

The developers are hoping to take their game to a global level by running the entire program on a universal global server. This is planned to take place a month after launching allowing players across the world to enjoy Onmyoji: The Card Game with each other despite locations. Do note that the global server language will be English.

Onmyoji: The Card Game is a dueling based card game that is a spinoff of the original Onmyoji IP. Players travel to Shinkiro, a paradise for Yokai, and play a card game known as Hyakuban. There, they can duel with interesting characters can unlock the Yokai stories allowing them to meet Shikigami from the Onmyoji IP all over again.

RELATED: Dungeon Hunter 5 Prepares For Events And Does Some Bug Fixing With Update 38

The title expands upon the artistic expression seen in the original IP. Players can enjoy Japenese-style scenes while creating new card portraits for their shikigami. This title pairs its unique art with a new soundtrack that inspires players to embrace a new and strange world of Shinkiro.

Enjoy a fresh look at the CCG genre by abandoning class concepts and instead putting strategy at its core. This allows players to combine the Shikigami with other cards and watch as the creatures fight in a combat zone. The game continues to update its mechanics and players are able to enjoy PvP and PvE content endlessly.

The game will host several events to try and reward players for partaking in the launch period. From sign-in bonuses to a rally bonus, the game includes a chance for some interesting freebies that benefit players planning on staying around for a long time.

With NetEase games at the helm, the title is sure to have continued support for a long time. The team at NetEase tend to stick with a game as long as there is a strong enough community presence willing to take the game into new places.

Enjoy a mixture of voice actors, Japanese painters, and a dedicated development team. This is a unique title that has so far impressed on region of the world, and may find a home with the rest of a dedicated Onmyoji community.

This title is good for most ages. The game is already allowing pre-registration on its website for anyone interested in taking part in the launch event.

RELATED: Dragalia Lost Has Released Details To What Is Coming In January, New Content Coming To Halidom This Month

Onmyoji: The Card Game will be available to Western audiences starting January 10th. Prepare for a unique and thrilling CCG experience.