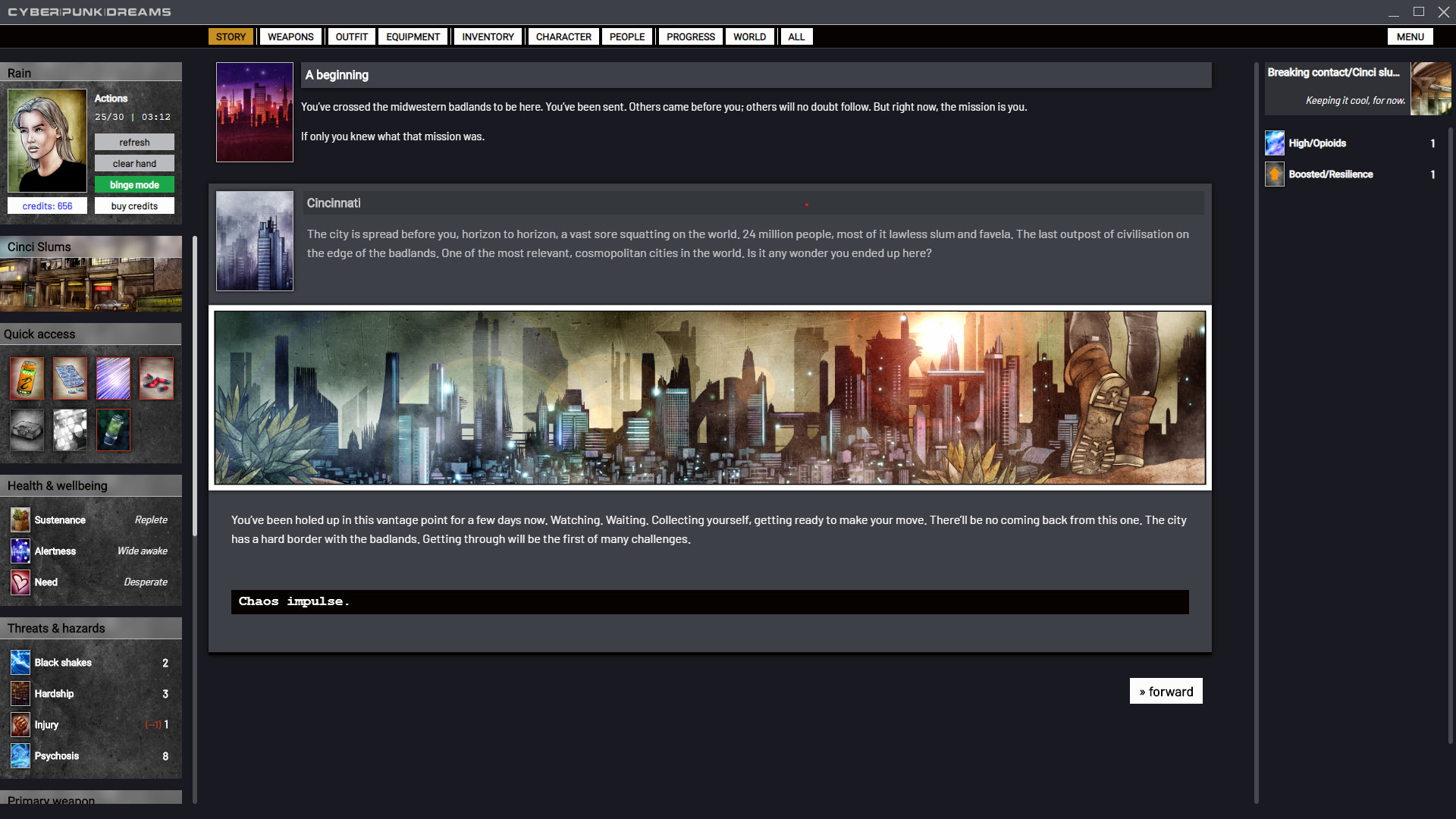 Cyberpunkdreams is a free-to-play dystopian RPG headed to Steam for audiences to enjoy. The title comes from a unique indie studio titled Late Night Games, and is hoping to reignite the love for text-based adventures with a brand new title. Players can explore their own identity within a dystopian city as they go on an adventure that can only be described in words.

Earlier, this game offered a free beta, but now the title has a fully functioning Steam page with trailers, art, and more all available. While the developer has certainly doubled their efforts since the Beta, the game hopes that a full launch will be successful with the Steam community and reignite the possibility for a text-based adventure to survive in the modern age.

RELATED: It's The Perfect Time To Grind Reputation With This Weeks Bonus Event In World Of Warcraft: Battle For Azeroth

Travel into the future of Cincinnati in the year 2092. As a lone traveler, you have arrived at one of the last outposts of civilization in the world. Enter into a roleplaying experience where players can dictate their choices as they slowly learn about the world around them. Survive by forgetting empathy, learning to fight, and surviving a dark and grim future that is just around the corner.

The game evolves as player decision continues to change The game offers endless paths to destruction as players have traveled through a dark and abandoned desert before coming to the city. Yet, society may not be what you know within the grim halls of the large metropolis as the desert could be a much friendlier place.

This is a grounded reality of a future distorted by corporations, dominated by the elite and populated by the impoverished. Enter into a cyberpunk world that genre experts have been crafting for years. While it may seem strange, there are many facets that are strangely familiar to the world that you know and love.

Your choices change the story and each encounter will evolve the world and its many problems. Decide how your character will handle a reality that is cruel, and watch as your actions ripple through the adventure and affect everyone you are around.

NPCs continue to evolve, they remember your choices, your alliances, and your mercy. This is a true experience of consequences, action, and movement. Prepare for a dark and grim adventure into worlds you may have never known you could live in.

Although this is a text-based adventure, the game offers a customizable character creation system that allows players to enjoy their time in Cincinnati. Choose your clothes, gear, cybernetics, and more as you slowly become your character in a far and dark future.

This title is best left to the adults as it includes sex, drugs, and mature themes. You are in control of the adventure, and wandering eyes can often lead to dangerous situations.

Cyberpunkdreams is planning a launch this year but no release date has been given. This is the first big announcement in awhile so at least it is good to know that the developer is making progress. 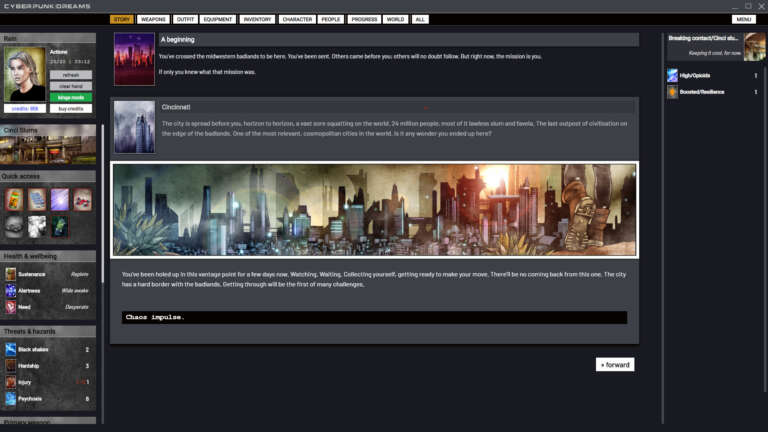 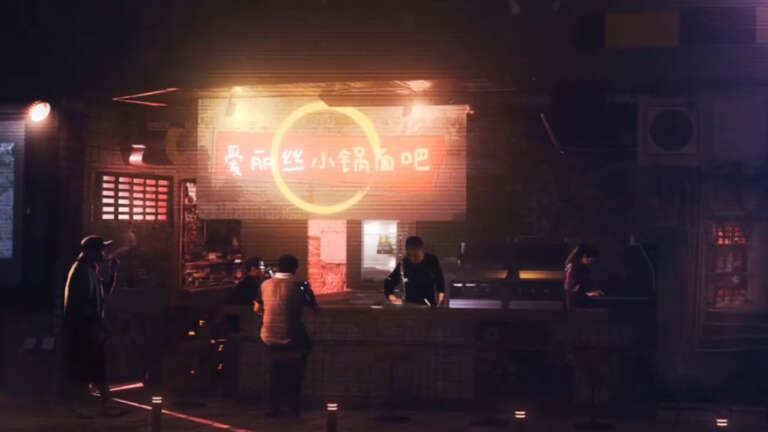 Aug 2, 2020 Joshua Goodpastor 5880
A new text-based adventure game is inviting players to an open beta in a cyberpunk world. Cyberpunkdreams has a debut trailer along with a beta...