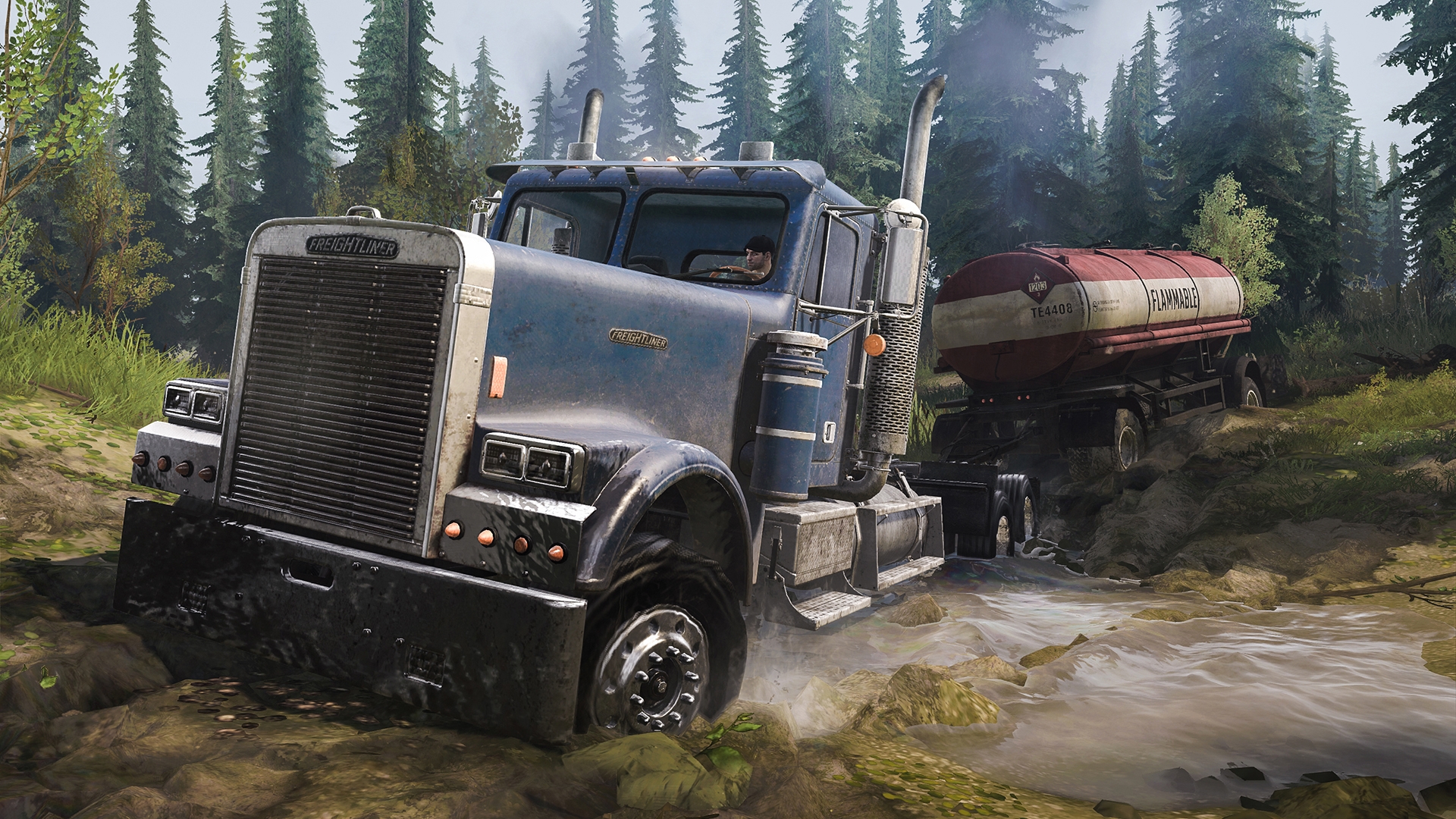 Focus Home Interactive has updated MudRunner Mobile with a new expansion pack, patch fixes, and more. The American Wilds DLC was previously released on PC and consoles in 2018.

The American Wilds DLC contains two new missions inspired by the rough terrain of Montana and North Dakota. There are two new “Scavenge” gameplay modes, two new vehicles, plus six new vehicle add-ons. The DLC is paid content, so players who want access to all of the new content will have to pay a small price, on top of the $5.99 cost to obtain the game.

MudRunner is the first release of the franchise on mobile from Focus Home Interactive. The experience is a mobile-friendly port of the PC and console versions. The game contains realistic physics to make players feel like they’re driving through the rough terrain of various locations across the world.

RELATED: 15 Minutes Of Game Have Launched Their Debut Title I Want To Go To Mars For Mobile Devices

In total, there are 15 open worlds players can explore for the ultimate off-road experience. Players will have to learn how to drive in new environments, with extreme weather conditions, plus dynamic day and night cycles. The environments react realistically to vehicles.

The 15 open worlds contain a total of six sandbox maps plus nine challenge maps. Worlds include rivers, forests, swamps, muddy terrain, and more. Nature will prove to be a challenging experience to overcome.

MudRunner Mobile offers 16 vehicles within the base game. They range from heavy-duty military trucks. All of the vehicles are unique and provide a different experience for all drivers.

Previously released for mobile were two additional DLCs in August. The Ridge DLC is also paid content and includes a new map, the D-538 heavy-duty tractor, B-6A lighter weight tractor, add-ons for a spare wheel, fuel canisters, and A loader, plus additional trailers.

The developer has continued to update the game with various patch fixes and more, which is good news for fans who would rather experience the off-road vehicle game on mobile.

MudRunner Mobile is currently available for both iOS and Android.