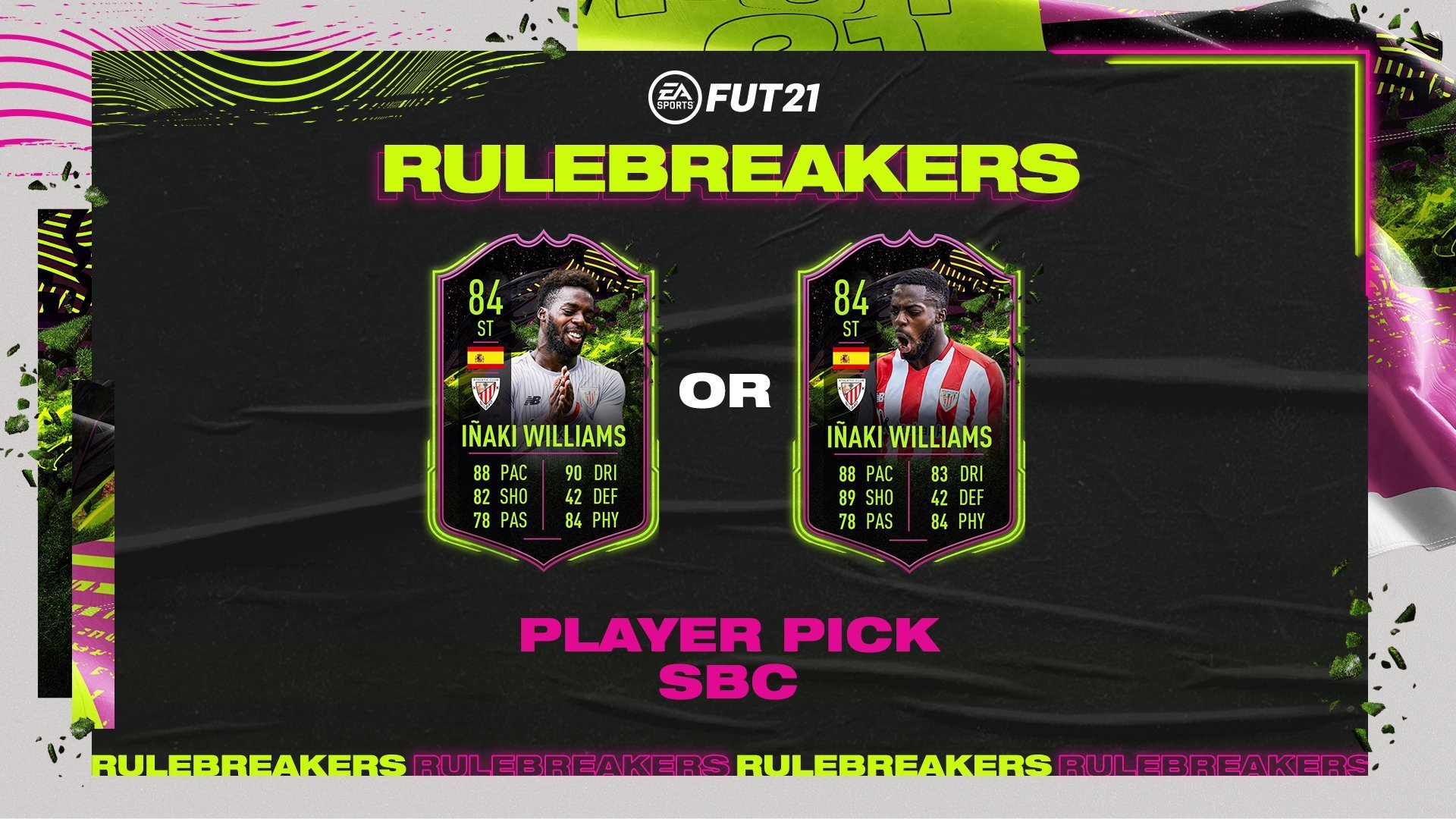 Inaki Williams is a card always favored at the start of FIFA ultimate thanks to his high pace and decent shooting. This new Rulebreakers promo features an SBC where you can choose between two types of Inaki – one with higher dribbling stats, or one with higher shooting stats.

The question is – which one do you choose? Sure, shooting is important for a striker, but dribbling is also crucial for finding space in the box to get a decent shot off. Here’s a rundown of the pros and cons of the two cards.

RELATED: The Action-Adventure Game Sea Of Thieves Is Now Available On Steam

Regardless of which SBC you choose, this Inaki Williams card looks like it’s going to be a very meta card. Before making your choice it’s probably a good idea to think about what sort of player you are – can you use skill moves and dribbling to make space, or do you want a card that can just bang a shot from the edge of the box?

Here’s a look at the stats on the dribbling boost Inaki Williams from FUTBIN: 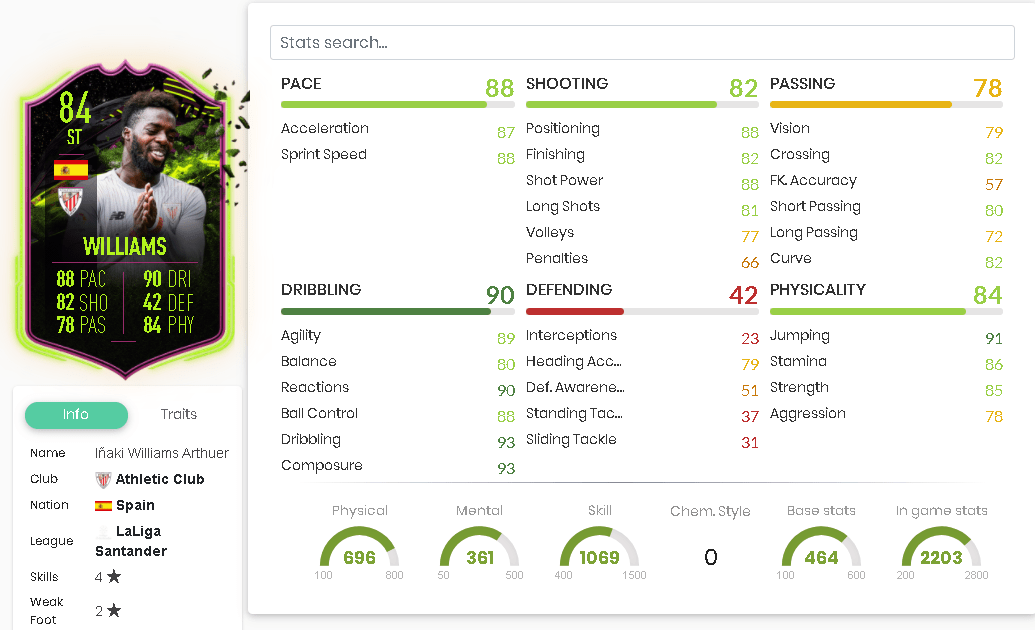 This dribbling boost takes Inaki Williams up to 90 dribbling overall, with great agility, balance, and reactions. His dribbling and composure also come in at 93 each. This means this card is going to feel sharp as hell on the ball. Definitely one of the best strikers for dribbling currently available in FUT21.

The other choice in the SBC is Inaki Williams with boosted shooting stats (the card is currently unavailable on FUTBIN at the time of writing). With 89 shooting overall, this version of the card is better suited for those who prefer a clinical finish over quick feet.

It should be noted that Inaki Williams still only has a 2-star weak foot, something which should be considered when choosing between a dribbling player or a shooting player. You might need the extra dribbling stats to make space in the box to get a shot off with his weaker foot.

Overall, Inaki Williams Rulebreakers SBC is pretty good value for money regardless of which version you choose. It requires two squads and will come in at around 100k or more depending on which way the market veers with these new cards and SBCs.

This is a great delivery of content from FIFA, including lots of new exciting Rulebreakers cards (including a Harry Kane with PACE) and an objective player.