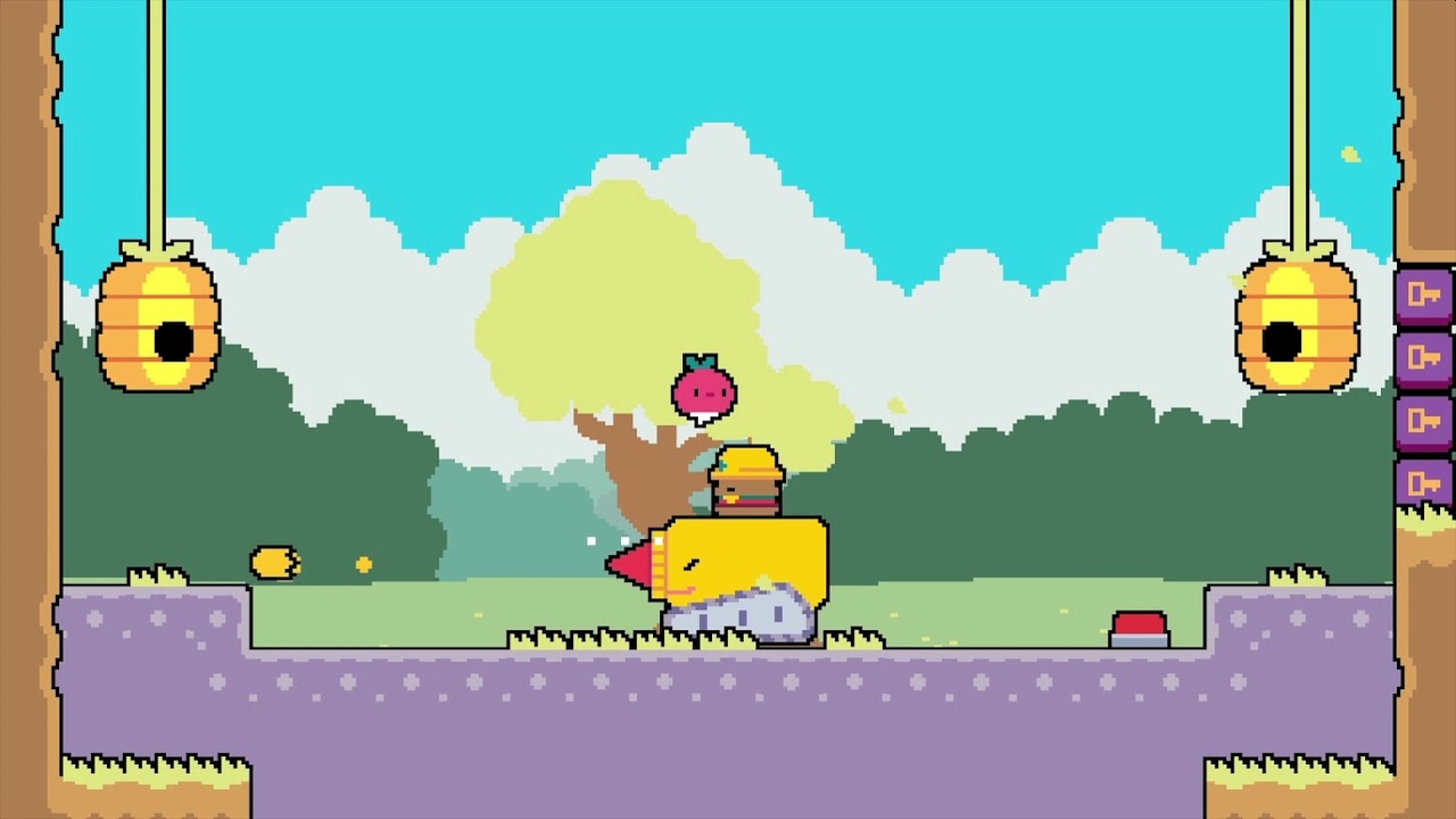 Developer Thomas Young has announced the release date of Dadish 2. The title is currently available for pre-order on iOS and Android.

Dadish 2 is the vegetable-themed sequel to the original game. In this new title, Dadish has brought his kids to work for “Bring Your Kids to Work Day.” Unfortunately, all of his children end up missing.

RELATED: Rebel Cops Brings Its Turn-Based Strategy Challenge To Mobile Devices As It Opens Pre-Orders For Both iOS And Android Users

It’s up to Dadish to survive through swamps, ride on rockets, climb a giant tree, and visit outer space to reunite with his lost children. The game itself has touchscreen controls, but controllers are also supported.

The gameplay is a challenging retro platformer with 50 levels. At the end of each level, the children will have an interesting response to being rescued. Players will uncover many baby radishes with attitude to add to a humorous tale.

Dadish 2 introduces a whole new gang of fast-food themed enemies and five new bosses. All of the bosses have personal problems and don’t care about Dadish’s missing kids. Throughout each level, players can collect stars and unlock additional secrets for an extra challenge.

Dadish 2 will be free to play. Anyone interested in playing the game can pre-order the title now. When the game has launched, players will receive a notification on their device to download the game and begin playing.

The game is a 90.5 MB download and is compatible with smartphones and some tablets. More information is available on the game’s official store pages.

The first game was made available on mobile and the Nintendo Switch earlier this year. Players can still check out the first title before the sequel is released.

In the first Dadish game, the children have all gone missing from the vegetable patch. It’s up to Dadish to find them and bring them home. The game contains retro graphics with humorous dialogue sprinkled in-between.

Similar to the sequel, the original gale also had 50 levels to complete with fast-food themed enemies. After each level, Dadish will recover one of his fifty radish children. Throughout each level, Dadish can collect stars and uncover secrets. Although the game is free on mobile, there is a small cost for the Nintendo Switch release.

The Dadish games are a one player adventure with no multiplayer.

RELATED: State Of Survival Survive The Zombie Apocalypse Updates The Game To Version 1.7.1

Dadish 2 is expected to launch on January 18 for iOS and Android.