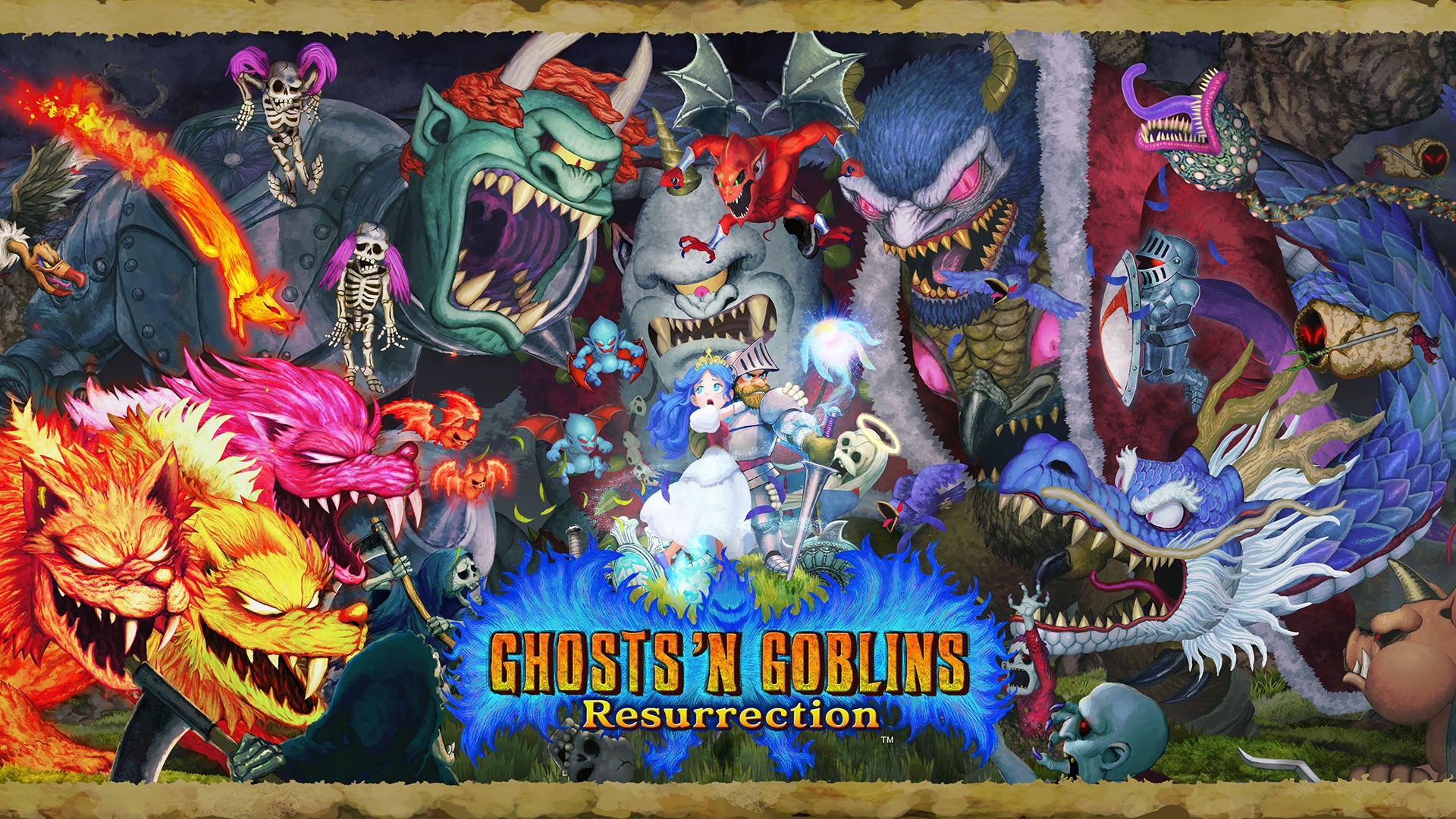 Ghost ‘n Goblins Resurrection modernizes the series for the 21st century. The new title will combine the action-platform gameplay players know well, along with storybook-like graphics, and new challenges. The entire story is told through a scroll, similar to an old fable.

The story begins with knight Arthur and a noble princess spending time together sitting on a hilltop. At this spot, the pair look over her kingdom. However, their time is abruptly cut short when monsters appear and kidnap the princess. A shocked Arthur can only attach as his princess is carried away.

Arthur suits up in his shining armor and prepares to rescue the damsel in distress. He travels through the demonic fantasy world known as the Demon Realm that few have dared to enter. Enemies like zombies, skeleton murderer, Pigman, and Red Arremer stand by to pounce on Arthur at any time.

RELATED: What Is Paradise Killer? The Vaporwave Free-Roam Detective Game Which Might Revolutionize The Genre

Ghost ‘n Goblins Resurrection is an old story told once again with a modern twist. It allows players who experienced the original and newcomers to try out one of Capcom’s most classic titles.

The Ghost ‘n Goblins franchise has continued for over 35 years. The challenging game has continued to test players’ abilities. The new game will also contain classic gameplay like running, jumping, fighting, and navigating platforms, pits, and more.

While the game is based on the original series, it will present new challenges for veteran players. Ghost ‘n Goblins Resurrection has multiple difficulty modes that include Squire, Knight, and Legend. For players who need additional help, Page will allow them to respawn immediately upon defeat with unlimited lives.

Fortunately, Arthur has many weapons at the ready THe include his classic lance and dagger, but new weapons have been added. Players can use a mighty hammer, spiked ball, and more. If players prefer to use magic, Arthur has a firewall and thunderstorm spell ready. It’s up to players to decide which combination works best on their quest to rescue the kidnapped princess.

RELATED: The Train Simulator 'Railway Empire' Is Pulling Up To Nintendo Switch Consoles This February