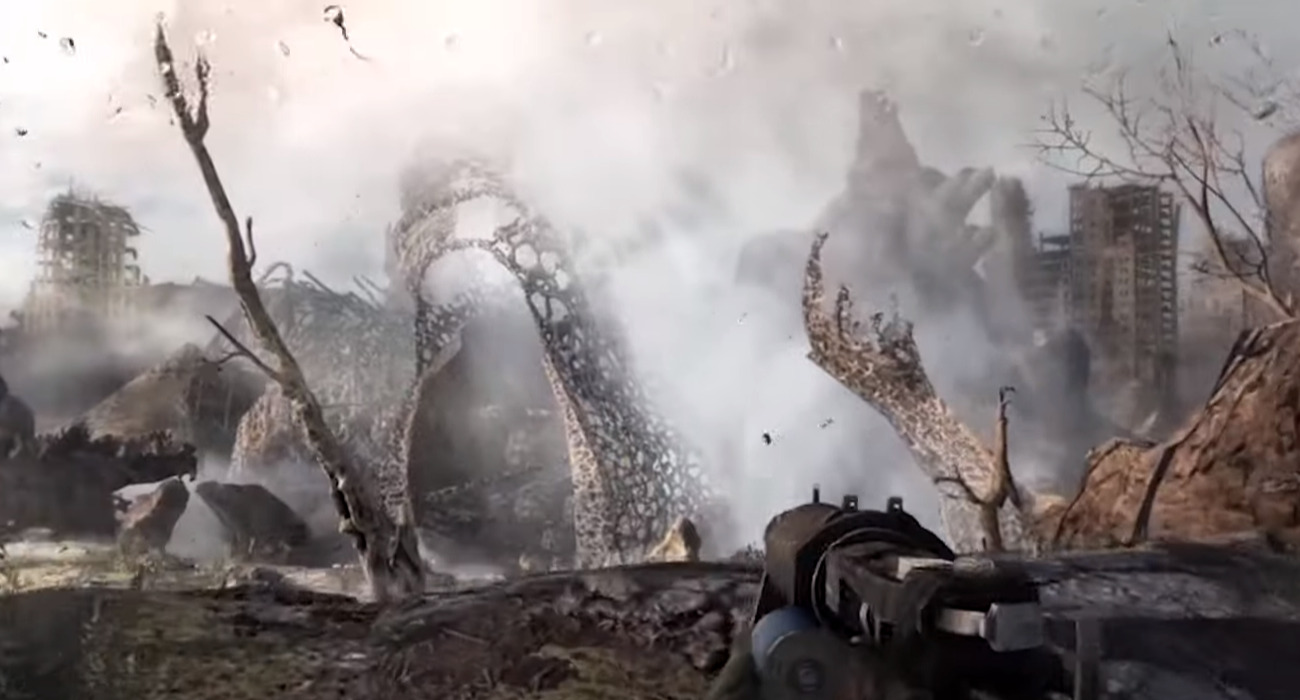 The Epic Games Store has another batch of free games that PC gamers can claim right now. In the bunch is the apocalyptic FPS Metro: Last Light Redux, one of the more beloved installments in the iconic shooter series from 4A Games.

RELATED: This Week, Ghost Recons Breakpoint's Will Release It's Major Update Based On Players Feedback

It will be available on the PC platform until February 11th, so if you haven’t yet played it or any Metro game for that matter, it definitely has a lot of great elements worth checking out at the expense of nothing for a couple of more days.

Originally debuting in 2014, Last Light Redux puts players in a moody post-apocalyptic Russia during the year 2034. Things have taken a turn for the worst with monstrous creatures now roaming about and hostile survivors vying for every last resource left.

RELATED: The Next Expansion Called Terrormania For Rage 2 Drops In November; Introduces A Twisted Alternate Reality

Reduxis the definitive version of Last Light, which already has a ton of positive reviews for its fun shooting gameplay and interesting story. This edition improves upon the graphics and includes all original DLC previously released. There is also additional single-player content, which might be worth checking out even if you’ve played the base experience of Last Light.

Being able to enjoy the Moscow environment teeming in atmosphere with 60FPS is definitely a winning combination you can’t really go wrong with. In addition to the superb settings and visuals, players can look forward to more open areas compared to the last installment.

That lets players explore in a dynamic way, taking different routes each time they go through a playthrough. There are also plenty of ways to approach combat, whether you want to use stealth to sneak past mutants and hostile survivors without having to put up a fight or pick them off from afar with a sniper rifle.

The developer has given you endless combat possibilities and that is an important feature in this latest installment. It definitely makes gameplay more interesting and is what you want to see in the continuation of a long-running series.

And if you’re a fan of good storytelling, the developer has nailed that aspect as well. There are a lot of details to be learned throughout the game’s runtime and secrets to uncover as you pick up journal entries written by the game’s main character — Artyom.

RELATED: The Prequel To The Messenger Sea Of Stars Just Received An Official Trailer Reveal

It’s a pretty solid offering to check out on the Epic Games Store, especially if you like freebies or perhaps the Metro franchise as a whole. You can check out the story for the first time or perhaps go back through it, experiencing next-gen capabilities that weren’t possible before Redux was released.

Feb 4, 2021 Jeremy Green 3810
The Epic Games Store has another batch of free games that PC gamers can claim right now. In the bunch is the apocalyptic FPS Metro: Last Light...

Dec 30, 2020 Harry Alston 3310
To celebrate the end of GOG.com's Winter Sale that has been running throughout the course of December, you can now pick up Metro: Last Light Redux...

Nov 29, 2020 Lisa Nguyen 5920
Developer 4A Games still has much in store for fans of the Metro series. The company recently released a long blog post announcing their plans, along...