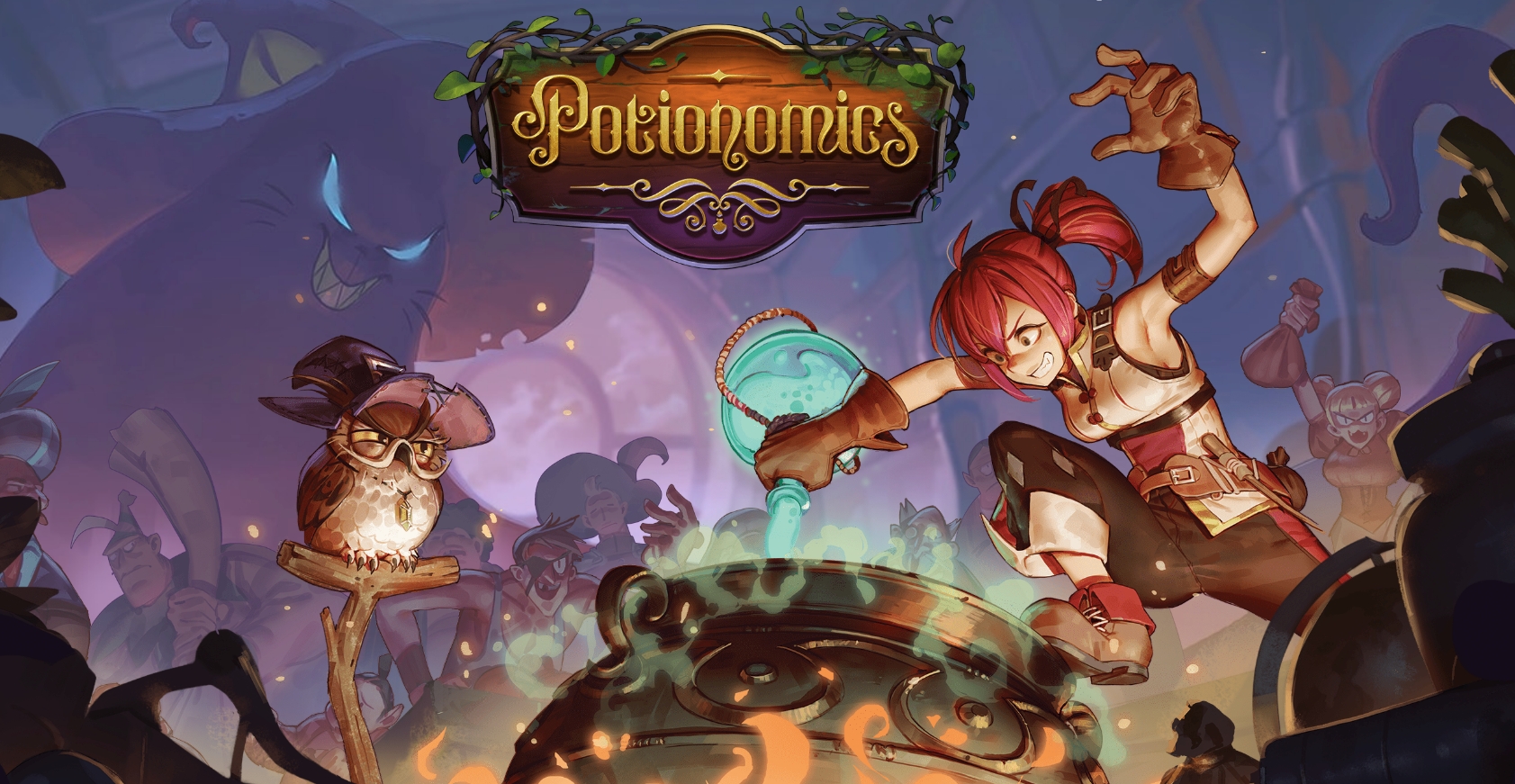 Publisher XSEED Games and developer Voracious Games have announced they’re teaming up for the release of Potionomics. The PC game is all about the business side of brewing potions with some deck-building features.

In Potionomics, players will take control of a penniless witch named Sylvia who’s shop has fallen into debt. If she wants to survive, she’ll have to change her ways and transform her failing shop into a successful business.

Sylvia will meet a wide range of characters on her journey. They include powerful heroes (and not-so-powerful ones), classic RPG characters, plus other merchants. Potion brewing and selling have become a fiercely competitive business, so Sylvia will have to make sure her customers are happy and create high-quality potions at a low cost.

Potion brewing plays a large role in the game since this is how Sylvia will earn money. She can gather ingredients and brew various recipes in her cauldron to raise her skill level. She can add in magic to brew even more unique motions to master her craft.

A very short teaser trailer introduces players to the characters and some of the 3D graphics. Players will have to bargain with various characters to ensure they complete the sale. The trailer also shows how Sylvia can find cards that will help her remain calm and help her conduct business.

During sales, the UI displays two important bars: one is a “Customer Interest” bar where players can see if they’re making the right moves to make the same. Sylvia also has a “Stress Meter,” which displays how tense she’s becoming. If Sylvia loses her temper, then she’ll lose out on valuable profits.

The shop itself plays an important role. When the shop is active, the 3D sprites turn into cuter chibi characters. In this mode, players can make various changes to the shop, such as adding rearranging and adding new furniture and items for sale.

Not much is known about the developer Voracious Games, except that they’re an indie developer based in Seattle, WA. Potionomics is the only game they currently have in development. The studio is currently hiring for anyone who wants to help bring Potionomics to life.

Potionomics currently has an active development blog on Twitter, plus the developer is on Twitter and Facebook. The dev blog goes into detail about some of the characters Sylvia will meet along her potion brewing business journey.

Potionomics is currently a PC exclusive. There’s no information on if the game will expand onto consoles in the future. The developer hasn’t yet announced a release window for the game, and the official website states, “Coming Soon…ish.”