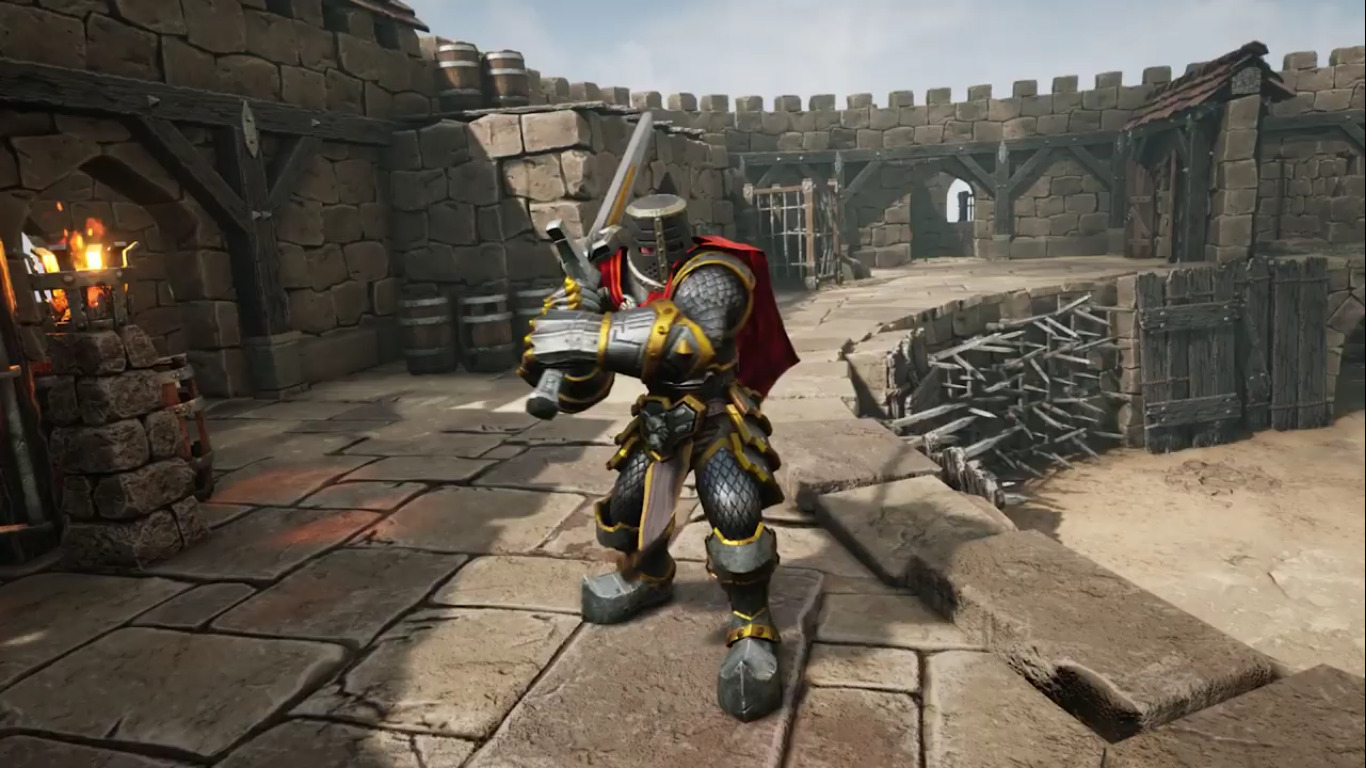 The competitive isometric melee slashing game Usurpator is headed for Kickstart to finish out its development. After two and a half years of work, the game’s developers are working to expand the arena fighting experience to a wider audience.

This game has gone through multiple iterations of development becoming something far from what it began as. Slay enemies in a spectacular combat experience as players try varying game modes. There are tons of options for fans to enjoy giving this title a mix of competitive and casual gameplay experiences.

Usurpator is a multiplayer online brawler that will combine bloody melee combat with fast-paced action experiences. Enter a rich and satisfying medieval setting as you battle foes in arena battles and become the master of close combat.

The game has entered Kickstarter to help develop its concept further. Right now there is a demo of the game available for fans to try along with a small timeline of expected release dates. Pre-Alpha should be releasing later this year with a full game release in the first quarter of 2021.

Combo your attacks, parry and block like a real fighter as you battle through hordes of enemies in an Arena based game experience. Pick up orbs and replenish your health for the next fight as you battle from one combat scenario into another.

This game will include an intense online battle with up to 16 players fighting to the death in team-based deathmatch modes and standard deathmatch game modes. These battles will challenge players ability to survive and take enemies in close combat battles.

Choose from a variety of classes with different weapons and combat styles. Players can choose something that matches their personal style from one-handed swords to massive battle hammers. Choose your personal weapon and enter the arena.

Unlock new gear and equipment to make your character look the way you want. Customize your warrior and show off your style in brutal and bloody close combat encounters.

Strike enemies and feel every blow as you send limbs flying, heads rolling, and bones cracking. This is an intense combat experience that will drive players ever forward to bloody victory in an arena of gore and death.

Although there is no release date as of yet, Usurpator will be seeing its full release as of the game as of 2021. For more information be sure to keep up with the game’s kickstarter and future endeavors.

Sep 15, 2020 Harry Alston 25520
Unpacking is a little gem I've had my eye on for a while, and with a recent trailer, it looks like the game is nearing completion for release in...