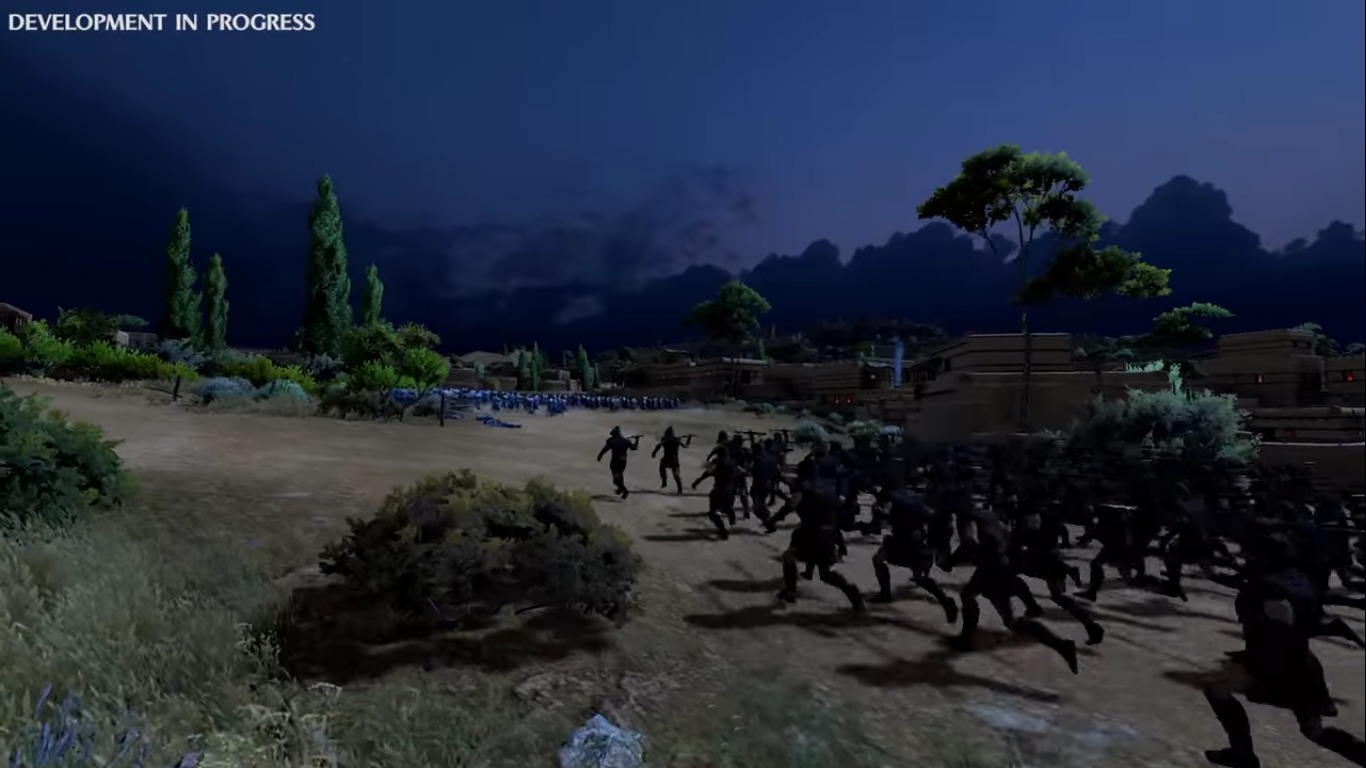 Creative Assembly has released some new information on the upcoming Total War game Total War Saga: Troy. More information about the game’s economy and resources gives fans a chance to think about their strategy and prepare for the war of ancient Greece.

This title was announced quite a while ago by Creative Assembly. The game will be exclusive to the Epic Games Store for one year. The concept is a one or as the developer does not plan on following this style of game for the Total War franchise going forward. Players should expect a mixture of Greek myth and war born truths.

This is the first episode of the award-winning strategy game that will focus on the Bronze-Age. Experience the legendary twenty-year conflict between the kingdoms of Troy and Mycenaean Greece. Enter the era, of the Trojan War.

TROY is inspired by Homer’s Illiad and will take a special look at the historical flashpoint of the entire Trojan War. Explore the conflict from both the Greek and Trojan perspective. Peel back the layers of myth and discover the legends that live inside of it.

The Trojan War is brought to life in ways that have never been seen before. Experience your legend as one of the eight iconic heroes and dive into a narrative drama that will lead you to overcome your antagonist.

Build a massive empire and evolve it through strategy, statecraft, diplomacy, and war as you conquer a recreation of the Bronze Age Mediterranean with era-specific units. This is a bloody and brutal conflict that will be unlike anything fought before.

Enter the legendary age filled with heroes that walk the earth. Follow the story of Paris, the prince of Troy as he takes Helen from her palace in Sparta. Hear the cries of king Menelaus as he swears to bring his wife home at any cost.

By harvesting food, wood, stone, bronze, and gold players can build an epic empire that rivals the authentic ones from history. Harvest from the environment around your cities and build-up your trade opportunities to create a unique empire of your own.

This is an epic game that combines myth and history into a beautiful blend of combat simulation and city management. Enter a world at war as you bring down the walls of Troy.

Total War Saga: TROY will be available later this year as a Epic Games Store exclusive. The game will also be free for a day when it launches on August 13, 2020.

Nov 24, 2020 Jeremy Green 6170
The Trojan War is captured beautifully in Total War Saga: Troy developed by Creative Assembly. This period of time has so much meaning and...