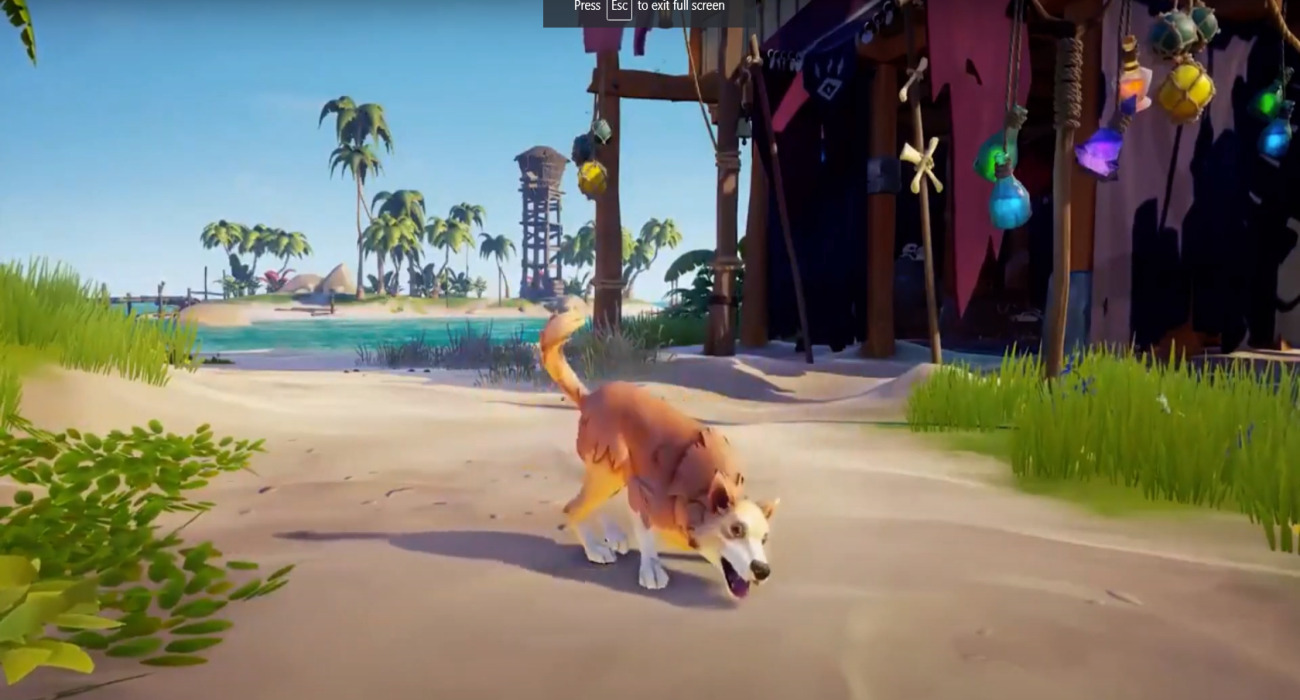 Pets have been a very important part of the Sea of Thieves experience. Life on the open seas can get pretty lonely if you don’t have a party to play with, but fortunately Rare put in animal companions to provide company when your pirate needs it the most.

There are a wide assortment of pet animals in the game, including monkeys, parrots, and cats. Now, Sea of Thieves will be getting man’s best friend: dogs. It’s a long time coming. Many players have naturally assumed dogs would make their way into the game at some point. These lovable creatures will be part of the Vaults of the Ancients DLC that officially launches in September.

The other pets have been a pivotal aspect of sailing the endless blue waters, but being able to have a dog companion sounds like an amazing time. They’re full of affection and provide unconditional love. Of course, there are some habits that aren’t so pleasant. Let’s just say you’ll have to watch out for their little surprises. All in a day’s work, though.

The dogs featured in the developer update show a couple of color varieties. Whether or not that means there will be different breeds remains to be seen, but that would be amazing if the case. Players could choose exactly which fury friend they want to bring with them on their grand pirate adventures.

This latest dog update is just another reason why Sea of Thieves continues to impress the community. Just as you think it can’t get any better, new content and systems are added by Rare. They have an entire web series dedicated to these updates, in fact.

There is always something to get excited about and that has helped drive this action game on the seas over the years. And it doesn’t look like Rare plans on easing up on the update reigns. They have a lot of other plans for the future, thankfully.

What was once a game plagued with issues now is thriving in content and excitement. Being able to choose new pets is just another reason to check out its improvements. Rare is also riding high off of Sea of Thieves being added to Steam in June. A new wave of fans have been able to enjoy its fun pirate experiences.

If you haven’t had the chance to play Sea of Thieves, maybe these dog companions can finally reel you in. They have a lot of love to give by the looks of things.