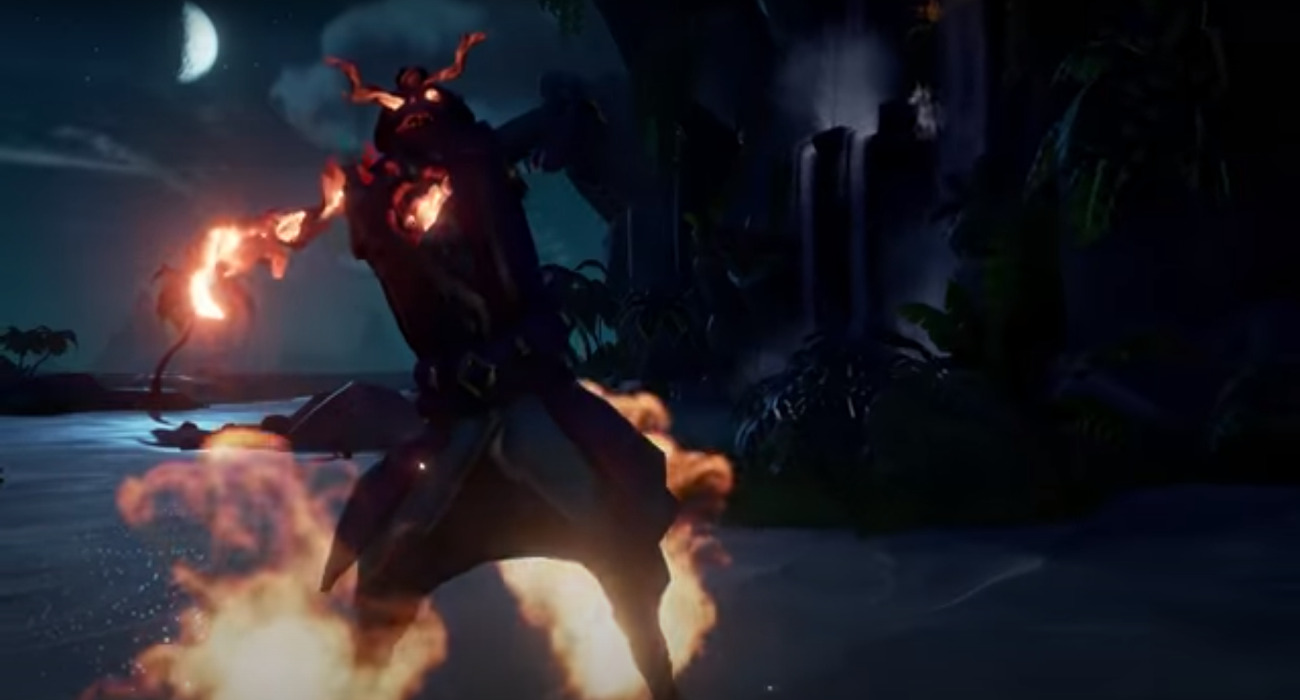 Sea of Thieves has steadily become a pretty entertaining action-adventure game. Rare has supported it continuously since launch with updates featuring new items and themed content. Thus, players always have something different to look forward to, especially lately.

A new update is officially out called Ashen Winds and thanks to the developer’s customary breakdown, you don’t have to wait in suspense to find out what it entails. Captain Flameheart is back at it again with his pursuits of conquering everything in Sea of Thieves.

After acquiring ritual ingredients, he was able to summon loyal followers known as Ashen Lords. They have the ability to appear on islands randomly, which is intriguing because you never really know when you’ll come across them. You’ll know that they’re near thanks to their firenado warning signals.

The Ashen Lords have special abilities, such as the ability to summon meteor showers. You’ll thus have to tread lightly when encountering them. Should you be able to vanquish them and put them back in the ground, you’ll earn yourself a cool skull that can be used as a flamethrower. There is thus plenty of reward should you stalk these menacing enemies.

The group includes Red Ruth, Old Horatio, Warden Chi, and Captain Grimm. Each one will require a different approach and that’s pretty exciting. As you sail the open seas, you never know when you’ll come across their paths.

Some of the dangers you’ll have to watch out for include the exhalation of fire and large burning rocks. They can rain down hellfire within minutes so you’ll need to watch your every step. Another element at play is their ability to burst into flames if you get too close. As you can see, these Lords will put up quite the fight.

If you are skilled enough to take them down, you’ll be able to retrieve their skull. It can be used to spit waves of fire at enemies. Just be cautious. If you use these skulls too much, they will be less valuable to the Order of Souls. You’ll thus need to think twice before using them in the heat of battle.

The Ashen Winds update is a pretty significant one and should make Sea of Thieves even better. It’s pretty inspiring to see how far this pirate game has come since launch. If these updates are anything to go off of, it doesn’t seem like the game will cease to provide exciting content.

Marvel's Avengers Will Be Adding Hawkeye In An Update After Launch