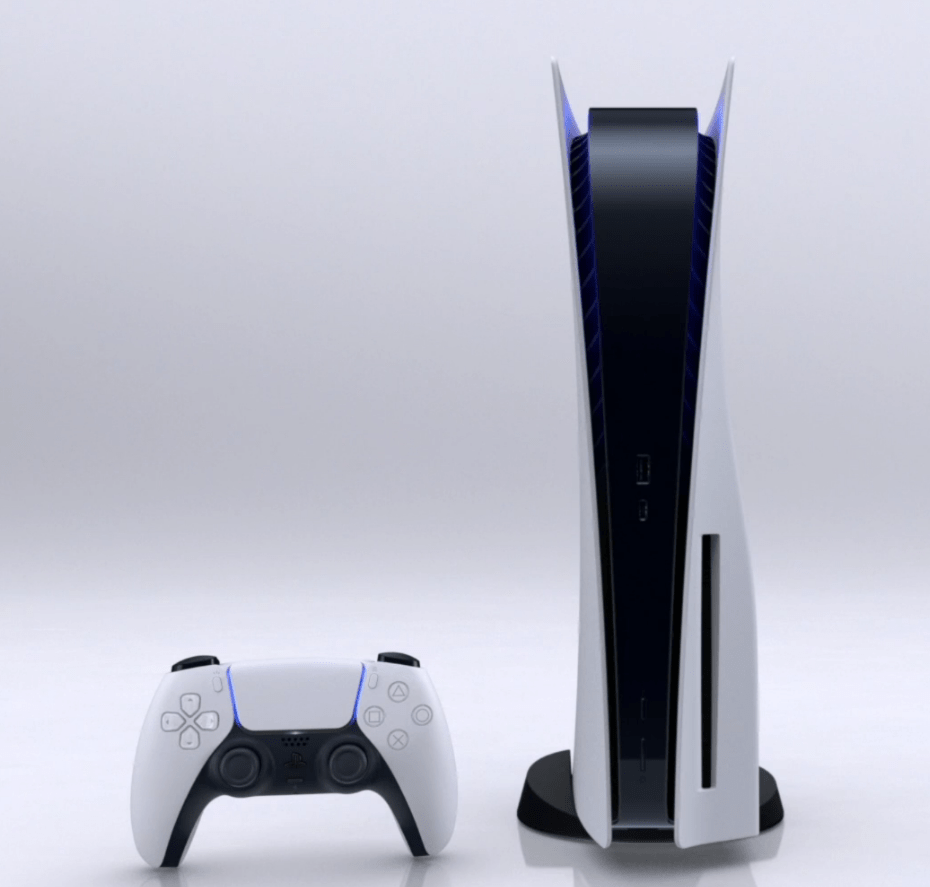 The PlayStation 5 event is complete, and along with the announcements about upcoming games, players also got the first look at the upcoming Sony console. The console is sleek and modern – what gamers in 1994 probably would have said consoles in 2020 would look like.

Suited to stand up or put on its side, the PS5 features striking fans and appears to be much smaller and slimmer than the upcoming Xbox Series X. The controller and other accessories are also like something straight out of Interstellar.

…and here it is. Thanks for watching! #PS5 pic.twitter.com/pOzHc31X3G

It’s not clear whether the base console will ship in all-white or whether there will be other color choices at launch. Blue lights along the fans give the black, white and blue console a very modern look. It also looks a lot like your router.

All the console gear was released as well, such as the controller, PS VR kit and headset. These are also all-white and sleek. No price tag was set during Sony’s landmark event but an all-digital version will be available for purchase at launch.

A first look at the brand new PS5 console

There is also no clear release date set for the console, although it can be expected to come before the holiday 2020 season. Around September or November. Both Sony and Microsoft have stated no delays have been caused by the Coronavirus pandemic.

The DualSense controller was revealed online some weeks ago and will feature innovative haptic feedback technology. You will also be able to customise your controller’s performance like never before, with adjustable triggers usually only found on elite versions of controllers.

PlayStation 5, like its Xbox Series X counterpart, will be available in two versions – one with a disc drive and one without. Its diskless model is much slimmer than its alternative.

The event also highlighted some of the upcoming games which will release with the new console at launch. These include NBA 2k21, Grand Turismo 7 and Spiderman: Miles Morales.

New previously unannounced titles include a brand new Ratchet and Clank game to add to the franchise’s list of well-loved classics, Resident Evil 8 and a Horizon Zero Dawn sequel.

Borderlands 3 Gets A Patch Today That Removes The Cartel Event, Adds QoL Features

Jul 10, 2022 Justin Geller 1170
The first 'NFT game console' known as the Podium One is about to be discharged in 2024. However, there are quite a few complaints and ones around the...