Borderlands 3 Gets A Patch Today That Removes The Cartel Event, Adds QoL Features 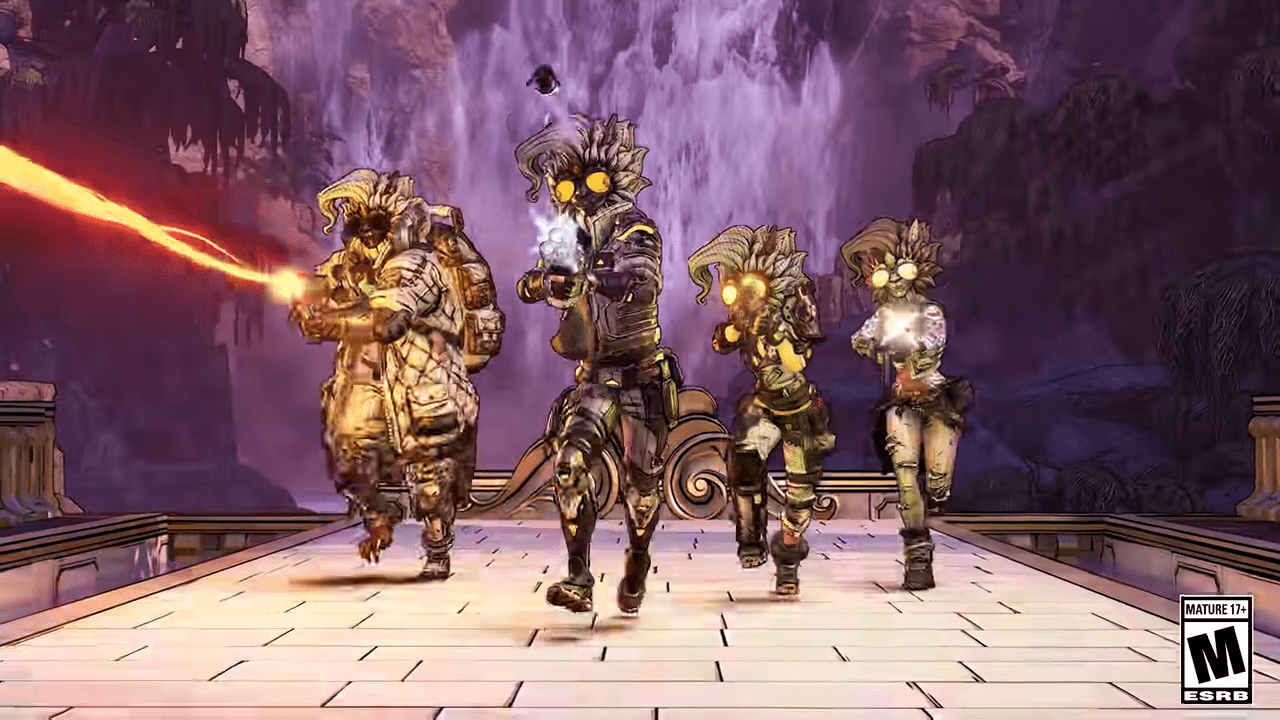 If you’ve seen Borderlands 3 queued for a patch today in your library, and wondering what possible shenanigans could possibly be afoot this time, you aren’t alone. In the minority, perhaps, but certainly not alone.

Today Gearbox has pushed a patch that has finally brought a close to the fascinating Cartel event, a repeatable mission with a fantastic amount of loot to be gleaned after players have picked up enough Cartel tokens while playing normally.

Unfortunately, the event is now over, making room for what will hopefully be new events arriving sooner rather than later.

Speaking of upcoming, the patch is also bringing support for the next free update called Takedown at Guardian Breach. It’s an end-game challenge that will place vault hunters face-to-face with multiple elite monsters and bosses all at Minos Prime that Tannis will send you to.

You can customize precisely how hard you want your face kicked in, with harder difficulties giving you a bigger bang for your buck in terms of the levels of loot that will drop.

Further, the spawns are customized for the number of members in your party: don’t fret if you prefer to spend some quality alone-time by removing the heads of enemies in the most recent neon-tinted title from Gearbox.

Today we will release an update for #Borderlands3, which will be live by 12PM PT. This update adds Takedown at the Guardian Breach, addresses the first phase of changes to Mayhem 2.0, and addresses some player-reported concerns.
📖 https://t.co/ARKTf1JKn9 pic.twitter.com/lyVZkIEch7

If you’re stoked about taking the most dangerous mission yet seen in Borderlands 3, take a quick moment or two: this event can only be reached by completing the exhaustive main story in its entirety, and even then Gearbox warns that this is crafted to be a brutal experience.

This will be a punishing endeavor for all but the best Vault Hunters in the galaxy, and its high time you prove yourself as one of them.

If you find yourself wanting even more punishment, there’s a fun little switch that you can hit at the entrance of the event that will enable True Takedown Mode; a test designed for four high-skill-level players outfitted with the best gear and impeccable communication.

While Gearbox is designing this as a test of skill and gear for players, it’s also a test for Gearbox; if they can make a difficult segment without relying on the classic bullet sponges that have plagued the series since its inception. Today, at least for those that have made it through the story, it’s time to find out.