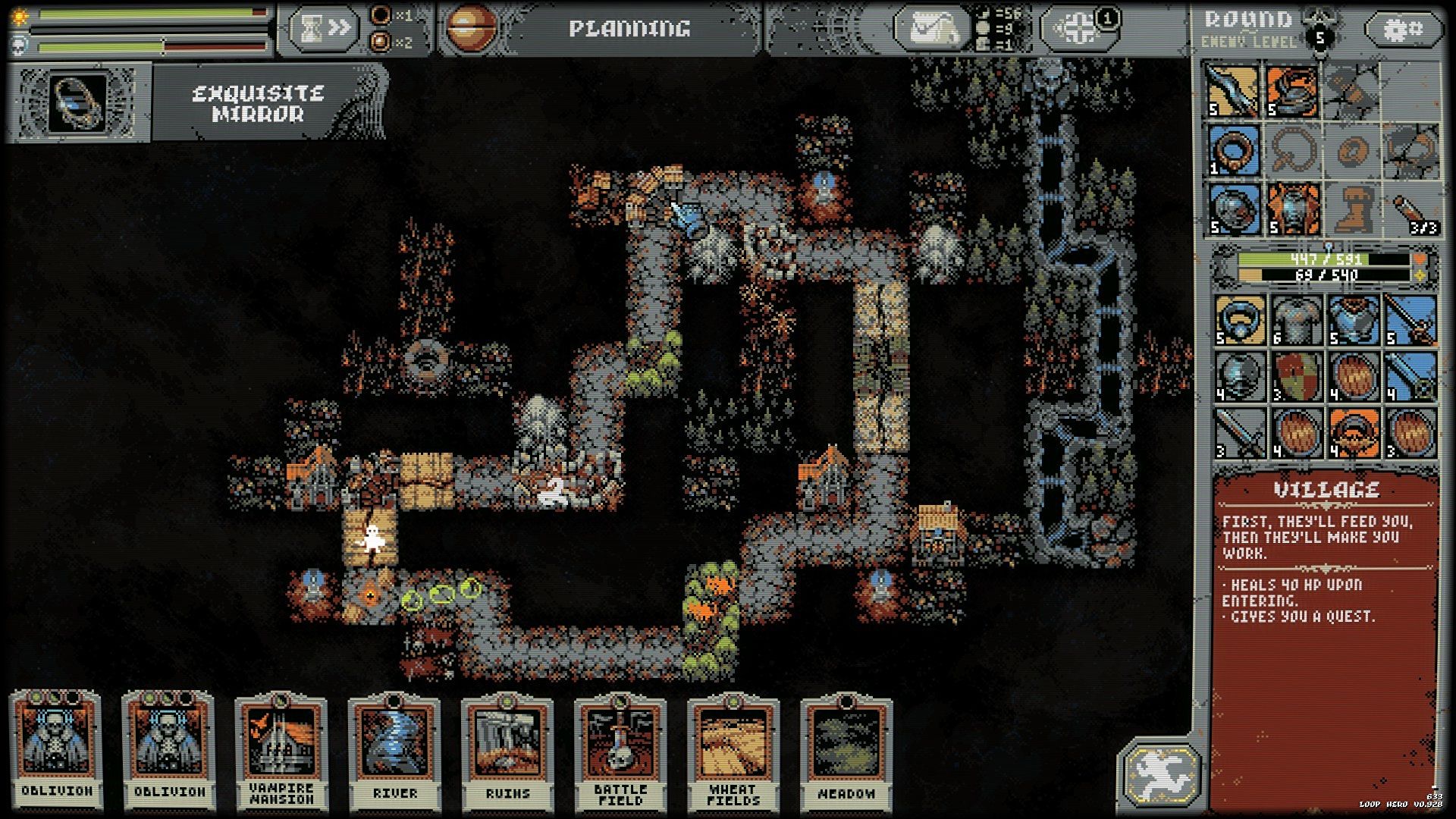 Loop Hero is one of 2021’s breakout indie hits. Since March 2021, it has received tens of thousands of positive reviews on Steam and maintains a relatively steady player number. This saw a surge after its recent June update, which introduced some new tiles and monsters to the game.

All this success has led to something pretty awesome: Loop Hero will arrive on Nintendo Switch in Fall 2021. Nintendo’s handheld console is pretty much the perfect way to play a game like Loop Hero. Complete portability, and the sort of game you can duck and dive out of in short bursts, or sit and play for hours while you wait for a train.

RELATED: Borderlands 3 Seasonal Event Revenge Of The Cartels Is A Resounding Success For The Title

Fight back the Lich and wield an expanding deck of mystical cards to build your own world to traverse through when Loop Hero from @_FQteam and @devolverdigital comes to #NintendoSwitch this holiday! #IndieWorldpic.twitter.com/el4X4x1wbx

Loop Hero is developed by the small, Russian team Four Quarters, and published by Devolver Digital (who have been on absolute fire recently with a string of successful games from smaller, unknown studios.) Loop Hero popped out of pretty much nowhere, with little fanfare, but quickly rushed to the top of the Steam charts. It remains one of the most popular games on the platform this year.

For those who haven’t played before, Loop Hero is a rogue-lite. You loop around and around with your Hero, placing tiles around a set path. These tiles have an impact on the game world, such as spawning monsters, or interacting with each other to provide nerfs and buffs to your character.

As you progress on each level, you defeat bosses. Defeating bosses unlocks the next chapter. While you work towards the boss fights, you’re also gathering materials to help construct your camp. New buildings offer different tiles as you slowly build your arsenal of possible strategies for the three classes currently available in the game: Rogue, Warrior, and Necromancer.

Despite its apparent simplicity, Loop Hero is actually quite a complex strategy game. Knowing which cards to place, and when, is very important. The final level, Chapter 4, requires you to face off against all of the bosses at once. It took me several hours to beat it.

RELATED: Popular Streamer And Mental Health Advocate DesMephisto Has Been Given An Honorary Item In World Of Warcraft: Shadowlands!

But more than anything, Loop Hero is an aesthetic pleasure. With nothing too complicated or fancy, the graphics should be very simple to port over to Nintendo Switch, and with the soundtrack one of the best of the year, you will be able to enjoy the game to its fullest, even on the small screen.

Jul 3, 2021 Harry Alston 11370
The recent demo of Sable got me thinking about game soundtracks again. There's no denying that the music of Sable is incredibly powerful. Set to the...

Mar 5, 2021 Harry Alston 5820
Loop Hero is Devolver Digital's latest indie offering, and it jumped to the top of the Steam best seller's list on its release day. Developed by...