call of dutythe simsthe sims 4elden ringPOKEMONgears of warGenshin ImpactoverwatchOverwatch 2the witchercall of duty: modern warfare 2red dead redemptionred dead redemption 2the last of usalone in the darkpokemon goelectronic artsValorantMyststardew valleystar wars jedi: fallen orderGod of War RagnarokbayonettaBayonetta 3final fantasy
Home
TECH
Halo Infinite Is Getting Roasted Over Graphical Fidelity After Being One Of The Few Titles To Show Gameplay 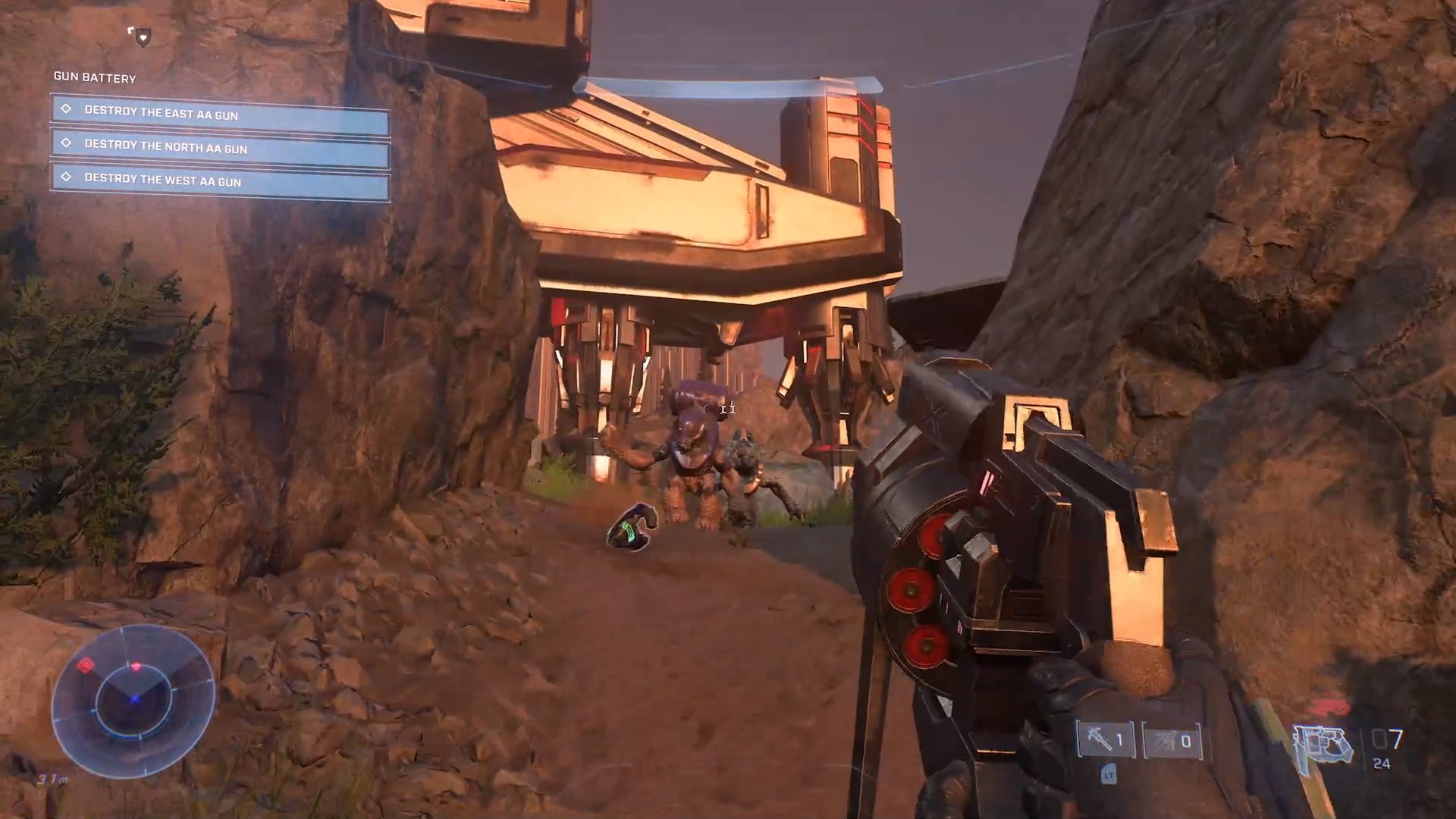 ‘Why aren’t we seeing more gameplay in these showcases‘ is a gripe that many had with the Xbox Games Showcase that premiered earlier today; we have our answer surprisingly quick as multiple fans have begun poring over the Halo Infinite gameplay that was shown during the presentation.

To be fair, there wasn’t too much meat in the presentation, and the Halo franchise is a consistent stomping ground for Microsoft every time they introduce a new console. With the Xbox Series X being the ‘most powerful console available‘, perhaps there are a few valid points that fans have begun making on Twitter about precisely why Halo Infinite is starting to get roasted.

This is a little ridiculous… pic.twitter.com/jupzGeslBI

The picture in the second tweet shows the face of a Jiralhanae that is locked into mortal combat with the Master Chief, mere moments before he takes a melee blow to the face; he seems to be relatively accepting of his fate, perhaps trying to remember if he left the stove on before taking to the battleground.

On one hand, users want to see gameplay before they begin to get excited over a new title on the horizon: on the other hand, the eagerness from developers to participate and show some gameplay could bite them in the worst possible way while they’re attempting to drum up some excitement.

Still, when you compare moments like this one to the event that Sony held for the PlayStation where they showed off multiple titles with dazzling effects and fidelity, it’s difficult to root for the Xbox Series X, even when they are bringing these massive titles to the Game Pass.

These screenshots aren’t doctored, either; they’re coming directly from the gameplay trailer and 4K screens that Geoff Keighley shared on Twitter.

Granted, we are talking about a large open world and the title is still in development (although should be wrapping up), but even comparing the trailer and gameplay of Halo Infinite to, say, Ghost of Tsushima which recently came out, and it’s admittedly an unsettling, if not unflattering, comparison for anyone excited about the next generation of Xbox.

Combine this with the Xbox One’s relatively mediocre retail performance that allowed PlayStation to easily take command of the console wars (whatever they may mean in the modern era), and it seems to begin painting a picture of Microsoft struggling to maintain a dog in the fight of consoles. This also coincides with soundbites that we’ve reported on in the past, that developers are a bit more excited for the PlayStation 5 than the Xbox Series X.

That’s s stark contrast to the position of the Xbox 360, and perhaps it’s also a bit early to claim that the Xbox Series X will struggle in general when it finally releases. The images that are being blasted across the internet following the Xbox Games Showcase, however, are interesting to analyze.