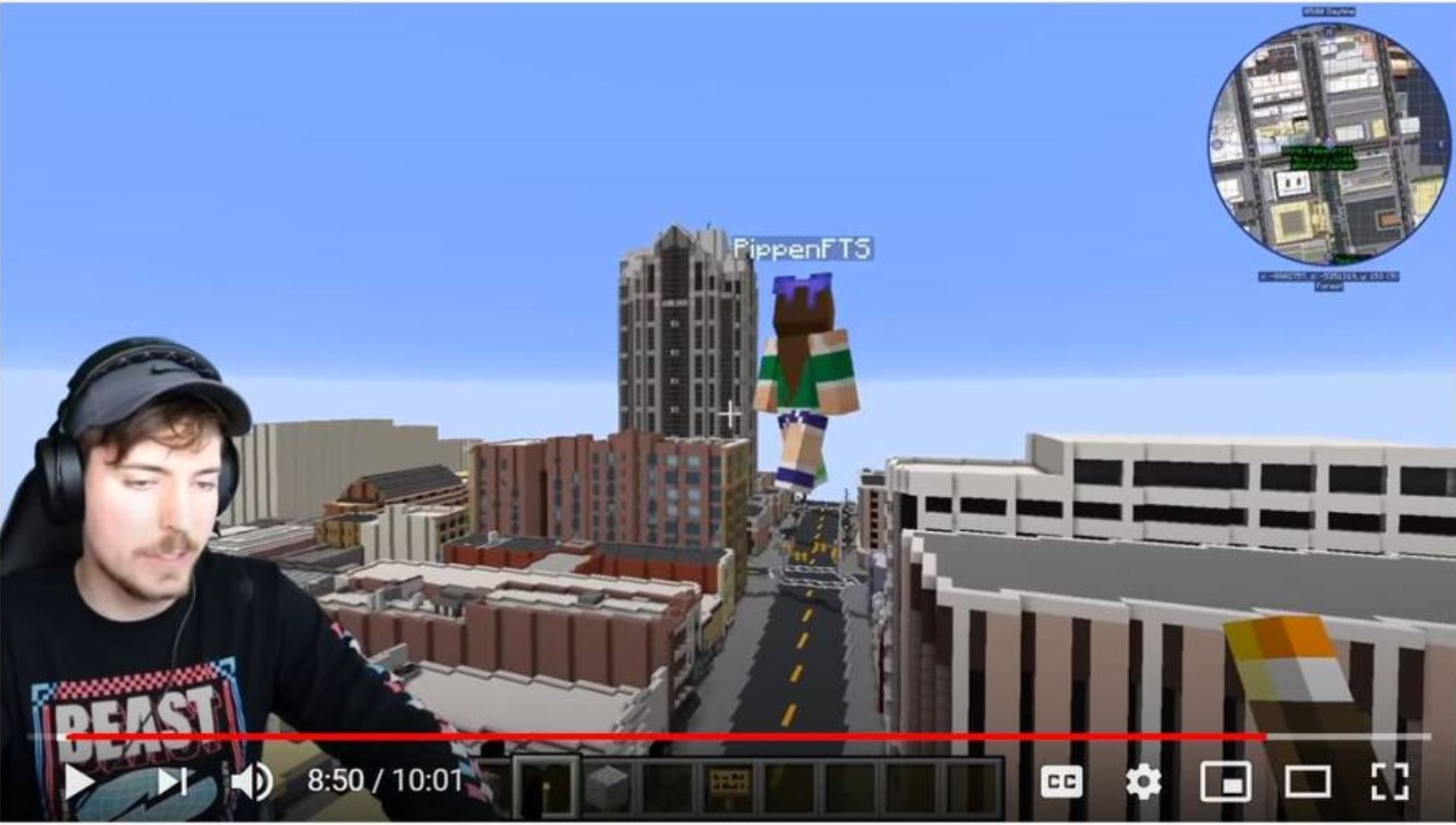 Minecraft is commonly used when recreating a location; this use for Minecraft has become prevalent during the current pandemic. These recreations usually range from a single statue to even the Chernobyl Radioactive zone.

Minecraft is commonly used due to not only its massive player base but also the ease of building in Minecraft makes it an ideal choice.

MrBeast, whose real name is Jimmy Donaldson, has posted a video showcasing the recreation! His gaming channel, called MrBeast Gaming, currently has 3.23 million subscribers. MrBeast is a well-known YouTuber that is known for his extravagant gift-giving videos.

He has done everything from buying a car dealership, cars included, and giving the cars away for free to even creating an app with the sole intention of giving away $25,000. 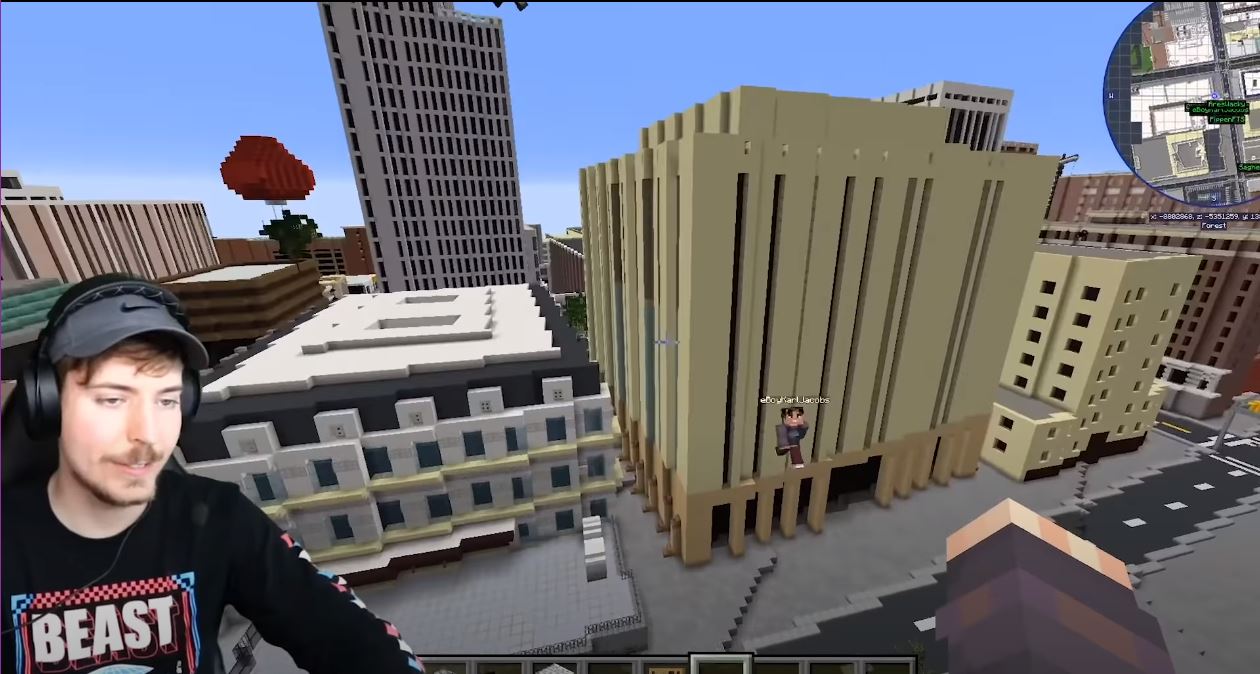 During this video, MrBeast explains that it took about 50 other users to create this vast and fantastic creation! MrBeast and his friends all joined in to help the recreation move much more efficiently!

This city was also completed for another YouTuber’s project, and this project is designed to build the world in Minecraft on a 1:1 scale. This other YouTuber is PippenFTS, and he has created a discord server called Build the Earth, where players can go and join and even help in the project to recreate the earth on a 1:1 scale. 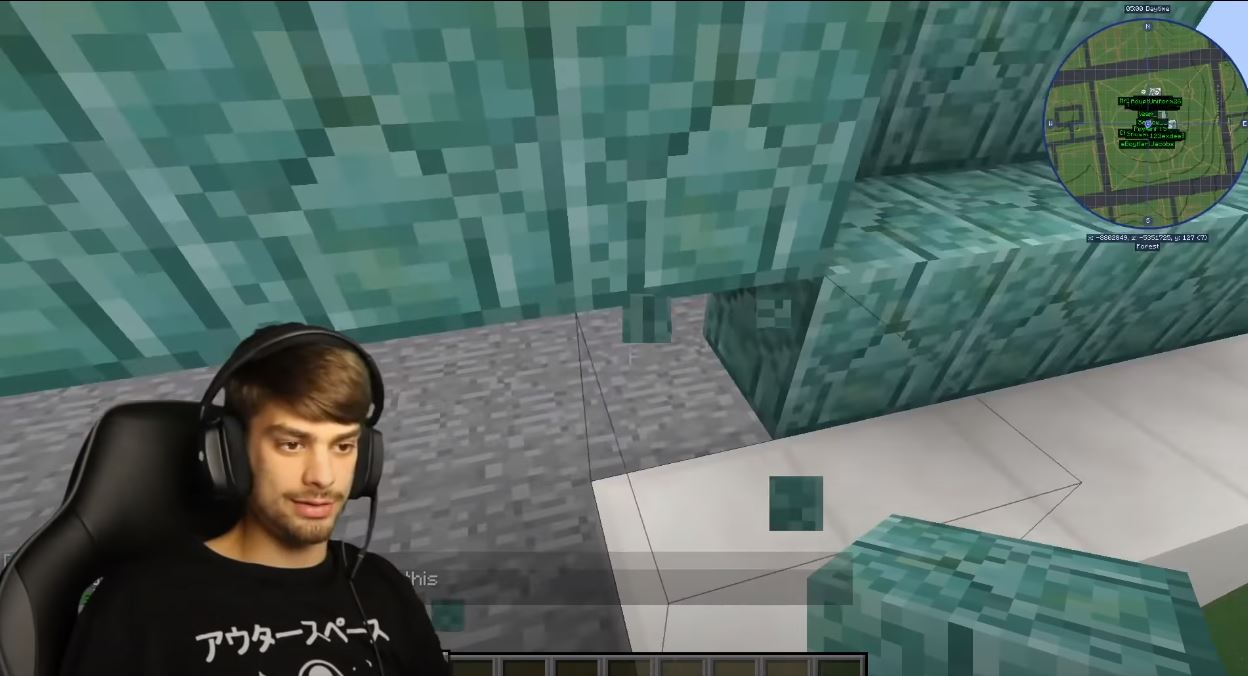 MrBeast’s video starts with the creation of the capitol building then proceeds to show the building the rest of the city. These locations include places like N.C. State University, various buildings throughout the city, and even smaller items like traffic lights and stop signs. The level of detail showcased in this build is impressive and shows a large amount of effort the builders put into recreating the city!

In a very MrBeast fashion, MrBeast made the creation of the city have a time limit of twenty-four hours.  During this time, MrBeast and his friends helped and explored the city, which showcased the hard work that the fifty builders had put into the city.

After just one hour, the capitol building is completed MrBeast set his builders loose to complete the rest of the city, and it looks fantastic while still looking incredibly realistic when compared to actual photos of the city!

Go check out this fantastic video on MrBeast’s gaming channel, which showcases this great build!

Werewolf: The Apocalypse - Earthblood Won't Be Out Until 2021 According To Recent Trailer

Sep 21, 2022 Tom Lee 1490
Over the years, Minecraft has partnered with a lot of firms to provide a wide range of snacks and meals, and soon there will even be ice creams...