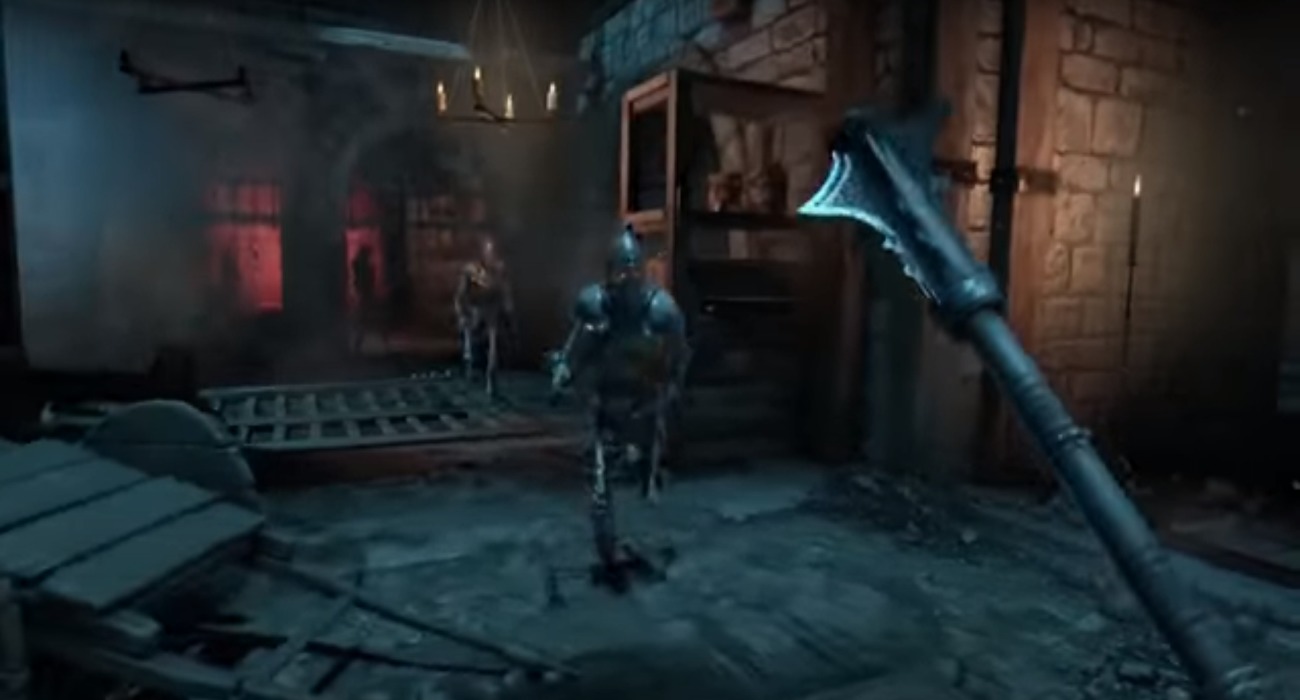 When you think of competent and memorable games featuring zombies, Dying Light definitely stands out amongst many of its peers. Techland did an amazing job at the parkour traversal system, customizable options, and frightening zombie designs.

Things are about to get a little more sinister in Hellraid, Dying Light’s next DLC. It was teased earlier in the year, featuring a haunted basement of some sort and a mysterious arcade system. It’s a portal to some otherworldly place — presumably hell.

Now we don’t have to keep guessing when it will be available. According to reports, Hellraid will be playable on July 23 for the Xbox One, PS4, and PC. That’s a little under a month away, which as you might imagine, is getting many Dying Light fans excited about the new enemies, environments, and challenges.

As far as the premise behind Hellraid, it’s your chance to battle your way through the depths of hell after being transported here via a haunted arcade machine. It showed up unexpectedly in the Tower, but is your ticket to all-new demon slaying action.

More details have also started to trickle in about this highly anticipated DLC, such as your ability to use ancient weapons like swords and axes. You’ll also be able to participate in this demonic action either solo or with a friend. In fact, up to four players can join together.

It seems like a great way to approach the more difficult threats that Hellraid will more than likely throw your way.

According to the DLC’s Steam page, players will also be able to pick up bounties for additional prizes. You can bet there will be some worthwhile goodies that give you a strategic advantage in these dark, confined dungeons.

All in all, this DLC is shaping up to be a worthy expansion. We know Dying Light 2 is coming down the pipe, but a time frame for its release still isn’t known. At least players have the opportunity to enjoy new content while Techland figures out how to make the series better in all of the right departments.

They made an amazing game in the original Dying Light, but have so many opportunities to make the sequel better. That includes fleshing out the story and adding a lot of NPCs that you easily grow attached to. This element was lacking in the original, so the sequel is the developer’s chance to right these wrongs. For now, though, Hellraid should hold fans over.

Building A Minecraft Pixel Pool May Just Be The Perfect Way To Cool Off This Summer!

Nov 10, 2020 Lisa Nguyen 21710
Store listings have begun to appear for Dying Light Anniversary Edition on consoles. Techland and Deep Silver have not yet formally announced the...

Jul 18, 2020 Chris Miller 8440
Interesting: after the open beta for the Dying Light Hellraid, Techland has announced with little fanfare that the DLC is going to be delayed by...