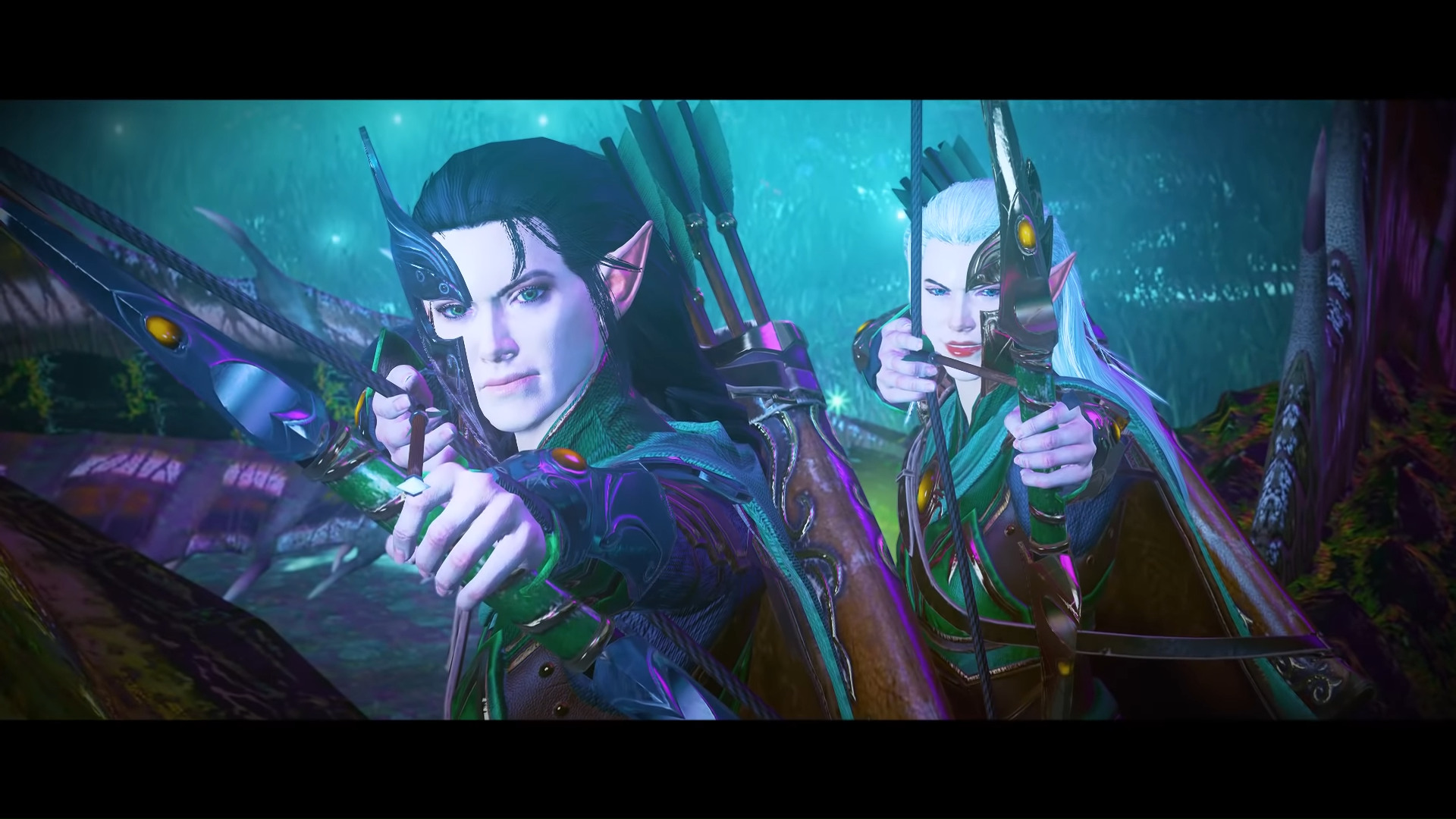 The next Warhammer 2 DLC, The Twisted And The Twilight, is out in early December. As part of the new content, players will be able to play with Drycha, a legendary tree-spirit with a deep-rooted hatred of Elves. This legendary lord will be available for those who own the original Wood Elf DLC, Realm of the Wood Elves.

Drycha is one of the most powerful forest-spirits in Athel Loren, with a hatred for the Elves since they arrived in the forests. Creative Assembly has put together a new model for the tree-spirit, and she looks pretty awesome.

The ancient and malevolent tree spirit, Drycha, has a deep-rooted hatred of Elves, resentful of their mere presence…

For owners of Realm of the Wood Elves, Drycha is the new Free Legendary Lord playable within the Mortal Empires Campaign! pic.twitter.com/02AUvtQIG3

RELATED: Drunken Wrestlers 2 Gets A Massive Update To The Hilarious Free To Play Title

This content is considered an FLC, a free part of the upcoming DLC, you will have to own the previous Wood Elf DLC. Then you will be able to play as Drycha on the Mortal Empire campaign map. She will start north of Sylvania, close to the Vampire Counts.

Although her abilities and effects are yet to be fully revealed, there’s a sort of teaser with a collection of her named-abilities. Here’s a look at the image that was posted on the official Total War Twitter. 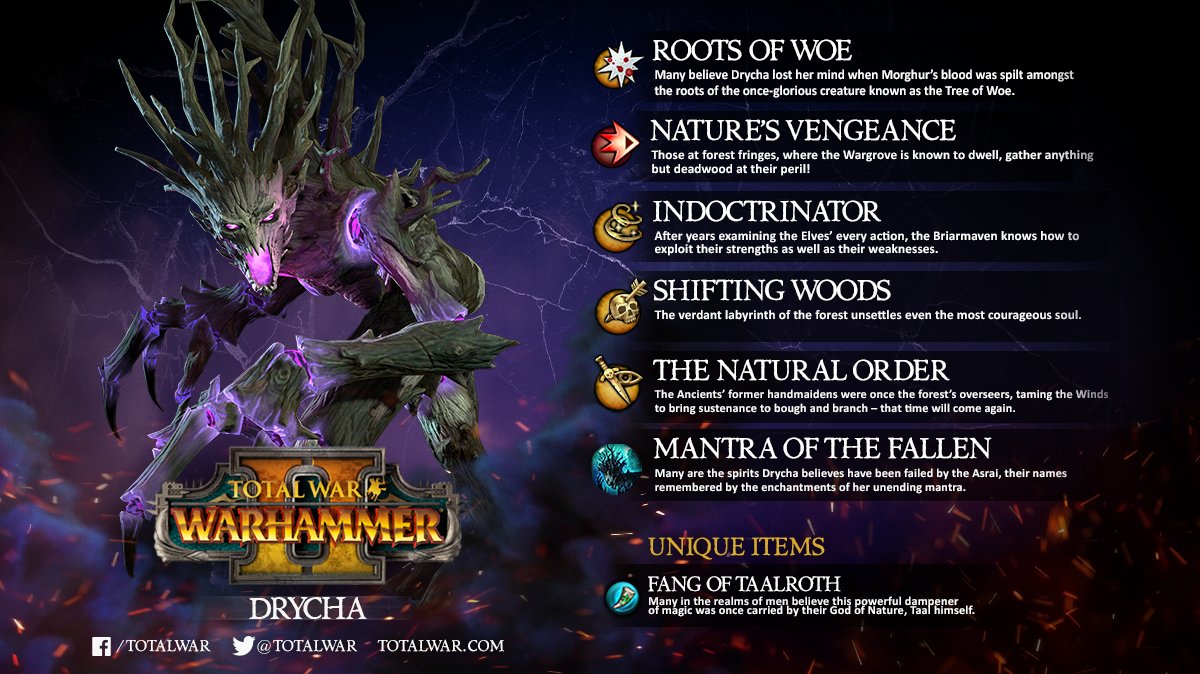 You can get a decent idea of what to expect with Drycha’s abilities, such as Mantra of the Fallen being some sort of resummoning ability, Shifting Woods causing morale-loss in enemy troops, and Nature’s Vengeance being some sort of natural ability, wielding the power of the surrounding forest.

Drycha is the free legendary lord for The Twisted and the Twilight DLC, while you will also receive a free legendary hero character in the form of the Skaven chieftain. This will be available with the base game and you won’t require any previous DLC to play with the new rat character.

The Twisted and the Twilight DLC further expands on the ME campaign map with more forests including to the West, new units for the Skaven factions, and significant changes to the Wood Elf in-game mechanics. New lords include the Twilight Sisters and Throt the Unclean, facing off in the faces.

Further details will be revealed as we get closer to the release date for the Twisted and the Twilight DLC, with an expected release in the first week of December. There may be some gameplay trailers of Drycha and the other additions.