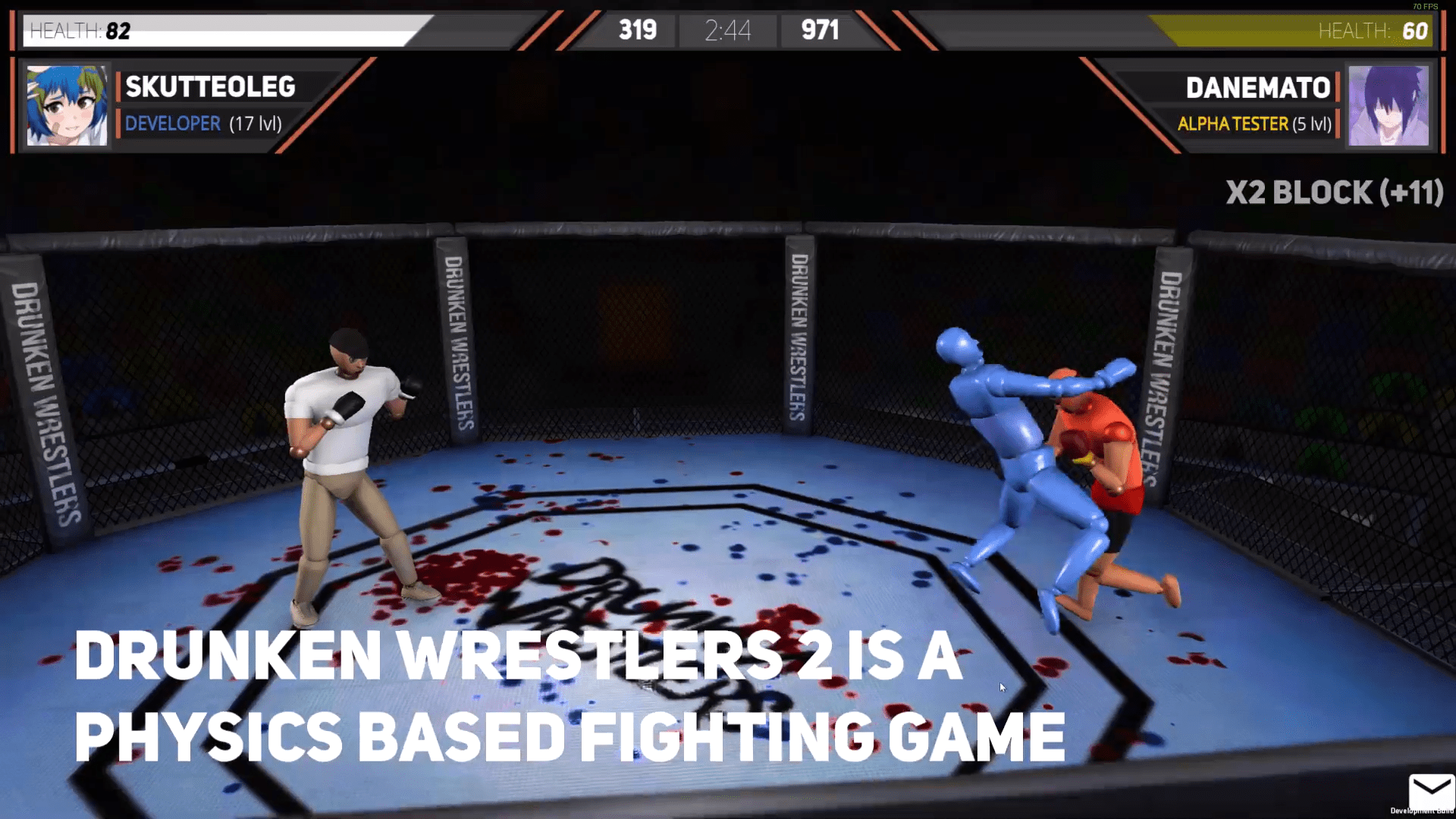 If you’ve ever seen to wet fish fight each other out of water, imagine being able to control one of the fish.  That’s what Drunken Wrestlers 2 feels like, in the rather silly sequel to Drunken Wrestlers that was recently pulled from the Google Play Store.  It’s a physics-based brawler with a surprisingly easy control scheme, pitting two rather wobbly players in a head-to-head match in a fight to the finish, or until someone loses a limb and bleeds out.

The update brings the title from easily bypassed to a fantastic party game, much like Gang Beasts and Human Fall Flat.  It also has Remote Play Together functionality, but with the title already being free to play, it’s less impactful than it could be for purchasable party games.

It’s decidedly still in Early Access; figuring out the servers, or how to just learn the game by yourself with bots, can take some figuring out as the menu UI is still very clunky, and titles have the tendency to overlap.  Even selected ‘Offline Mode’ brings you to a server browser for online, so it’s a bit scuffed in terms of presentation.  However, once you get past the menus, there’s a fantastic time to be had in the ring, or wherever you choose to stomp your opponents face in.

"The Big Update" is OUT NOW!

With a round-robin type of play, where players watching the bout get subbed in after someone loses their life while the person who won doesn’t get healed, it even brings an ability to do damage against the most storied of veteran drunken wrestlers.

The most recent update, appropriately titled ‘The Big Update’ brings with it a litany of items and features that turn the game from a tech demo to a good time.  There are an in-game shop and cosmetics to style your fighter with that can be purchased by winning money in the ring; the wacky outfits and color schemes almost inevitably turn out horrendous, to everyone’s enjoyment.

Replays have been added as well, allowing you to record that time you tore off your arm on a seat while you were kicked on the rump repeatedly.  With the ability to play back the replay with slow motion and various other editing techniques, it’s adequate enough.  There has yet to be a time where I’m eager enough to learn what the opponent did, because they’re likely doing what I am: frantically mashing the keyboard while giggling.

A tutorial has been added, along with a training mode where you can practice various techniques.  While Drunken Wrestlers 2 is primarily a fun party game, there can be loads of skill involved if you want to start seriously dealing damage.  From when to attack your opponent when they’re on the ground, to focusing damage against a singular body part to decapitate or otherwise remove parts of your opponents body, there is depth to be found.  Some of the tutorial is still yet unplayable, as it’s being developed, but what’s there can give you a leg up on the competition.

Finally, a stamina system has been added, which is fantastic when you’re up against a person who just likes to hold block until the time runs out.  Based on how heavy the hit they block is, is how much their stamina bar will decrease; a solid connection can deplete almost the entire bar in one swing, bringing a balanced variety to combat.  If an opponent scores a perfect block (a parry in other titles), you’re stunned for a second or two, so beware of being easily read.

From a quick glance, Drunken Wrestlers 2 looks like little more than a facade of poor physics and juvenile humor.  Which is accurate, but also tremendously enjoyable. 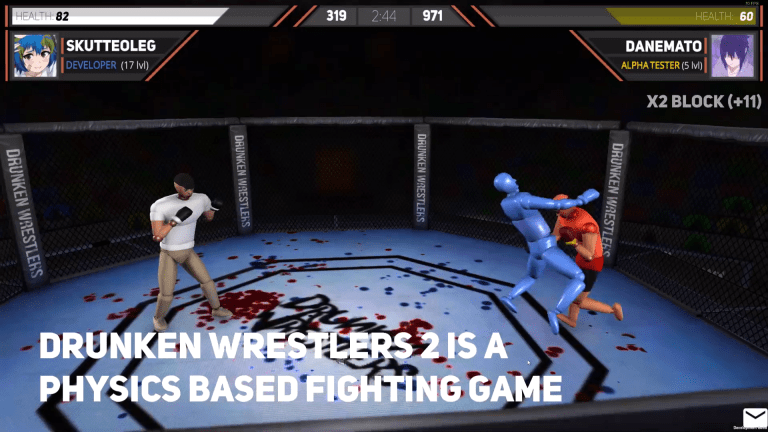 Jan 4, 2020 Chris Miller 23070
If you've ever seen to wet fish fight each other out of water, imagine being able to control one of the fish.  That's what Drunken Wrestlers 2...