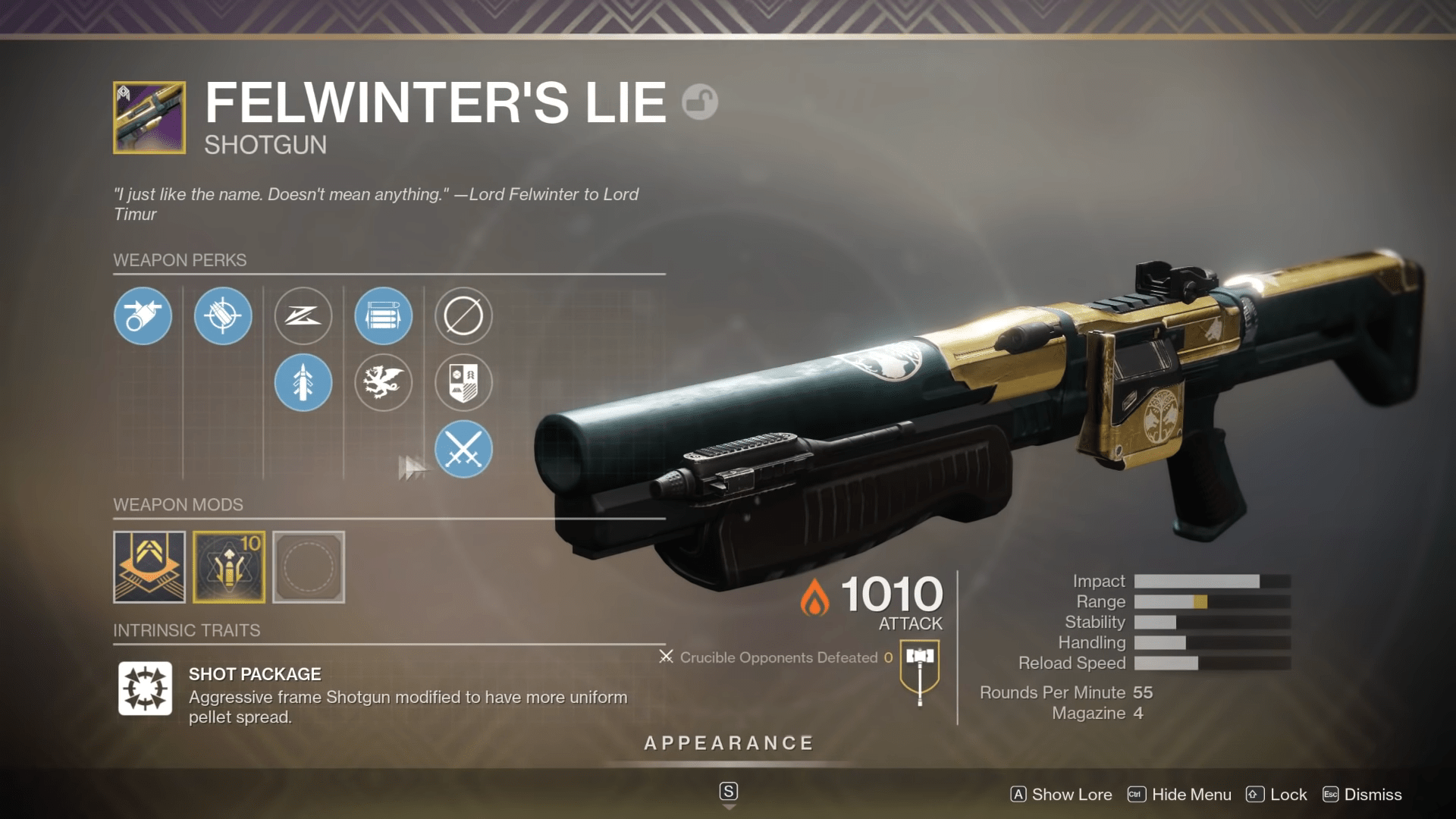 The Lie Quest in Destiny 2 is finally ready to be completed, with no more bugs or contentious community events to wade through. Now that the difficult part is over, largely thanks to Bungie relaxing the requirements for the community part of the quest, players can obtain the shotguns for themselves after just a little bit of grinding.

First things first, however, to begin the quest players must head over to Mars and speak to Ana Bray. The first step of the quest was tied into the community completing Seraph Tower public events, but luckily Destiny players everywhere ended up banding together to finish that mission a while ago.

As such, talking to Bray again will unlock the next individual step of the Lie, and this one is luckily not too difficult. After speaking with her, a new quest will pop up on the Earth called “A Warmind’s Secrets.”

This quest has players exploring the Vostok PvP arena and collecting three scannable items in order to proceed. The scannable items aren’t too difficult to find, and luckily the video guide down below by Youtuber KackisHD does a good job of explaining where they are.

Now the fun part begins, your quest should update and reveal the next step. Players must collect a certain amount of shotgun kills, either PvE or in the Crucible against other guardians.

It turns out to be 1000 regular enemies or 100 kills in PvP against other players. This seems like a hefty amount, but grinding efficiently can help get this step completed quickly.

Unless you are some kind of PvP god, the best way to complete this quest is by fighting ads. If you’ve completed the Shattered Throne dungeon, you might be familiar with a location featuring never-ending spawns of shadow thralls. Turns out, this area is perfect for farming these shotgun kills quickly.

The best loadout is one featuring three different shotguns of course. Perfect Paradox, Tractor Cannon, and then an energy shotgun of your choice makes for the perfect deadly combination. Additionally, due to the nature of that room health will not respawn. As such, an exotic that will regen health is useful, or you can just play as a warlock to make things even easier.

After this, the quest will update once more and send players to the Lunar Seraph Bunker. Rest easy, as the only thing remaining is to complete a thematic mission.

The bug preventing players from completing this step should be fixed, so all that’s left to do is listen to some interesting lore, and finally, get your hands on the Fellwinter’s Lie shotgun.

Minecraft's Mobs Explored: The Iron Golem, A Created Protector Of Players And Villagers