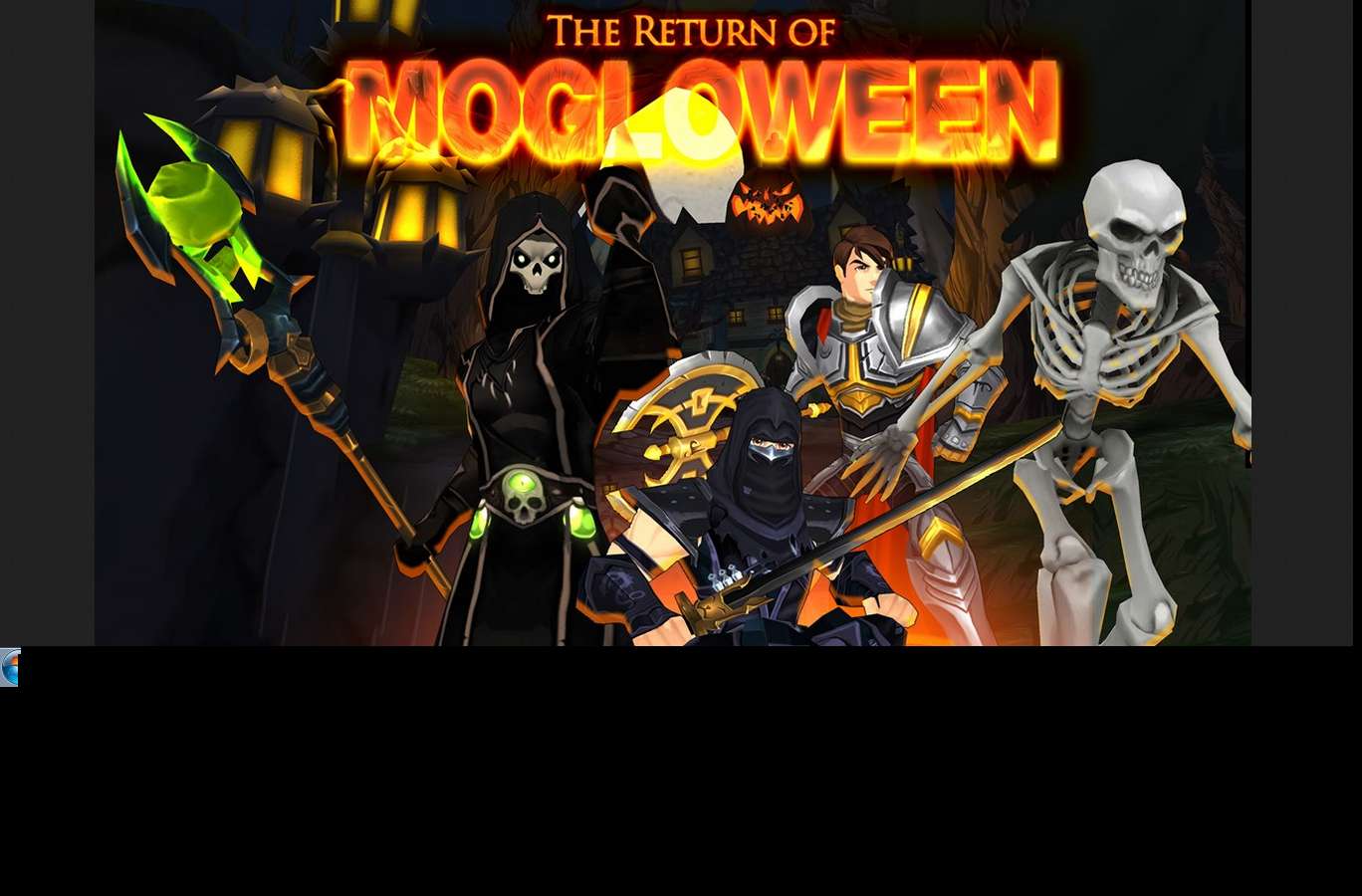 Artix Entertainment has released its annual Halloween event, Mogloween. Mogloween is an event where all Artix Entertainment games with an ongoing story get a spooky filter around the borders of the games, special weapons and armors are released for real money currencies and a special story is offered to players.

First released in 2003 for the original AdventureQuest, Mogloween is an event where players have access to a seasonal items masks and candy, which can be traded for items such as the Pumpkin/PumpkinLord armors, which, depending on the game, may grant unique abilities while its worn.

But the name of the event comes from the Moglins. Moglins are an intelligent race of inherently-magical creatures that inhabit the world of Lore, the world of Artix Entertainment. Moglins can live nearly anywhere on the world, so you’re likely to see them in all the Artix Entertainment games. They are less than two feet in height, come in an array of different colors, have large distinguished ears, stubby arms and legs, and sport a long, softly curved tail. Males and females have no noticeable dimorphism other than the females’ long eyelashes.

But during the Mogloween event, they become ravenous for candy, which turns them into the vicious Moglinsters. Moglinsters are taller than the player character, gain teeth and claws and attack the player without mercy. The only way to turn them back to their normal Moglin state is to defeat them in battle.

Mogloween also has with it an ongoing story for each individual game. Dragonfable, which was the prequel story for AdventureQuest until the Great Fire War, tells the origins of Mogloween. Zorbak, the “ebil” Moglin who practices necromancy, tainted the candy supply for the world of Lore. This tainted candy, which somehow happens every year, transforms the normally docile Moglins into the raging Moglinster for the remainder of the event, until they are defeated in battle as previously stated.

Mogloween, like all seasonal events, normally lasts 2 to 3 weeks for players to run through, and like all other seasonal events, allows players to catch up on what happened before with the storybook system.  Players will have to complete each chapter, in order, before going on to the next one until they catch up to the current chapter, so a new player will never feel lost coming into the event for the first time.

Mogloween is an entertaining event in the Artix Entertainment family of games, and players look forward to it, and the other season events every year they play.