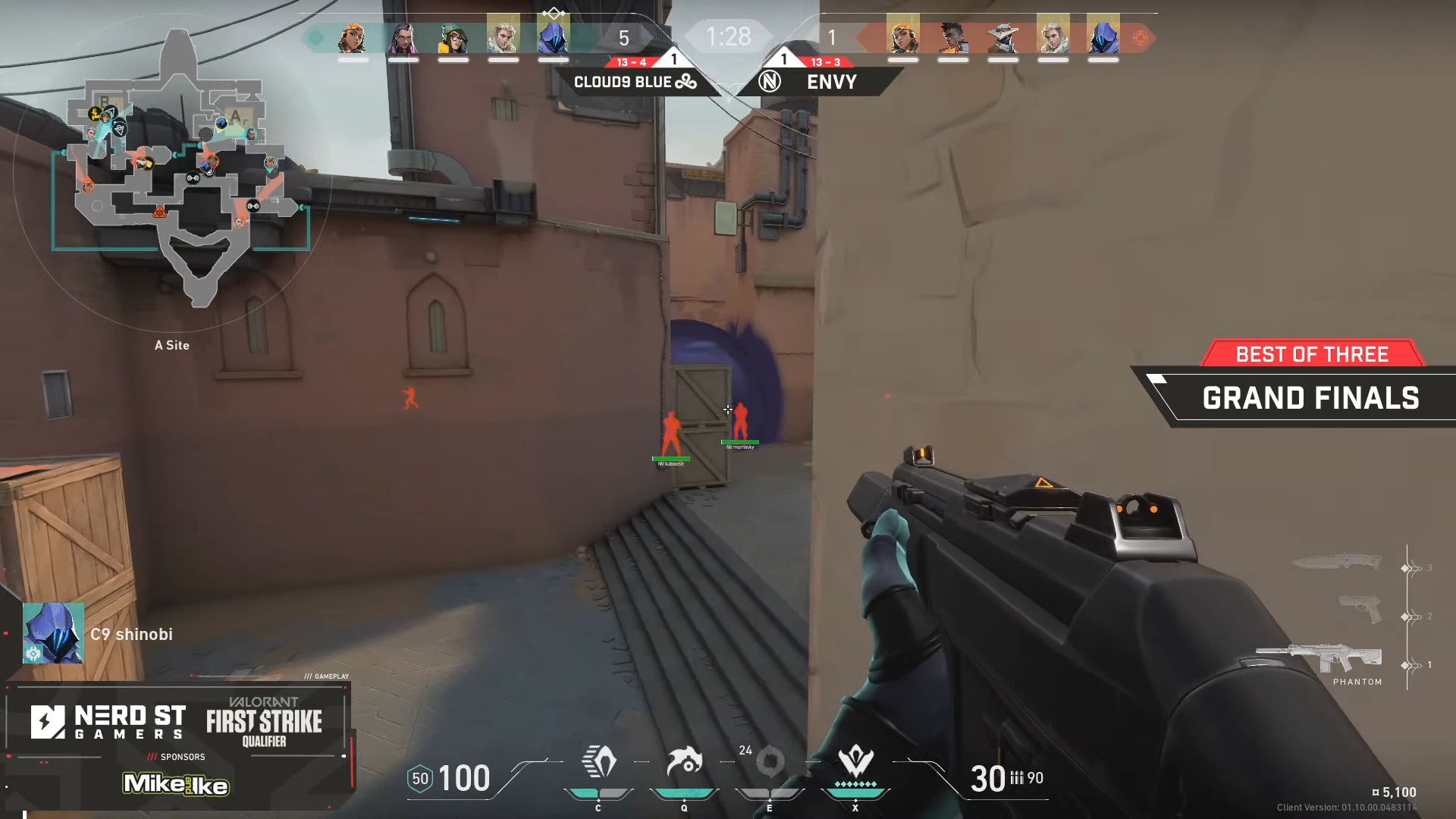 Though it was not a top tier competition, the VALORANT First Strike qualifier showed promise for what the eSports scene could potentially become. The exciting grand finals series between Cloud9 Blue and Envy got their fans on the edge of their seats. With C9 triumphant over their foes, the team can peacefully celebrate the Halloween season, knowing that they are at the first seed for next week’s closed qualifier.

Team Envy is boasting their newest addition to the lineup consisting of former T1 players Austin “crashies” Roberts and Victor “food” Wong. The squad showed strong performance and coherence during the series’s first map, even though C9 tried to claw back into the game. Envy was ahead early after a 13-11 map victory.

RELATED: Reports Suggest NRG Is Looking To Build Its VALORANT Team With Daps And S0m

Stay tuned for more information on next week's qualifiers! pic.twitter.com/RMuoFHNs51

With a historically strong performance on Split, C9 took the series to their most favorable map. Perhaps expecting their opponents to pick the said map, Envy started their campaign for a comeback during the second half. 19-year old pro Tyson “TenZ” Ngo completely shut the door for TNS and the rest of the gang. The Canadian player accumulated a game-high of 29 kills on his performance on Reyna, the closest player to his statistics is Skyler “Relyks” Weaver with 14 kills. As expected, C9 won their map choice, 13-7.

The best-of-three series was concluded in Bind, where the blue and white team gave no room to Envy. With the playmaking of Relyks’ Raze, C9 took an early lead. The former stand-in also outperformed his counterpart, food, and mastered the agent’s abilities to zone enemies and control areas. After C9’s commanding performance, the team took the crown for the VALORANT First Strike qualifier grand finals, 13-5.

Event organizer Nerd Street Gamers tweeted the result of the competition, “128 teams later, @Cloud9 Blue secures the #1 seed heading into the @PlayVALORANT #FirstStrike Closed Qualifiers!” The players were also statically announcing their victory on their social media accounts. Relyks writes, “We win 2-1 vs @Envy to take 1st in the first 128-team open qualifier, S E E D I N G! GGs to all teams we played, looking forward to playing the main qualifier.”

Nerd Street Gamers will continue the competition next week for the Closed Qualifier for VALORANT. Big names such as Team SoloMid, T1, Sentinels, and 100 Thieves and the top 16 teams from the open qualifier will be battling for the ultimate crown. Fans of other teams that did not qualify, such as NRG Esports, Immortals, and Cloud9 White, need not worry as these teams will try to secure a spot in the next UMG Open Qualifier.

Jan 7, 2021 Chris Miller 7630
Chaos EC crumbled because of the traditional reasons (whatever those may be) after managed to climb up the ranks with a ferocity that hasn't been...

Dec 11, 2020 Chris Miller 27940
Counter-Strike has been readily referred to as the bastion of esports. Simply put, if you were good enough to compete against the top players (and...

Nov 6, 2020 Chris Miller 5660
It has been months since Henry Greer hung up his microphone as an analyst and caster of Counter-Strike to become the general manager of...