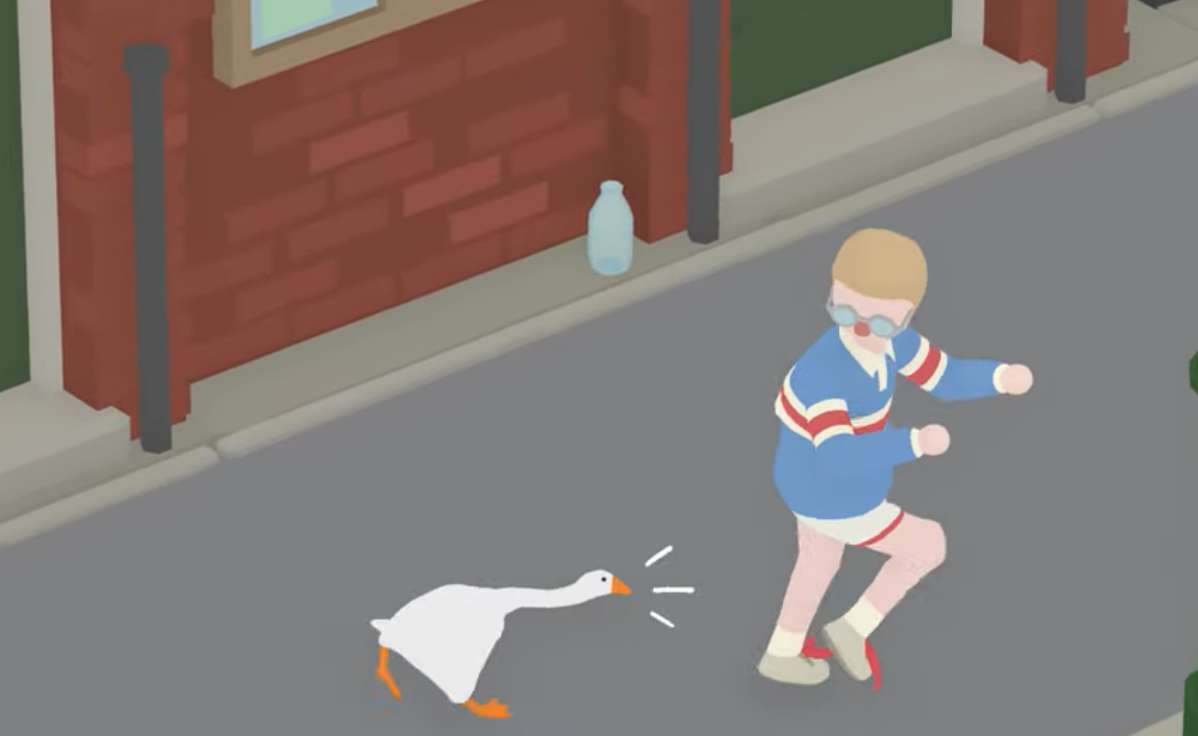 It seems like the whole gaming world is talking about House House’s amazingly named Untitled Goose Game, now available for purchase and download on the Nintendo Switch, Microsoft Windows, and Mac.

It also seems like the whole gaming world is playing it right now.

Australian developer House House announced that the ferocious fowl puzzler has garnered more than 100,000 sales in just its first two weeks. They didn’t give specific sales numbers but were sure to celebrate the passing of such a historic milestone.

This should not come as a shock to anyone that has been following the release of this long sought after game. From its title that’s not a title to its wholesome plot and concept, this game has captured the imaginations of gamers from all over the world.

Buzz for Untitled Goose Game began back in 2017 when House House showed the first trailer. Over the following two years, the game would acquire a cult-like following which would only increase upon release.

It’s a game that speaks to the meme culture of 2019, combining a fun puzzle game with a cute, innocent, and above all else fun concept.

In Untitled Goose Game, players take on the role of an unnamed goose antihero. Your goal? Cause as much of a ruckus around the human world as possible.

If you want an example of this game’s popularity, it topped Nintendo’s game sales chart on the Switch for the week following its release. While that is a great feat by itself, it did this by beating out a brand new Legend of Zelda title.

Untitled Goose Game outsold a Zelda game in its first week on the market.

When donning the beak of this game’s titular feathered fowl, players will maneuver their way through backyards, gardens, and neighborhoods in an attempt to mess with the area’s faceless human inhabitants. You can steal someone’s glasses, ruin a game of horseshoes, abscond from a garden with a pumpkin, you can even steal a child’s toy and give it to a shop owner that will make the kid buy it back. Take that, society!