Perhaps there’s an upside to Riot struggling to figure out how to add maps after all; workshop map creators for Counter-Strike: Global Offensive have figured out how to add the majority of Valorant maps into CS:GO for fans to see how they play with different mechanics.

All maps, minus Ascent (and the new Icebox), that are currently in the game have been ported over, and they are interesting to explore with the more tried and true mechanics of Counter-Strike where everyone has the same access to utility, instead of your utility being decided on what character you selected at the beginning of the game. 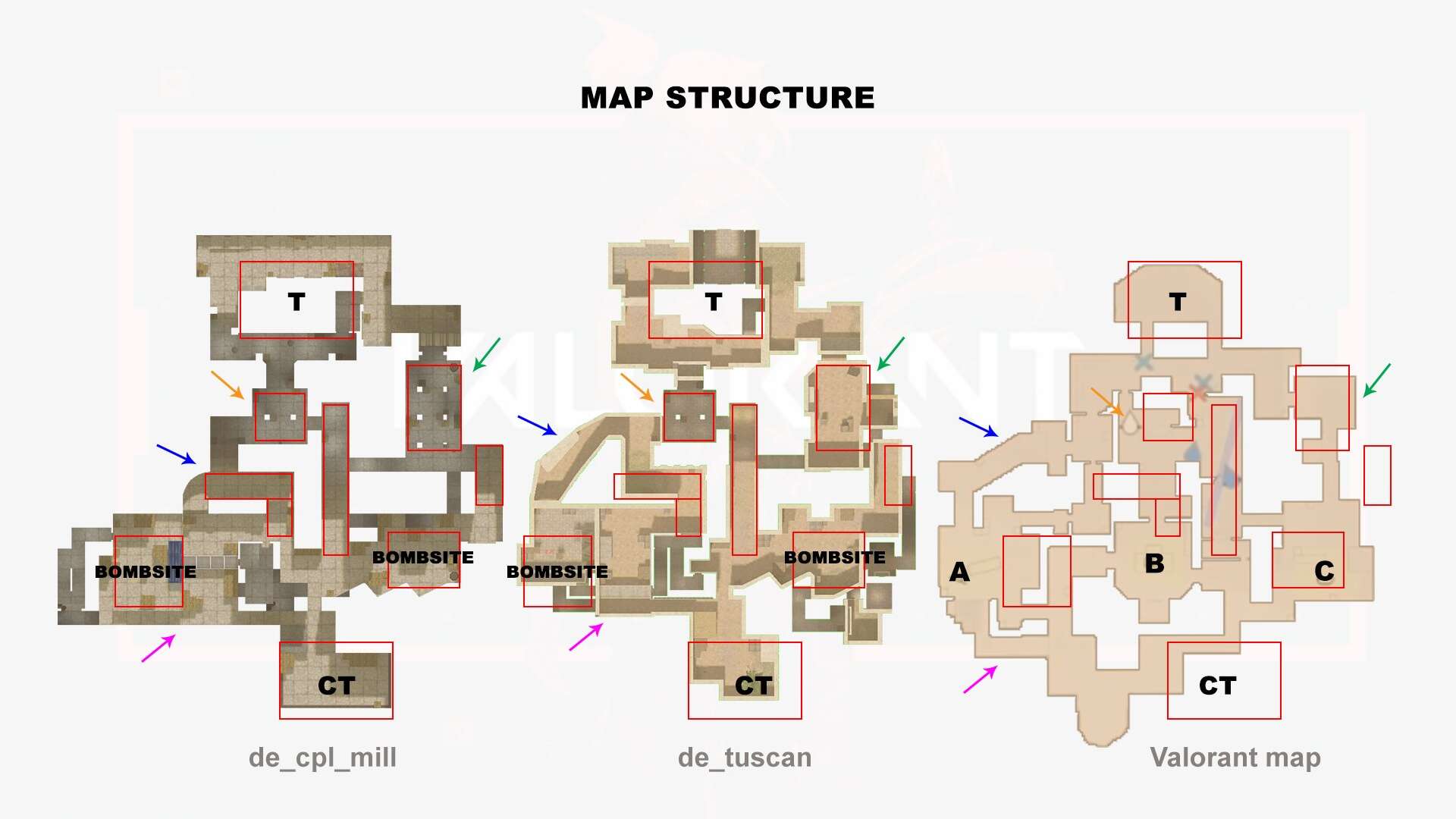 It’s been pretty well known that Valorant had vaguely copied layouts from Counter-Strike for their title, buying into the tried-and-true mentality with two bombsites, a few sniping areas with long sightlines, weighed against tightly-knit corridors that offer an advantage to riflers. It isn’t a one-to-one comparison by any means, as much as some like to state, but it’s difficult to deny that there are similarities as Riot ventures into territory that is known to work.

RELATED: The Valve Index VR Headset Pack Will Cost $999 Out Of The Gate According To Reports

Yet Valorant adds a lot more corners and hiding spots for people to play around, forcing constant swiveling and extremely difficult clutches.

Split (https://steamcommunity.com/sharedfiles/filedetails/?id=2077267434) is likely going to sprain someone’s wrist on bombsite executes; extremely fast clears of corners are necessary on any site you attempt to enter, often with two sides needing to be cleared simultaneously. CT side can expect a lot of places to tuck in and hide if that’s their style, and utility is vital for any side to get anything done.

This map is easily the most polished of the three at this point in time, with signs and textures adding a nice splash of style. 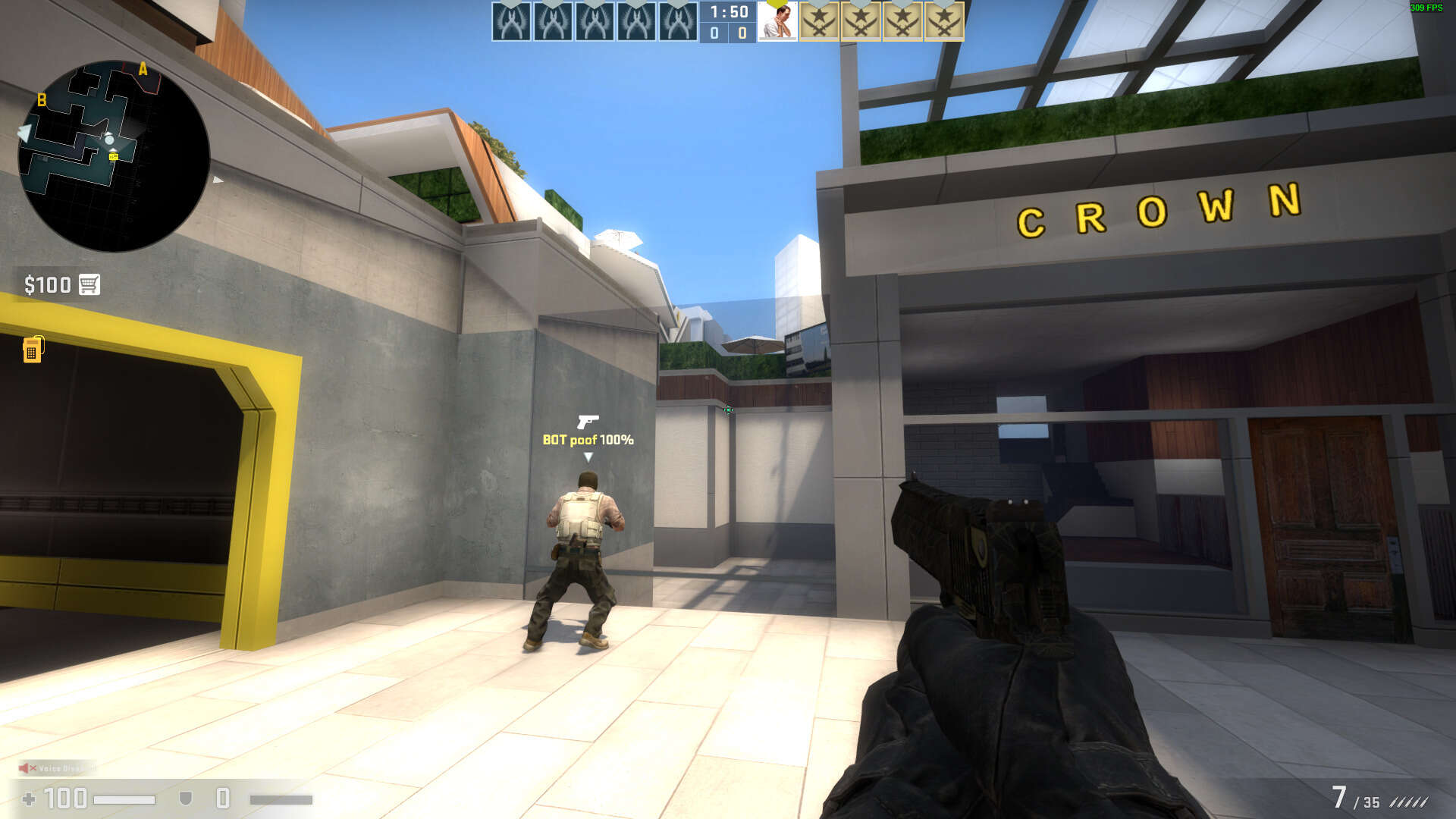 Otherwise, it can turn into a bit of a stagnant peeking match. Split also does a fantastic job at showcasing the difference in movement between the two titles; Valorant being a bit faster, while CS is more strategic.

Bind (https://steamcommunity.com/sharedfiles/filedetails/?id=2052015325) is a bit rough around the edges; if Split annoyed you that the style wasn’t as glamorous as Valorant, then this one will infuriate. This is also the only map of the three, currently, that does not place glass walls to keep teams within their spawn areas as Valorant offers.

However, the primary draw of a map isn’t the decals, it’s how rounds play out within it; and with that, Bind is pretty fantastic. Attempting to dry-peek into Hookah offers the same clench factor in CS as it does in Valorant, and the teleport rooms actually work pretty well on the map which helps facilitate fast rotations. This is the only map mechanic that currently functions; Haven only has two bomb sites and Split works with ladders instead of ropes. 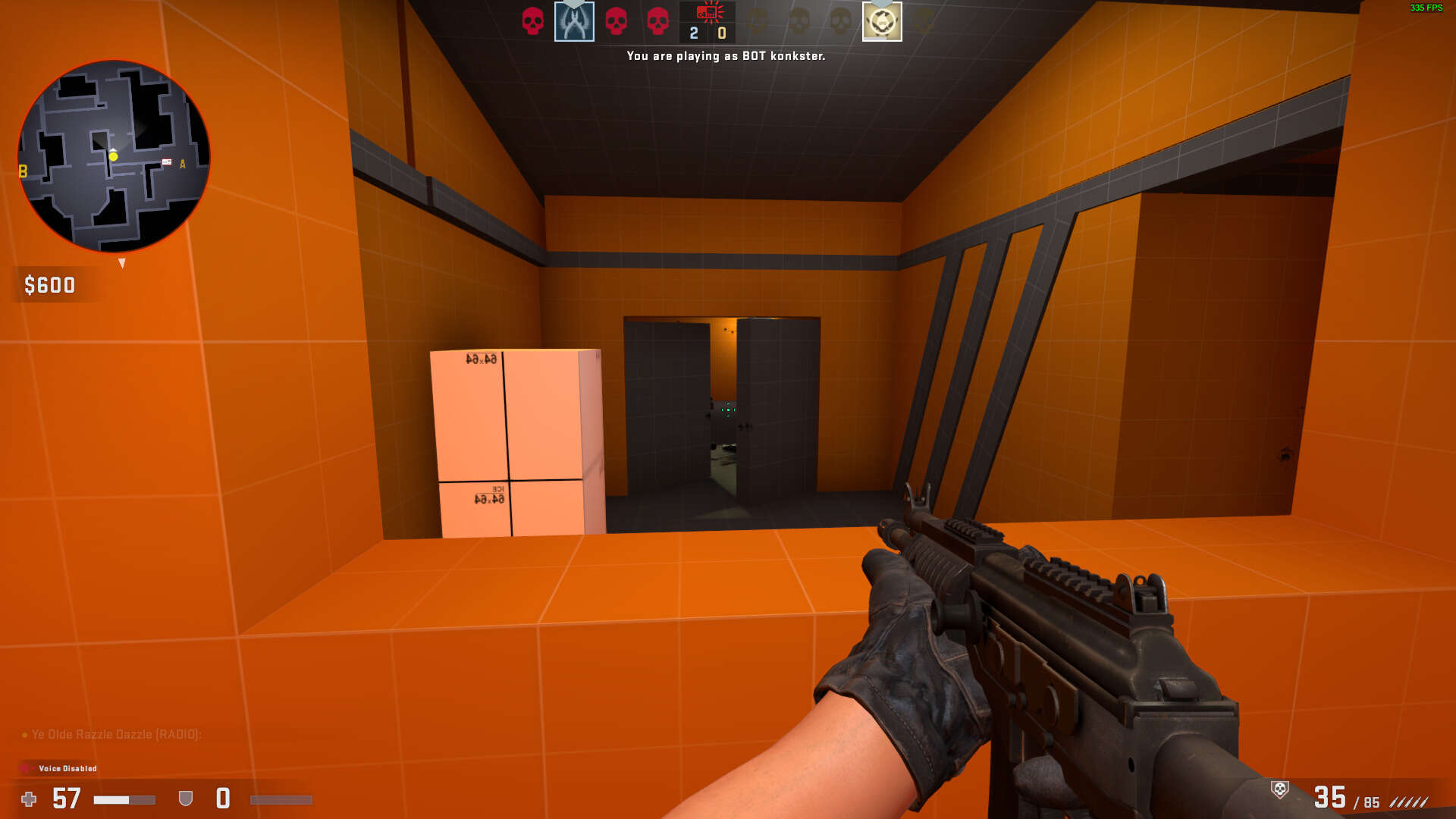 If you could grit your teeth through Bind’s rough appearance, then Haven (https://steamcommunity.com/sharedfiles/filedetails/?id=2119044115) should be relatively simple; enemies are a bit more viewable against bright orange backgrounds that permeate the map, although only using the two outer bomb sites makes rotations pretty annoying; if you guess wrong, you’ve likely lost the round when you hear a plant.

It’s ultimately worth giving all three of these a try, even if they aren’t as polished or refined as the standard CS maps tend to be if only to understand the difference in nuance between the two communities and how their maps play out. Don’t be surprised to find yourself enjoying Valorant maps, even without the Valorant gameplay.