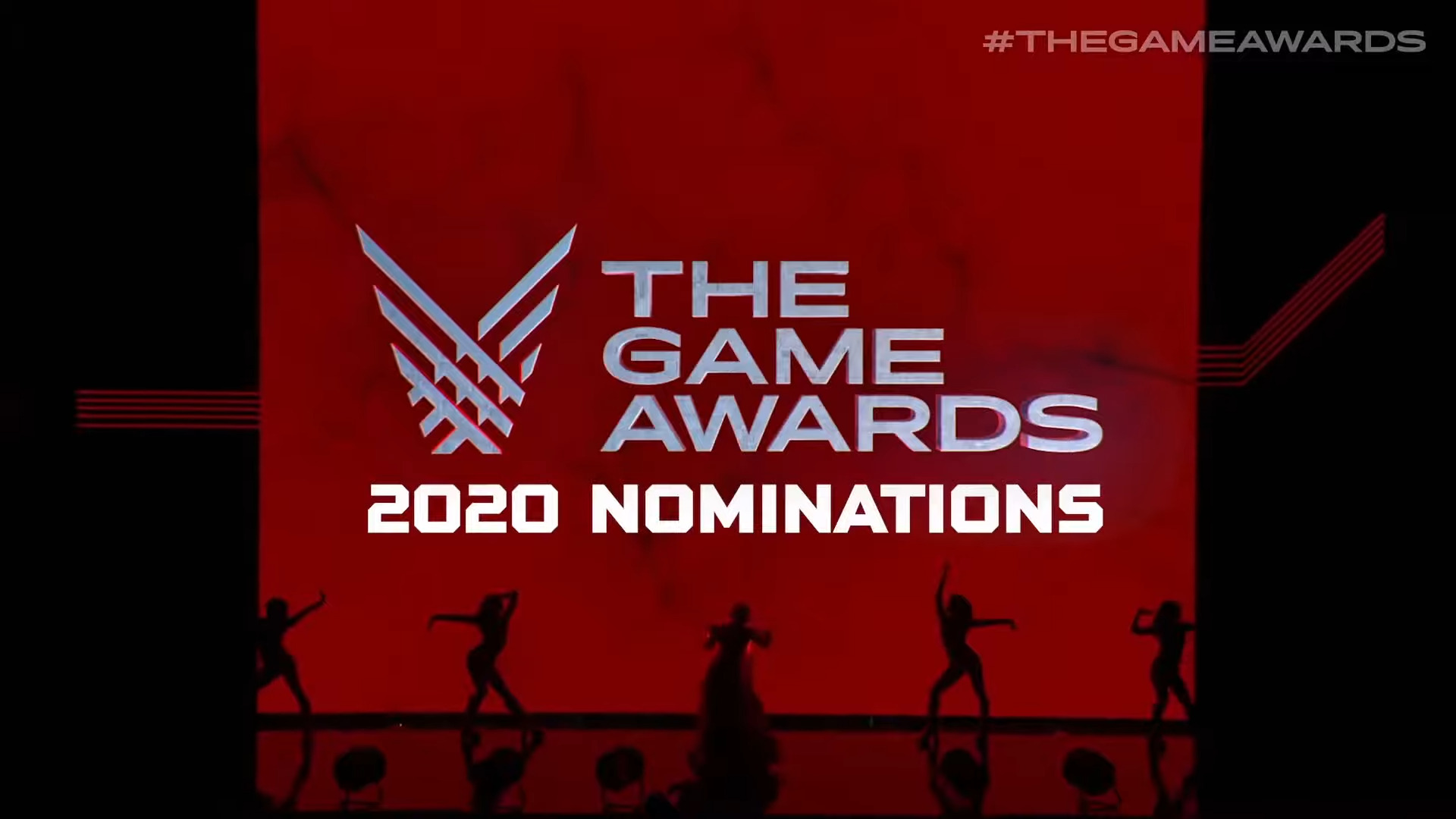 We’ll bypass the low-hanging fruit regarding easy jokes made about voting and whether or not the titles that lose will readily concede, and instead focus on the absolutes.

The Game Awards are gearing up for another show on December 10 (which will be live-streamed and likely just as popular as they were last year), and the six titles that have nudged their way into the Game of the Year contention have been known. With it comes a few surprises, as well.

RELATED: Despite the Jokes, the New "Xbox Series X" is Actually Just Called "Xbox" After All

Doom came back into action with ripsaws, gore all over the screen, and the steadfast Doom Guy slaughtering hordes of demons across a few spectacular maps.

RELATED: Remedy's Control Is One Of The Top Performers In Nominations For The Game Awards

With brutal difficulties and near non-stop action, the title also had a few missteps that were difficult to suss out.

id Software opted for Denuvo Anti-Cheat (DAC) that rendered the game unplayable for many people; adding anti-cheat to a multiplayer-optional title makes sense, but DAC, in the minds of the consumers, overstepped their boundaries between ensuring that people were playing fair, and tended to simply not let people play.

People tried to refund as id Software had fundamentally altered the title to an unplayable state, there was a lot of weeping and gnashing of teeth, and id Software then opted to remove the anti-cheat from the title.

There was also an oddly tumultuous fallout between id Software and the standard composer for Doom, Mick Gordon. With vague tweets abounding from all sides, id Software officially announced that they’ve parted ways with the legendary name of their consistent composer.

Doom Eternal, at its heart, is the face-paced shooter that specializes in brutality and scaring the hell out of hellions with only a few sour notes regarding post-launch support.

Users are simply hard-pressed to find a more attractive title than Final Fantasy 7 Remake; everything from the modeling to animations are of astounding quality, noticeably ramped up from Final Fantasy XV’s impeccable quality.

The story has been the heart of this title and is arguably the reason that the epic ballad of Cloud Strife has cemented itself in the mind of millions of gamers on an international scale.

So when Square Enix realized that they could dice this saga into multiple parts, forcing in new storylines that many found weak (poor Jessie) that millions of users will continue to purchase in each iteration (including the inevitable ‘final edition’ that will have all parts together), a couple of older players are a bit annoyed. If nothing else, it’s hard to argue that they mucked up the reveal of Sephiroth when you compare the pacing of the two titles.

Part two of this remake is thought to offer the rest of the content on disc 1, which is currently rumored to drop in Fall 2021. Presuming they maintain this drip-feeding of content (with jaw-dropping aesthetics), we should have the rest of Final Fantasy 7 Remake in eight parts concluded by 2030, being four discs of content made into two separate releases each with roughly two years between them.

It’s a controversial contestant in the running, yet many found themselves fine with the slower pace (and diced arcs) that Final Fantasy 7 Remake offered. This is an extremely polarizing title; many that fondly recall the original have eschewed the remake, while others have celebrated the remake for bringing a grander storyline to a new generation.

There’s absolutely no denying that Square Enix has brought character models and animations well into the next generation before the rest of the studios, and the combat is a blast when everything is functioning as it should.

It’s an absolute shame that Ghost of Tsushima is a PlayStation exclusive because many gamers are simply not going to be able to explore the sense of unbridled freedom and roughly-hewn tales of misery and bravery in equal parts that Sucker Punch deftly portrays.

Frankly speaking, if it doesn’t make the Game of the Year, Sony has only themselves to blame.

Sucker Punch managed an open-world game where characters actually want to explore; there isn’t much of a sense of repetition that other open-world titles have become known for; chasing quests is a delight just as readily as meandering around fields and taking in the graphics.

Photo mode alone will likely take up a few hours of your life, and that’s before you dig into the meaty combat where a single sword-stroke can mean an untimely death.

The camera can offend some, getting occasionally caught on tent flaps and auto-targeting can easily result in a helpless villager being sliced apart while you’re actively attempting to save them, but the scope and execution of this title are easily in the top five titles of the past decade.

It’s worth purchasing a PlayStation for, and that is an extremely rare sentiment.

It started as an Epic Games exclusive, then rolled into Steam in the Early Access program where it caught a hellish amount of momentum.

Playing as Prince Zagreus, the presumed son of Hades himself, you’ll murder your way through Hell time and again to escape the join the other gods, maybe even find your mother. The rogue-lite action-RPG plays fast and furious, with boons coming your way that will fundamentally alter how you play each time.

Hades enjoyed a brilliant time in Early Access, keeping notes readily seen regarding when upcoming content would drop that kept fans from clogging up avenues of communication on forums, and then they consistently delivered on the promised dates.

It’s fast, fluid, and a Hell of a lot of fun, even if Supergiant Games takes a few liberties with the sprawling Greek mythology.

Here’s an interesting title that may some believe is only within the running based on the strength of the franchise, alone.

Animal Crossing has been a beloved staple of Nintendo for years at this point, but New Horizons has soured some to the gameplay.

This, in turn, means that you’ll need to constantly ensure that you have the resources needed to craft whichever tier of tools you’ve been using, and then inventory management rears its head and forces players to juggle the resources around to ensure that they can craft. Queue hours of shaking trees, cutting them down, replanting them, finding the ore every day (if it spawns), entering every villager’s house to hope that they’re working on something on the craft bench so you can get a new recipe, and you can turn off the title.

Get ready to do the same routine tomorrow.

It has frustrated many, and more than once Nintendo has announced upcoming content only to watch the prior Animal Crossing title, New Leaf, begin trending yet again. The content continues to pull back and reveal content that has usually long been within the franchise, with fireworks and snorkeling both receiving grandiose reveals that had fans scratching their heads.

Add onto this that discovering new furniture can be tedious at best (unless you have online and participate in recipe swaps) and that the characters have had all sense of personality scrubbed from them (even after talking to them multiple times), and the tenuous balance that Nintendo is struggling to straddle becomes a bit clearer.

Still, AC: NH brought about the ability to customize your island as you see fit, and crafting furniture has its bright spots when you aren’t getting frustrated about the inability to find specific resources.

The Last of Us Part 2 – Naughty Dog / Sony Interactive Entertainment

People were frustrated by having to play as a controversial character halfway through this game, and they also killed off a beloved character in a particularly gruesome manner.

This led to a lot of people being frustrated, and some claiming that Naughty Dog adding muscular women is somehow indicative of an agenda. Queue thousands of forums where muscular women were posted, people became upset that women could have muscles, and more than once the forum rants regarding protein and nutritional intake of an individual in a post-apocalyptic scenario made for interesting midnight reading.

Yet fans were furious because Naughty Dog brought these characters to life in ways that haven’t been done before; fans were living vicariously in a precisely-crafted apocalyptic reality and the heart hurts multiple times throughout both titles.

TLOU2 got some undeserved hate, and pundits and critics were far too ready to spurn it for the sake of earning some fast and easy internet cred.

The combat can be iffy, but the sense of character development is far more potent than anything Hollywood has cooked up in the past decade.

How are the winners determined for #TheGameAwards? 🤔

You can vote for whichever title that you believe is most deserving of the Game of the Year award, and just like voting elsewhere, you don’t even need to have a decent reason (or understanding) for your vote to be counted with everyone else’s.

GAME OF THE YEAR AWARD 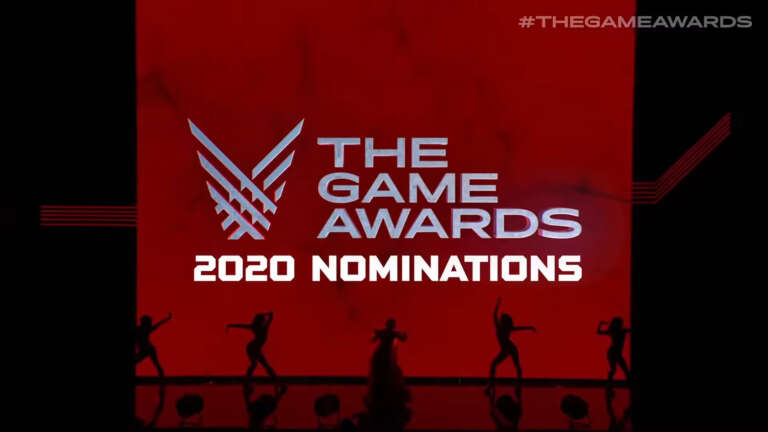 Nov 19, 2020 Chris Miller 3550
We'll bypass the low-hanging fruit regarding easy jokes made about voting and whether or not the titles that lose will readily concede, and instead... 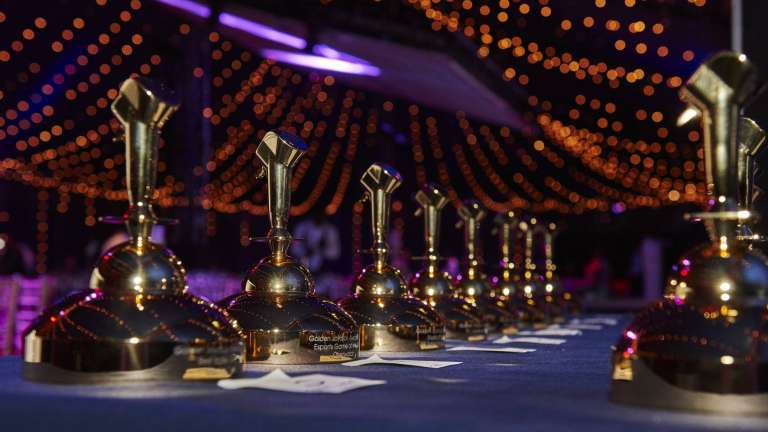