Should You Do The Ibrahima Niane Ligue 1 POTM SBC In FIFA 21? Three Weeks In And This Card Is Already Behind The Curve 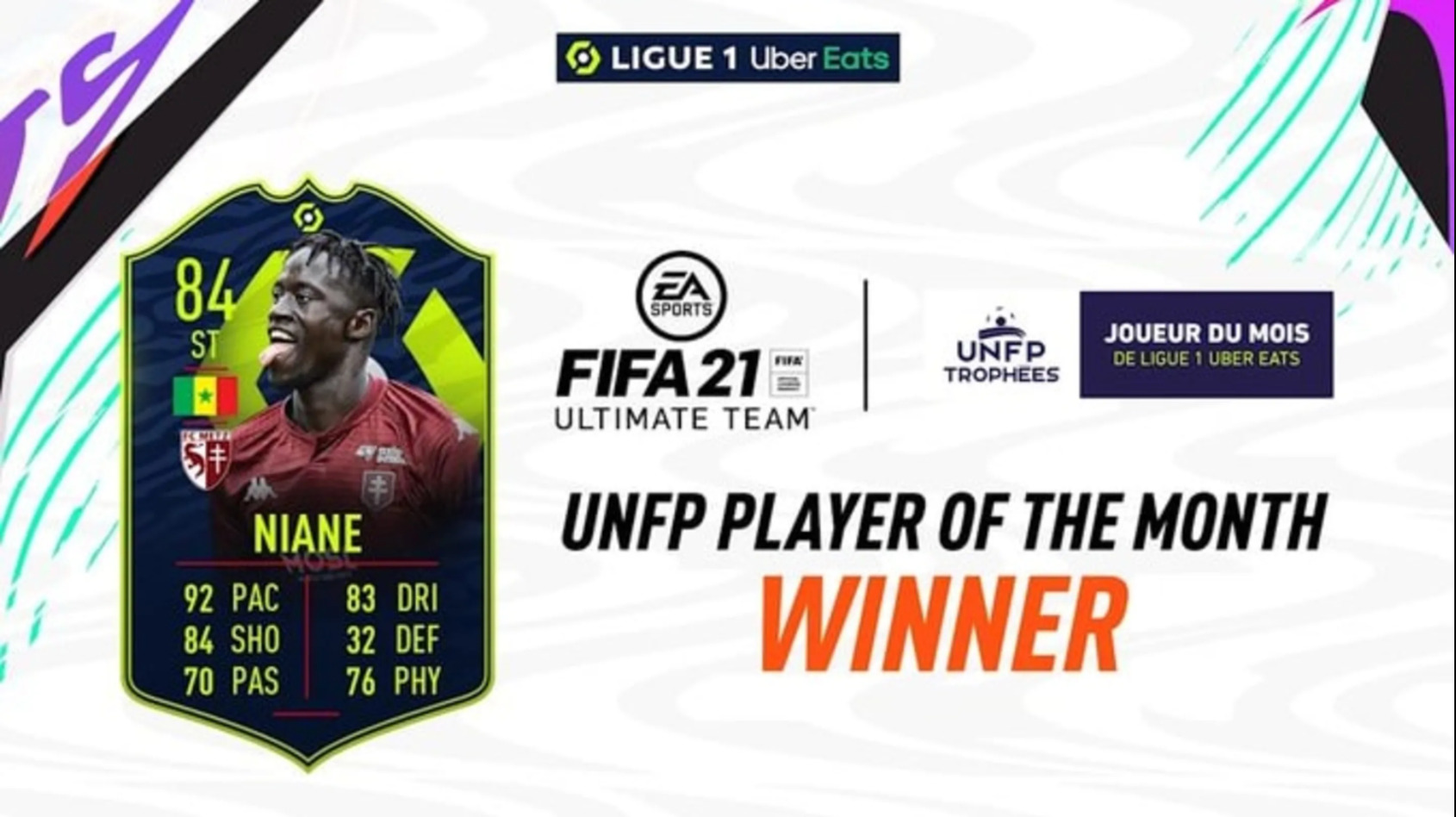 Ibrahima Niane is awarded the POTM for the French League and gets an SBC in FUT 21. This 84-rated card requires an 84-rated squad with a TOTW player and 1 Ligue 1 Uber Eats player. It’s not the most expensive card in the world, but it’s also already a fair bit behind the power curve in FIFA 21.

Sure, Niane’s pace is pretty solid, but his other stats (as well as 3-star, 3-star skills and weak foot) mean that this card is already a bit too overpriced compared to the other cards you can pick up on the market. Due to the crashing prices of the market, even Ben Yedder’s base card is hovering around 70 to 80k right now.

Taking @Ligue1UberEats by storm at the end of September, Ibrahima Niane is your @UNFP#POTM#TropheesUNFP#FUT21pic.twitter.com/ExOzZNwPxi

RELATED: Monster Train Is A New Roguelike Deck-Building Game That Has Just Entered Its Closed Beta, Interested Players Can Register On Their Main Website For Access Until March 19

As a result, this Niane card might not be worth doing. It’s a shame that the power creep in FIFA 21 has already hit three weeks into the game cycle, but 40k for an 84-rated card that only really has blistering pace just doesn’t cut it. Here’s a rundown of the stats to see what I’m talking about. (Thanks FUTBIN). 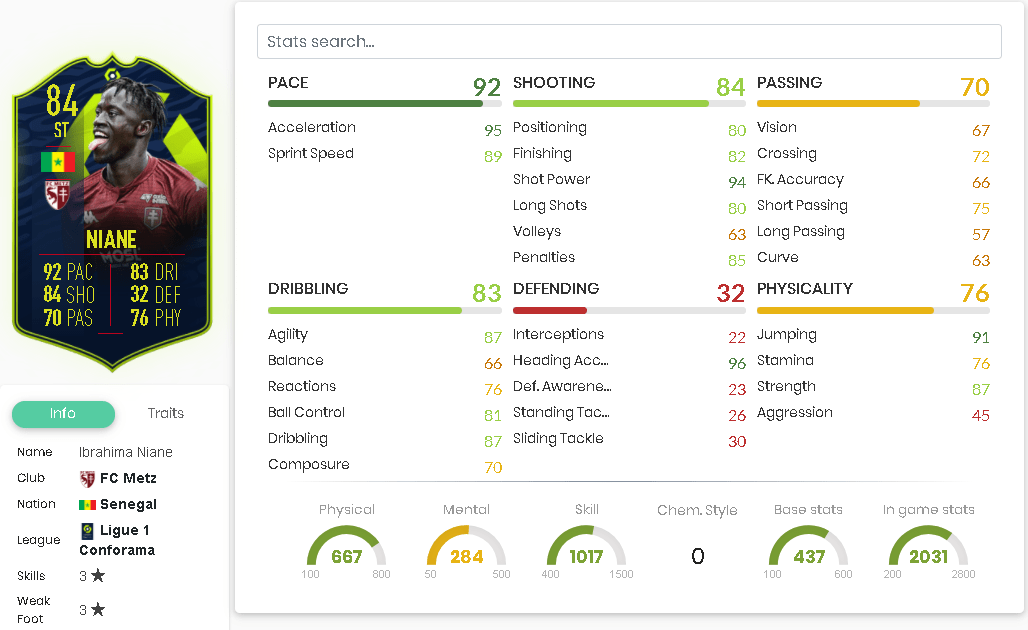 First up, the positives. Niane has 95 acceleration and 94 shot power, both pretty great stats. He also has 91 jumping, perfect for the crossing meta in FIFA 21. His shooting stats are just fine. As a player in the French League, he’s also pretty easy to link, although the Senegalese link is a little more tricky.

That’s about as far as Niane’s card goes. There are a few key areas that let the card down in terms of stats, including the 76 stamina, 66 balance, and 70 composure. It’s not that he’ll feel clunky on the ball, but with only 3-star skills and low balance, he might find it hard to turn and take a shot in the box.

Compared to other strikers on the market right now, 40,000 coins for this card is a bit crazy. Memphis Depay is coming in at around 40 or 50k and is a far better card than Niane, and you can pick up Ben Yedder’s base card for a few thousand more coins. That way you get a better card and save some of your coins.

Sure, most people will probably already have a fairly stacked club, even with a couple of throwaway informs that you can dump into this SBC. However, even though Niane might come in useful as a first-owner French League player one day, I just can’t recommend this SBC. 5/10.