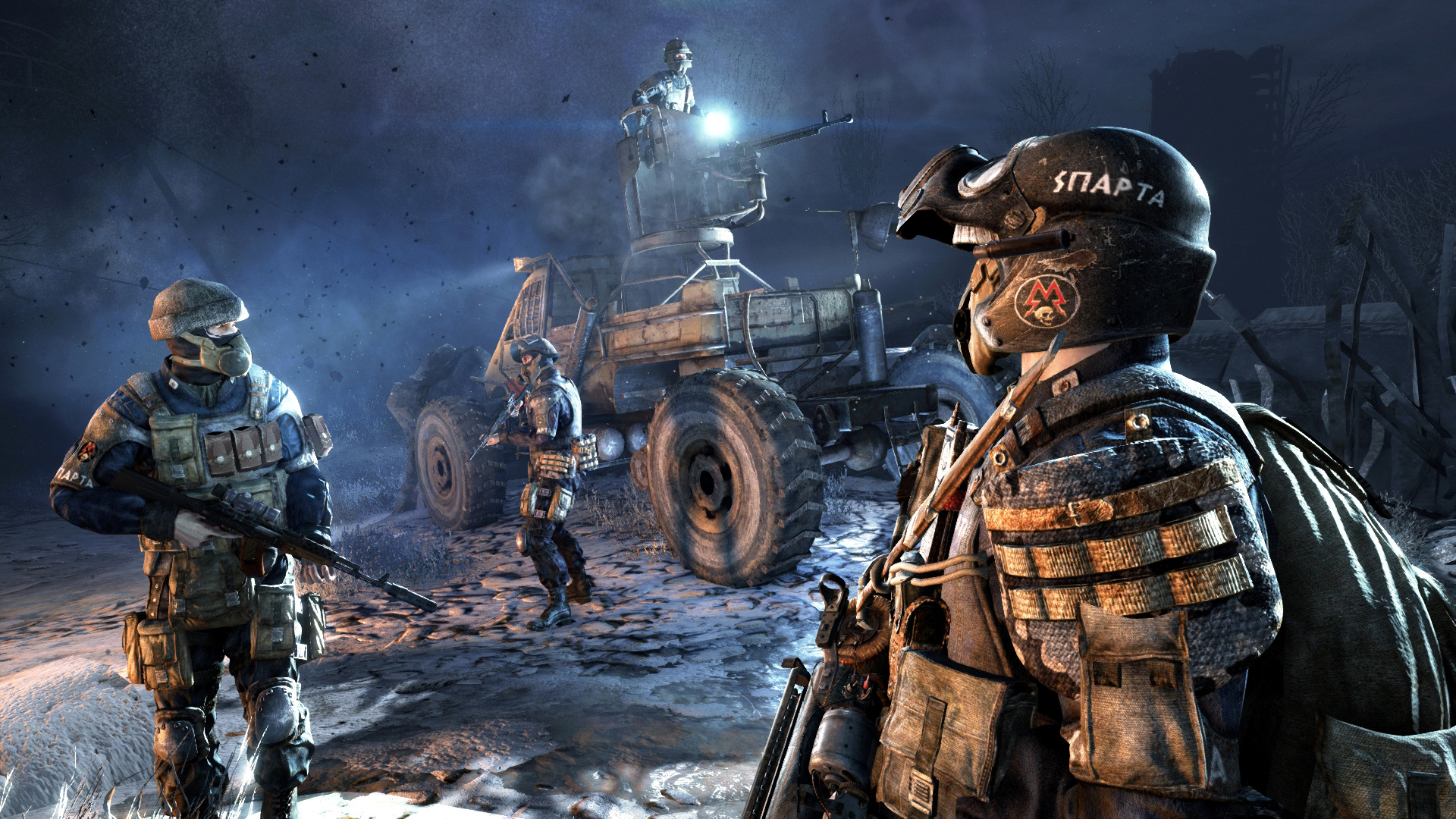 Before Metro Exodus was released, there was Metro 2033 and Metro: Last Light. The first game in the series, Metro 2033, was more survival horror based while the sequel took advantage of protagonist Artyom’s battle experience.

Several popular games have been ported onto the Nintendo Switch since the console’s release in 2017. Now the double game collection, Metro Redux, may soon be available for Switch owners.

The Metro series is based on the novels by Dmitry Glukhovsky. The bundle summary on the Steam store states: “Brave the horrors of the Russian apocalypse – equip your gasmask and an arsenal of hand-made weaponry as you face the threat of deadly mutants, human foes, and the terrifying environment itself. Both games Metro 2033 and Metro: Last Light, and all downloadable content included – Metro Redux includes two complete games that combine to create one epic solo adventure, plus a further 10 hours of bonus content.”

The rating doesn’t come as a surprise since both games contain large amounts of violence.

The PEGI description stats that it contains “depictions of violence” and “bad languages.”

Surprisingly, there are no descriptors for the racier adult content that appears in Last Light or the use of alcohol. These descriptors may be added at a later time.

A Mature 17+ rating from the ESRB is likely.

The Nintendo Switch version of Metro Redux was accidentally listed on a retailer in October but was eventually removed. This “accident” was the first glimpse at a possible Switch port.

Switch owners may wonder if a Metro Redux port is possible. CD Projekt Red made it possible to port The Witcher 3: Wild Hunt onto the Switch’s cartridge plus a digital download through the Switch eShop, a 28.1 GB file.

As for the fate of Metro Exodus, a Nintendo Switch port is unknown. The game is still tied to the Epic Game Store for PC owners, while console players have enjoyed the title since launch.

Metro Redux was previously released on PC, PlayStation 4, and Xbox One in 2014. The official Nintendo Switch release date has not yet been announced but is likely to happen soon.

Feb 4, 2021 Jeremy Green 5130
The Epic Games Store has another batch of free games that PC gamers can claim right now. In the bunch is the apocalyptic FPS Metro: Last Light...

Dec 30, 2020 Harry Alston 4740
To celebrate the end of GOG.com's Winter Sale that has been running throughout the course of December, you can now pick up Metro: Last Light Redux...

Nov 29, 2020 Lisa Nguyen 7320
Developer 4A Games still has much in store for fans of the Metro series. The company recently released a long blog post announcing their plans, along...