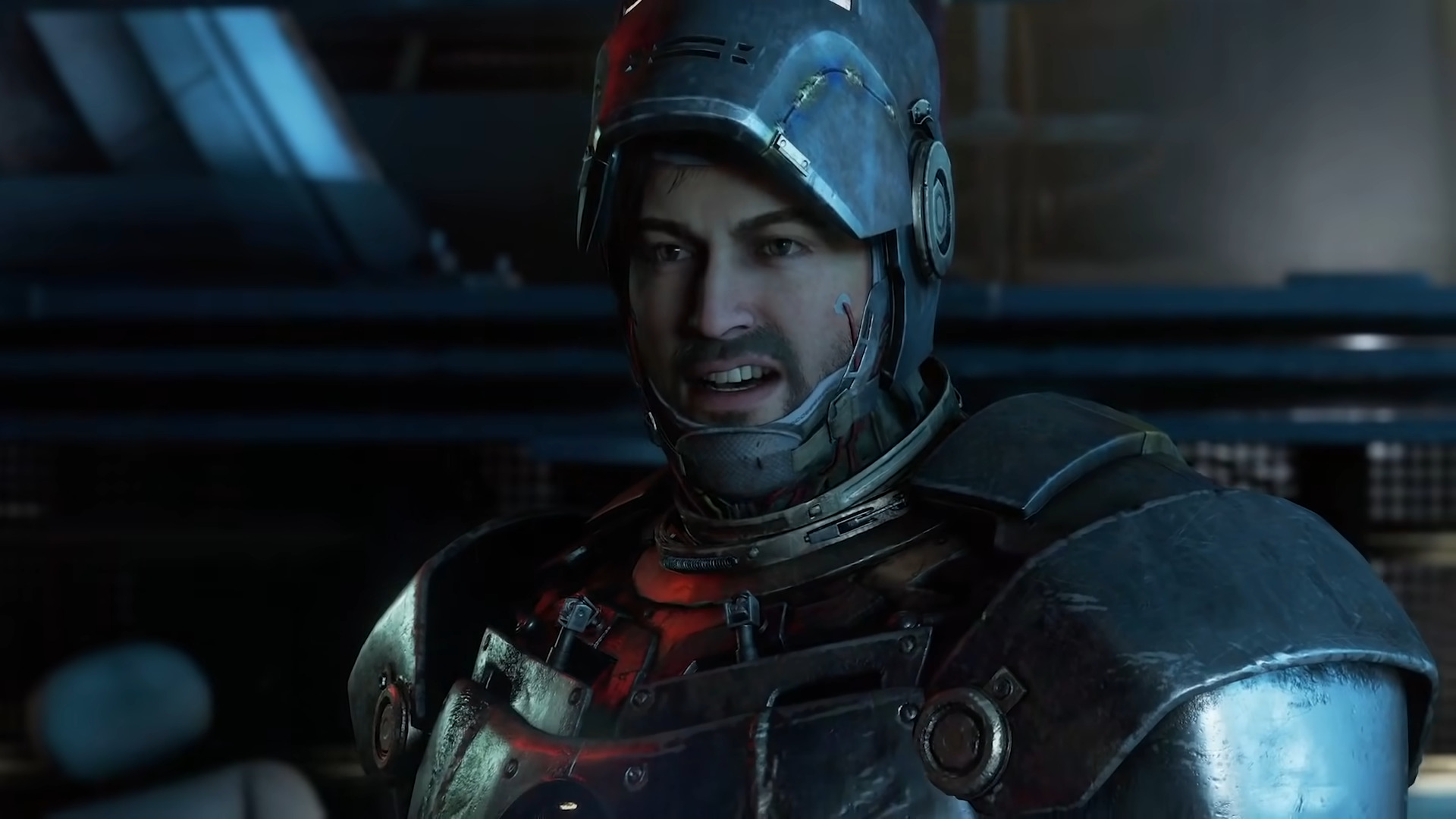 So as we weathered the inordinate amount of vitriol directed towards us for stating that many were already concluding that the upcoming Marvel’s Avengers would be ‘forgotten in a week‘, we were absolutely open to the idea that somehow the ‘games as a service’ platform that publishers have been eagerly eyeing for years as a means to consistently churn money would surprise everyone.

It hasn’t, and the level of surprise from critics is admittedly low.

Marvel’s Avengers released earlier this month on September 4, 2020, meaning that we’re currently less than a month away from its launch date. In spite of this, statistics for PC show that the title has flatlined at an impressively quick rate. 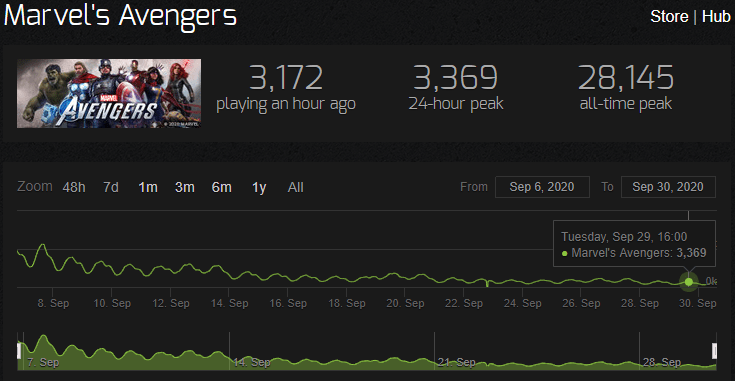 As of writing, Marvel’s Avengers all-time population peak on Steam was 28,145 on launch, which has quickly trickled down into a population of roughly 3K a day.

"I was hoping for more of a fight."

For comparison, Human Fall Flat consistently beats that (even before the recent release of the Golf level and the skin competition) by boasting a standard daily peek of roughly 7K. To say that things are looking dire would be an understatement.

Considering that there were ample warnings from critics well in advance of the title actually releasing brings a level of preposterousness wrought by pride and ignorance from two massive developers that, frankly speaking, should have been able to offer more. 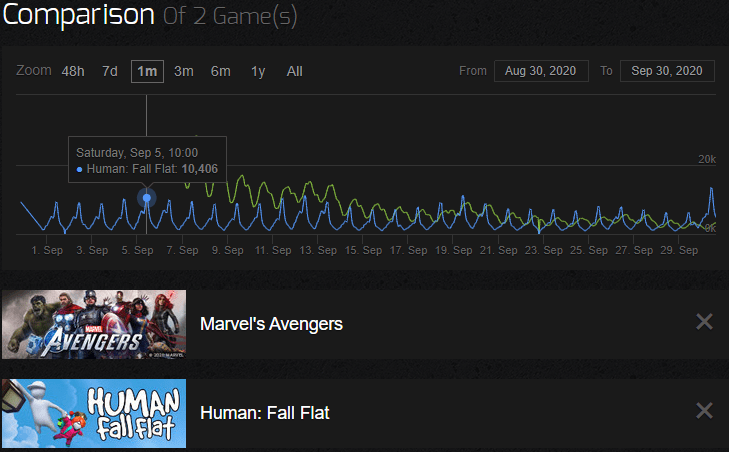 Even the massive patch that boasted to fix 1,000 issues couldn’t help the repetitive gameplay and bullet-sponge enemies that simply become exhausting to play as there simply isn’t enough variety in the core gameplay loop to keep even the most fastidious Marvel fans active.

There’s a lesson somewhere in this mire regarding focusing on a game instead of catering to every willing advertiser with a pulse and a bank account, but it’s lost somewhere between faceless enemy 14,149 and enemy 14,150.

Unfortunately, while it’s simple to preen our own feathers for offering the warning call well in advance prior to release, frankly echoed throughout many outlets, it’s also frustrating that Square Enix and Crystal Dynamics came together with near-infinite cash and licenses and failed to come up with a competent offering that allowed fans to live out their dreams with friends, playing the roles of superheroes set against an international backdrop.

There’s still hope for the Marvel’s Avengers in the future, but it admittedly isn’t looking fantastic regarding an outlook at the moment. If it’s any solace, it wouldn’t be the first title to be withdrawn and brought back to the drawing board after a deafening silence, but with the number of advertisers in play here, it isn’t likely.

Blizzard Has Begun Performing Shadowlands PTR Stress Tests In Lead Up To World Of Warcraft: Shadowlands

Aug 31, 2022 Tom Lee 1160
In the early days of 3D gaming, Tomb Raider was a seminal title that made Lara Croft famous. The legendary game from Core Design, which served as one...

Aug 3, 2022 Tom Lee 940
Upon Square Enix's advice, crystal Dynamics issued a DMCA strike to a Patreon supporter who read a portion of the script for the upcoming Tomb Raider...